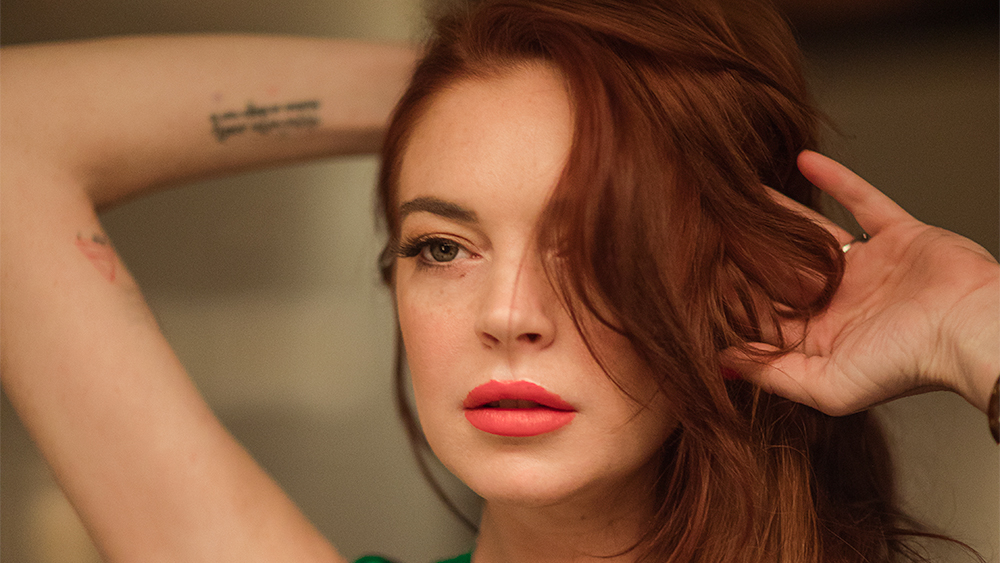 On Jan. 3, 20-year-old TikTok user @shhlana — who generally posts about TV shows such as “Julie and the Phantoms” and “The Wilds” — posted a TikTok saying, “Guys, I think I’m going to have to come out to my parents soon.” Last week, she posted an update, saying she had not yet talked to them. “But hear me out,” she said. “What if I got Lindsay Lohan to tell my parents? She’s on Cameo right now. And wouldn’t that be iconic?”

Well, Lohan did do a Cameo for Alana, but no — she didn’t think it would be right to come out for her.

Instead, the actor-entrepreneur offered Alana kind-hearted words of advice: “Hi, Alana, it’s Lindsay Lohan. I know that you are about to take a very big step in telling your parents who you truly are and what you want them to accept of you — and I think you should do it yourself. I think that coming from you, you’ll feel a lot of power and strength. And it’s important that you are who you truly are, and that you love yourself and that you can live by that and tell your parents that.”

The TikTok with Lohan’s sweet response went viral, with more than half a million views and counting since she posted it on Sunday. It’s been posted on Twitter as well. Soon the press caught on too, with outlets like E! Online and People writing stories about Lohan’s encouragement. The coverage, in fact, caused Alana to hurry up and talk to her parents: In a subsequent TikTok Monday, she said she came out to them because she “didn’t want them to find out on the internet.”

Heartwarming, yes? But on Tuesday, Alana told Variety that she had gotten a message from the Lindsay Lohan Cameo account asking her to take the video down. A screenshot of the request said: “Hi! Just wanted to ask if you could take the cameo down because it was private for your use only.”

And so it remains up. Alana — who goes to UC Berkeley, is doing virtual school from her home in Southern California because of the coronavirus pandemic and asked that her last name not be used — said that the idea to ask a celebrity to come out to her parents for her “came into my head randomly.”

She scrolled through Cameo looking for the right person — and saw Lohan. “I had no idea she was on there,” Alana said. “And I thought, ‘Wow, this would be so amazing.’ I grew up watching Lindsay in all of her movies. Like ‘The Parent Trap,’ ‘Freaky Friday’ — all those movies basically were my childhood.”

When Lohan sent the Cameo, it came with a message that she could redo it, Alana said, if she wasn’t satisfied with it. “I ended up like messaging her and telling her, ‘No, thank you. This was amazing. I’m definitely inspired.’”

She hadn’t been sure that she would post the Cameo to TikTok if Lohan actually had done what she’d asked, Alana said. She changed her mind when she received Lohan’s supportive words: “My initial reaction was, ‘I know there are so many people out there who need to hear this message, who are also struggling whether or not to come out — whether or not to be true to themselves.’ I didn’t think it was gonna blow up — whoever saw it, that was enough for me.”

Yet blow up it did. Other than the occasional comment that she should demand a refund, the TikTok has garnered support for Alana — and love for Lohan. “2 QUEENS. I am crying,” read one comment.

As for Alana’s coming out — she said she identifies as bisexual or queer — mission accomplished. In the rush of publicity, she talked to both of her parents separately on Monday. “It was definitely a little nerve-racking, a little emotional.”

Lohan’s request aside, Alana plans to leave the TikTok up, and said she’s “confused” about why Lohan would want it removed. In the end, she got exactly what she wanted out of the experience — even in a circuitous way.

But as for the naysayers in the comments saying that Lohan should have done what Alana originally requested, she disagrees: “I actually am way more grateful that she sent that instead.”

Lindsay Lohan is making a return to music after a 12-year hiatus.

The former child star-turned-singer-songwriter-turned-Mykonos-based businesswoman posted a mysterious 30-second clip to her social media accounts today, captioning it with nothing but “I’m back!” and a pre-save link.

The teaser centers in on a staticky television, flashing between moments from Lohan’s career as her name is echoed by disembodied news anchors. Lohan is seen on the news, at red carpets, partying in Greece, being harassed by paparazzi and dancing in the music video for her 2004 hit “Rumors.” The voices and videos speed up, the television explodes and a smiley face logo flashes across the screen as Lohan says matter-of-factly, “I’m back.”

Lohan similarly teased a new single in August 2019 titled “Xanax.” She previewed the track on Virgin Radio Dubai’s “The Kris Fade Show” and even posted part of the music video to Instagram, but it disappeared mysteriously and the song was never officially released. However, the pre-save code is a good indication that new music is bound to hit streaming services this time.

Lohan first ventured into music in 2002 when Emilio and Gloria Estefan signed her to a production deal. Her starring role in “Freaky Friday” resulted in her first single, “Ultimate,” but it was the four songs she recorded for the 2003 film “Confessions of a Teenage Drama Queen” that sent her soaring to pop stardom.