‘A Banquet’ Review: Female-Forward Horror Movie Is Starved for a Good Scare 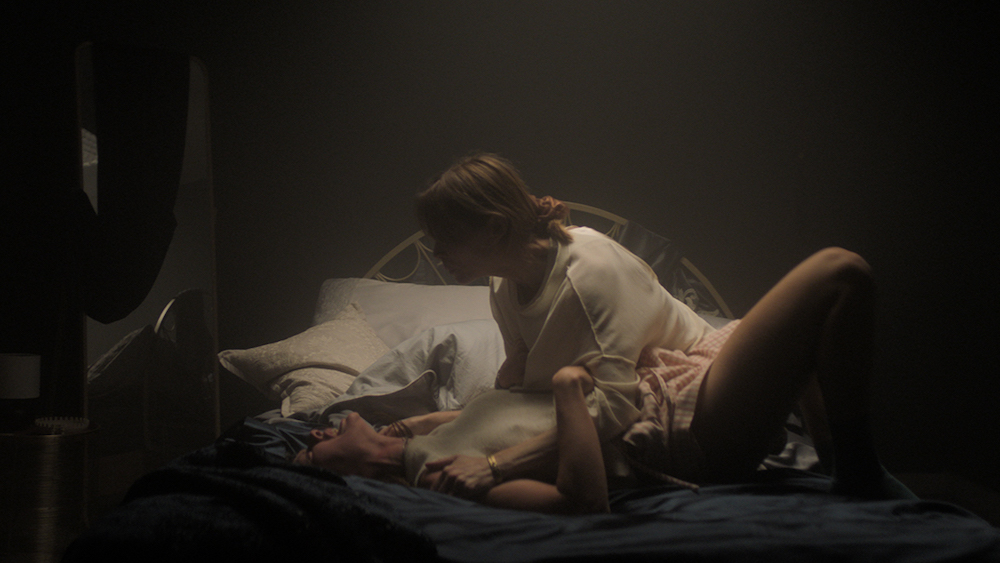 There’s a lot going on in “A Banquet,” an atmospheric horror about a family who’s put to the test while attempting to heal from tragedy. Compelling themes centered on anxiety, possession, motherhood, nourishment (and the lack thereof), doomsday dread, hysteria and faith are funneled through the lens of multi-generational feminine trauma. And while having myriad plates spinning is perfectly pleasing in this cinematic buffet, director Ruth Paxton and screenwriter Justin Bull bite off more than they can chew, struggling to bring their salient commentary into focus.

Holly (Sienna Guillory) is slowly approaching her wits’ end. Still reeling from the shocking suicide of her terminally-ill husband months prior, the worried widow is trying to get her family’s life back in order, maintaining some semblance of normalcy despite the slow drain of the family’s finances. Her eldest daughter Betsey (Jessica Alexander) is also having a tough go at life since she witnessed her father’s death. The 17-year-old is rudderless, caught between the possibilities of her once-bright future and the unending questions about life’s futility. She’s been slacking off at school, alienating herself from chums, and cloaking her grief in a goth-girl wardrobe. But through all the turmoil, Holly’s managed to keep youngest daughter Isabelle (Ruby Stokes) content and her overbearing, caustic mother June (Lindsay Duncan, who threatens to run away with the show) placated.

However, Holly faces her toughest challenge yet when Betsey returns from a party one night after being lured into the forest by witchy whispers and spiritually enchanted under a blood red moon. She confesses to her mom that her skin tingles, and she suffers from bouts of extreme nausea when food’s around. At first, Holly chalks it up to a bad hangover. But as multiple days pass, her daughter’s attitude and appetite change severely, leading Betsey to dump caring boyfriend Dom (Kaine Zajaz) and have horrific, violent outbursts if forced to eat. Doctors are baffled by the tempestuous teen’s mysterious condition, as it’s nothing viral and her weight remains unchanged. Betsey insists her body is now in service to something greater than herself, yet Holly suspects something sinister is afoot.

While the filmmakers find great success connecting the four women’s relationship dynamics through the pain, anger and resentment that’s been allowed to fester over time, the execution could use a bit more streamlining. Character perspectives frequently shift in order to expand the narrative when it would be beneficial to remain intently focused on either the bereaved, bedraggled mother or the possibly-demonic daughter. The movie places both protagonists on equal footing when really one of the pair should remain the dominant storyteller. Giving both points of view the same weight could be a clever technique to keep us guessing as to who holds the power in this tenuous relationship, yet that’s not made definitively clear. And while it’s fascinating to see Betsey’s relationships with June and Isabelle disintegrate (with June growing adversarial and Isabelle becoming collateral damage), it opens the door to melodramatic, predictable scenarios that render the third act emotionally inert and unsatisfying.

On the technical side, Paxton explores layered storytelling methods to further augment the narrative’s moody magnetism through meaningfully conceived aesthetics and spooky soundscapes. She deftly demonstrates a visual and auditory dexterity in crafting and capturing the insular, intimate world these characters inhabit — from the staging of the oppressive familial conflicts in their domestic confines to the conceptualizing of Betsey’s intense fear of food through heightened, sweetened sound design. Their house, with its darkened walls, sharpened corners and awkward layout, is symbolic of these ladies’ claustrophobic psyches. While those design choices bolster the film’s themes, most of this craftsmanship takes place in the first half of the story, fading away by the stagnant second half, which ends in a flurry of confusion.

The filmmakers raise some interesting points, but it becomes an exercise in frustration to interpret the calculated connection between disordered eating, the metaphysical, and religious, medieval martyrdom. With nary any tangible scares, or much to truly unnerve or unsettle except from an empathetic humanistic standpoint, this feature-length directorial debut is assured, but far too ambiguous for its own good. It’s clear that Paxton and Bull busy themselves pulling from their modern inspirations — predecessors like “Take Shelter” and “Melancholia.” Nevertheless, their homage fails to reach the same unnerving crescendo of those films, as audience investment in the characters and their travails wanes.