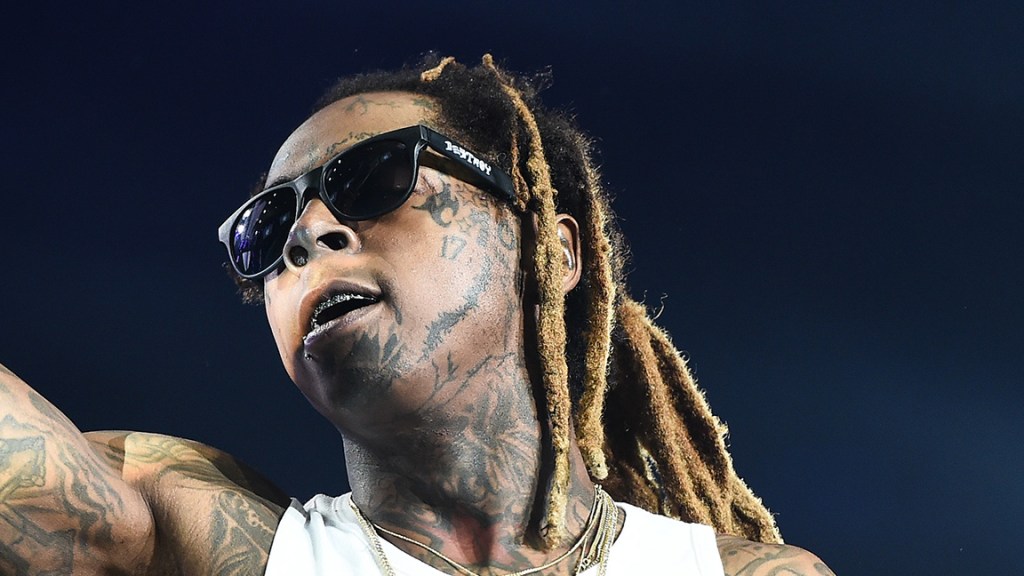 Rappers Lil Wayne and Kodak Black are among the celebrities in line for President Donald Trump’s pardons.

According to a report from Bloomberg, Trump is considering pardoning Wayne, with whom he posed for a photo during the presidential campaign. Wayne pled guilty in federal district court in December for illegally possessing a loaded, gold-plated handgun, while traveling to Florida on a private plane in 2019. He could serve up to 10 years in jail, a decision that will be announced during a sentencing hearing on Jan. 28. The rapper previously served eight months in jail in New York, after being convicted of criminal possession of a weapon.

Just had a great meeting with @realdonaldtrump @potus besides what he’s done so far with criminal reform, the platinum plan is going to give the community real ownership. He listened to what we had to say today and assured he will and can get it done. 🤙🏾 pic.twitter.com/Q9c5k1yMWf

Also on Trump’s list is Florida rapper Black, who in 2019 was sentenced to 46 months in prison on federal weapons charges. Black (born Dieuson Octave) admitted to lying on background-check forms while buying multiple firearms. Two of the weapons were later found by police at crime scenes, including one with Black’s fingerprints and a live round in the chamber that had been used to fire at a “rival rap artist,” according to the New York Times.

Rapper Lil Yachty and Baltimore Ravens quarterback Lamar Jackson publicly lobbied Trump to pardon Black, who wrote in a now-deleted tweet that he would donate $1 million to charity if Trump released him.

Individuals on Trump’s list, who he hopes to pardon in the final week of his administration, also include senior White House officials and family members, according to Bloomberg.

Preemptive pardons are in discussion for officials who have yet to be charged with crimes, including Chief of Staff Mark Meadows, senior adviser Stephen Miller, personnel chief John McEntee and social media director Dan Scavino. Trump’s eldest daughter, Ivanka Trump, and her husband Jared Kushner, both of whom held White House positions, are also on Trump’s list.

President Trump plans on announcing the pardons on what is expected to be his final day in office, Jan. 19.

Lil Wayne Rocks, but Tyler, the Creator Steals the Show at Gov Ball Day One

Prancing and screeching across the stage in a neon green suit and his new blond, bowl-cut wig, Tyler, the Creator stole the show on Gov Ball 2019’s inaugural night. Without special guests or a backing band, the ever-eccentric rapper captivated the crowd with songs from his just-released new album, “IGOR,” as well as fan favorites from his deep catalog. Although “IGOR” has only been out for a couple of weeks, the audience knew many of the lyrics and shouted along fervently — to the heartfelt appreciation of the seemingly surprised Tyler, who also served as his own hype man.

Opening his set with the ominous buzzy synth and syncopated breakbeat of “Igor’s Theme,” Tyler powered through several songs from the new album at a feverish pace, which jolted the crowd even without the album’s long list of celebrity collaborators: “I Think” (not featuring Solange, as it does on the album) and “New Magic Wand” (ditto Santigold). “Who would’ve thought that an album about your heart being broke would be this f—in’ turnt up?” he asked the crowd. “This the No. 1 album in the world right now!”

He slowed down the pace for the heartfelt “Puppet,” which he delivered sitting down, before changing into his usual outfit of shorts, a short-sleeved button-down shirt and a cap to perform some “Flower Boy” and “Wolf” — then it was back to “IGOR.” “Can we wild out for a bit?” he asked rhetorically before plunging into “What’s Good” and eventually the hit “Earfquake.”

“I’m really excited,” he said, introducing the latter track. “I wrote this song, and I’m like ‘I’m gonna write my version of a goddamn pop hit.’ And it’s getting there, slowly but surely — so every person in here that sing along, just know you are f—in’ appreciated.”

Earlier in the evening, Lil Wayne — dripping in Gucci and wearing a large-brimmed white hat that could’ve easily been mistaken for a sombrero —  took the predominantly teenage Gov Ball audience back to the late aughts and early 2010s. But the crowd knew his catalog and responded with a frenzy to “Tha Carter III” and “IV” tracks like “Mr. Carter,” “6 Foot 7 Foot,” “A Milli,” “Mrs. Officer,” and crowd-favorite “Lollipop.” “I used to do these things called mixtapes, you heard of ’em?” he joked, before performing “Rollin’” from 2011’s “Sorry 4 the Wait.”

The set also included some more contemporary material, like his verses from Chance the Rapper’s “No Problem” and French Montana’s “Pop That,” as well as “Tha Carter V” cuts like “Uproar” and “Don’t Cry” — his tribute to the late XXXTentacion, who posthumously provided its hook. Featuring both a live band and his DJ, the combination worked exceedingly well on some songs but fell flat on others, occasionally drowning out the rapper’s ever-intricate wordplay.

Brockhampton brought the biggest production of the day, beginning their set with a flight suit-clad, brooding Bearface singing “Summer” on a moving platform extended above the audience by a crane. A tarped structure on stage was then revealed to be a golden airplane, held up by a massive blue hand, containing Kevin Abstract and the other crew members — who all busted out rapping “Boogie.” “You are now watching the greatest boy band in the mother—in’ world!” Kevin reminded fans more than once throughout the show.

Other standout sets from day one of Governors Ball included a laid-back, soulful display from in-the-pocket contemporary funk kingpins The Internet as well as the outspoken and charismatic Jessie Reyez, who touched on issues like immigration and the #MeToo movement between songs. “Something like over five, six years ago, when I was singing for people and begging people to hear my sh–, I met this producer,” she shared before performing her #MeToo anthem, “Gatekeeper.” “I was so f—in’ happy, man, I prayed in the bathroom… and I came back out and I was like, ‘alright, I’ma sing for this dude,’ and I sang for him — and I was lit! And then he looks at me and he goes, ‘Yeah Jessie, yo