LevelK has boarded Icelandic thriller “Natatorium,” directed by Helena Stefánsdóttir Magneudóttir. The film started shooting on Sept. 14, and is expected to bow locally next year.

Produced by Sunna Gudnadóttir for Bjarstýn Films, marking the company’s first feature film, it’s financed with the support from the Icelandic Film Center and the Finnish Film Foundation. Scanbox, Sena and RUV YLE are behind the project as well.

“I am mostly interested in working on films with female directors and/or scriptwriters, [projects] with high artistic integrity and universal appeal,” says Gudnadóttir, who previously worked on “A White, White Day,” and Iceland’s Oscar submission “Beautiful Beings.” She adds that “Natatorium” has three complex female leads, and 60% of the crew is female as well.

Currently being presented at the Helsinki-based industry event Finnish Film Affair, “Natatorium” zooms in on teenage Lilja who visits her estranged grandparents, Áróra and Grímur. She is supposed to audition for an international art performance group, but when her father and his younger sister find out about her stay, a sense of panic arises. Soon, a dark secret emerges.

“With Sunna Gudnadóttir, we met in 2019 at Young Nordic Producers Club in Cannes. She contacted me later, because she already had a Finnish editor in mind: Jussi Rautaniemi. When I read the script, I was immediately interested. It’s a weird thriller with a haunting atmosphere.”

Set in one house over five consecutive days, its dynamic is said to be “claustrophobic and severely tense.” While Reykjavík-born Magneudóttir is ready to focus on the twisted family drama, she will also add fantasy elements to the film.

“This family comes together by necessity, not by choice. The house is the monster of the story: it’s full of painful memories and the atmosphere is thick and damp. Áróra has created a web they all become entangled in and don’t seem to be able to escape,” she tells Variety from the shoot.

“I don’t think about any genre in particular when I start writing. In the case of this story, their actions gradually became more thrilling and mysterious. I decided to nurture [this aspect] and give it all the space it called for.”

Among others, Magneudóttir has been inspired by Maya Deren in her career, she says.

“Not only because of her innovative use of the camera and bold way of telling stories, but also because she was one of very few women to make films in the early and mid-20th century.”

She also pays attention to anomalies in human behavior, people’s obsessions, addictions, syndromes and dysfunctions, the oddity of “Alice in Wonderland” and Mary Shelley’s unique ability to combine beauty and ugliness in “Frankenstein.”

“I am drawn to weirdness. I would say that my creative mind is a mixture of brutalism and art deco,” she says.

Her background in dancing also comes in handy, especially when working with actors.

“I like to think of myself as a choreographer when I block the scenes. The study of movement is important to me,” she notes.

“During my training at the International Theatre School Jacques Lecoq, I was introduced to a new perception of movement in space. Since then, I have considered the characters and the camera to be inseparable dance partners. I find it important to create a space where they can perform their dance in perfect synchronicity.”

She also wants her actors to feel free and safe, she adds.

“Before I step in, I allow them to wander around the set, get to know it and feel what kinds of movements it calls for.”

“My ambition is to create a moving story that’s a treat for the senses and mind. My hope is that I can provoke feelings of compassion, discomfort and thrill.” 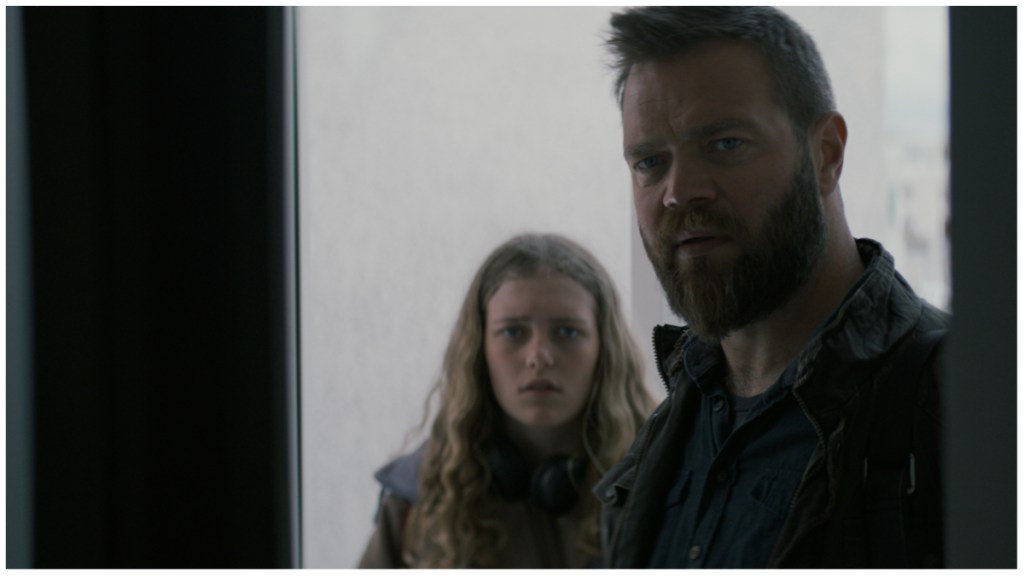 LevelK has boarded Icelandic crime drama “Cold,” directed by Erlingur Óttar Thoroddsen and based on the bestselling book “The Undesired” (“Kuldi”) by Yrsa Sigurdardóttir. Still in production, it was recently pitched at Venice Gap-Financing Market.

The story centers on Óðinn, living alone with his daughter Rún. As he investigates decades-old deaths at a juvenile treatment center, he begins to suspect that the sinister secrets are connected to his ex-wife’s mysterious suicide. As well as his daughter’s strange behavior.

“Erlingur is an established, talented director who respects the audien