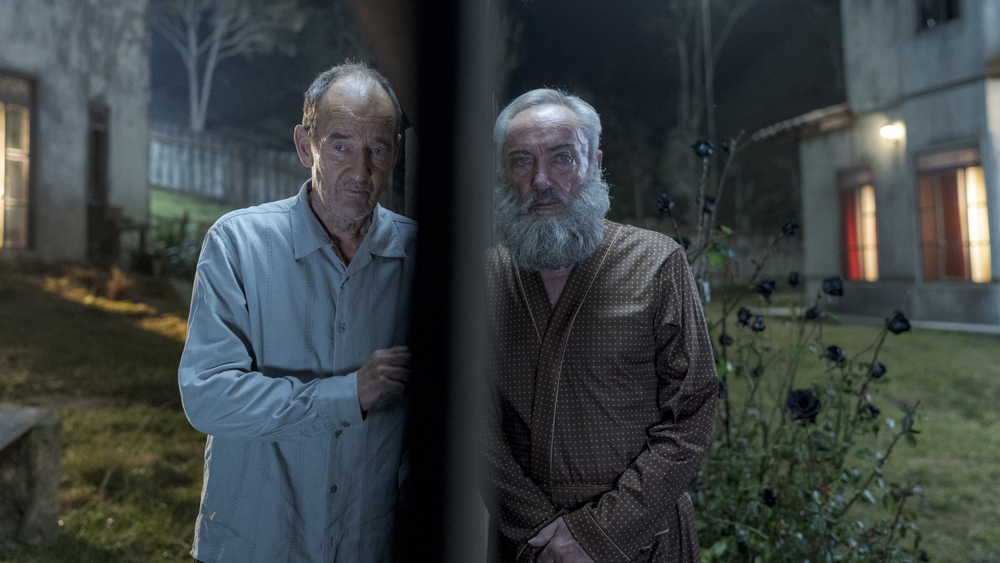 Dark comedy-drama “My Neighbor Adolf,” which will world premiere in Piazza Grande at the Locarno Film Festival, has debuted its trailer. The film stars David Hayman, Udo Kier and Olivia Silhavy, and is directed by Israeli helmer Leon Prudovsky. Beta Cinema is handling world sales.

The film, which Hayman has described as a cross between “Rear Window” and “Grumpy Old Men,” is set in Colombia in May 1960, just after Israel’s abduction of Adolf Eichmann in Argentina. Polsky, a lonely Holocaust survivor, lives in the remote Colombian countryside. He spends his days playing chess and tending his beloved rose bushes. One day, when a mysterious old German man moves in next-door, he suspects that his new neighbor is… Adolf Hitler. Since nobody believes him, he embarks on a detective mission to find the evidence. But, in order to gather evidence, he will need to be closer to his neighbor than he would like. So close that the two could almost become friends.

In a statement, Prudovsky said: “In ‘My Neighbour Adolf’ I tried to tell a sort of a Hasidic parable, with an ironic and tragic offbeat humor, so typical for the pre-Holocaust Jewish world. A parable, which walks the fine line between grief and ridicule, realism and absurdity, clever delicacy and grotesque bluntness.

“‘My Neighbour Adolf’ explores the nature of animosity. What happens if you get to know your worst enemy and start seeing humanity in the object of your sheer hatred? What if you find yourself becoming his friend? Or is hatred stronger than the need for a friend? Is there a place for reconciliation?

“I believe the questions this parable raises are universal and eternal and can be asked about any conflict, any place and any time in history. And maybe today finding the answers to these questions is more urgent than ever.”

The script is by Prudovsky and Dmitry Malinsky. The producers are Haim Mecklberg, Estee Yacov-Mecklberg, Stanislaw Dziedzic and Klaudia Smieja. The director of photography is Radek Ladczuk. The editor is Hervé Schneid.

Distribution in Poland will be handled by Monolith Films, in Switzerland by Praesens Film, and in Israel by United King.