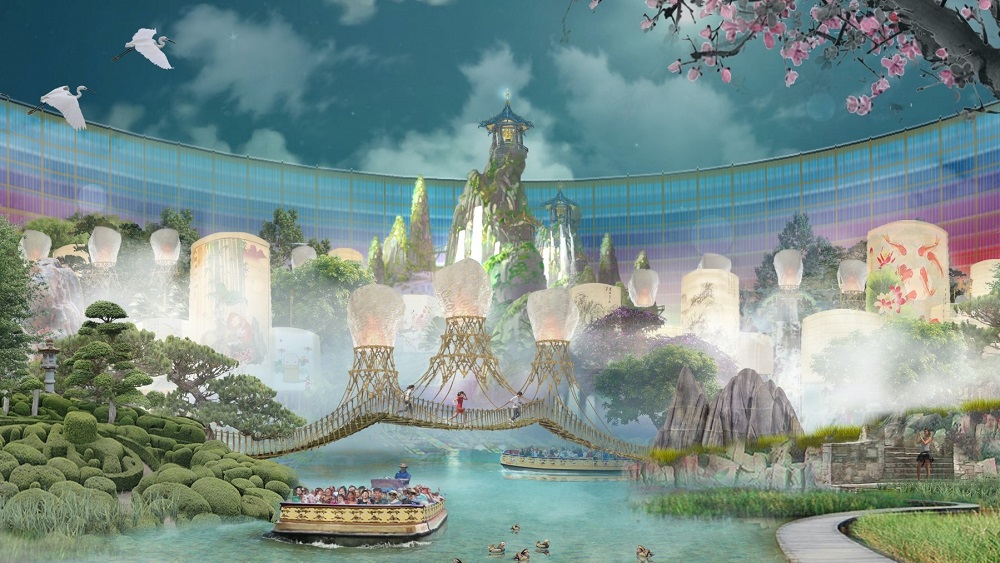 Chinese film and TV studio Enlight Media says it is moving ahead with development of a movie-inspired theme park in Yangzhou, eastern China. It has selected Hollywood firm Legacy Entertainment as the designer of the park’s core Enlight Epicenter component.

Plans for Enlight Movie World were first announced in 2018. And Enlight says that its first foray into location-based entertainment requires an investment of $2.5 billion (RMB16.4 billion). The company says that the park will eventually encompass a massive 651 acres (2.63 square kilometres), but it has not publicly confirmed a completion date.

The Enlight Epicenter will feature experiences and attractions inspired by Enlight’s popular animated film properties. Offerings will also include themed retail and dining experiences, anchored by a family entertainment center, and be connected by a series of so-called ‘Art Gardens.’

Subsequent phases will include a wide variety of uses, including a theme park and expansive film and television production facilities. Enlight has been responsible for hit films including “Ne Zha,” which grossed $580 million, and live action father and son drama “Looking Up,” which grossed $123 million in 2019.

“Unlike studio-themed parks in America and Europe which tend to look towards the past, the relative youth of China’s homegrown IP-based LBE industry is all about looking forward,” said Eric Carnagey, Legacy’s MD and co-owner, in a statement. “We get a unique chance to imagine and create the ‘film studio and movie theme park of tomorrow’ by utilizing Enlight’s prominent position as a China-based film production and distribution company alongside their widely recognized properties.”

Legacy has previously worked with China’s Hengdian World Studios, which claims to be the world’s largest film studio, on its recent expansions. Its Hengdian Shanghai Bund debuted in 2019 with a mix of theme park-style rides, shows, and production facilities. The company has also worked with the Cirque du Soleil.