Watkins Family Hour Keeps It in the Family — a Very Extended One — in ‘Vol. II’: Album Review 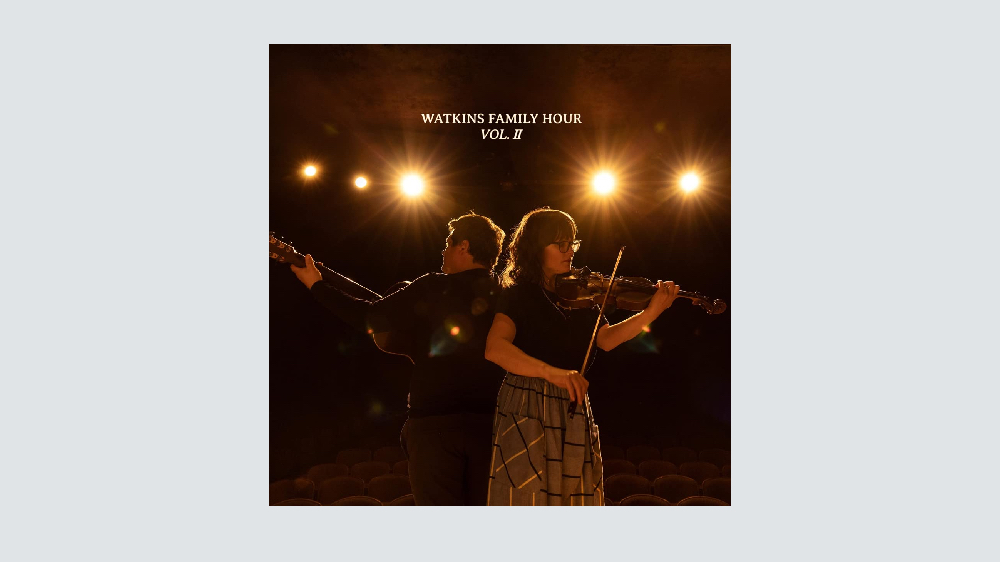 The term “residency” wasn’t always associated with big-bucks Las Vegas bookings designed for pop stars to make a lot of money while staying parked in one place. And in Los Angeles, it’s still not: That’s thanks to Largo, a smallish theater (and formerly an even smaller nightclub) that rotates famous and semi-famous musicians and comedians through its lineup again and again, with the idea that, if you return after a month or four, you’ll usually see a different show. Producer, film composer and one-man-band Jon Brion was a weekly presence starting in the ’90s, before that routine became too much for even that prolific a talent to uphold eternally.

Bluegrassers-turned-folk-rock-royalty Sara Watkins and Sean Watkins, though, have been able to keep their “Watkins Family Hour” shows going on a more-or-less monthly basis for just over two decades now. With a warm attitude and a constant, salon-like array of guests, they’ve turned the residency back into something the term actually suggests: In a city that can feel as musically impersonal as L.A., their shows feel like home.

The siblings first made their name as two-thirds of Nickel Creek, joining Chris Thile in what turned out to be a mainstream bluegrass band. (Now there’s a term you’d never heard before and probably never will again.) The chops and breadth of influence and styles they ultimately exhibited in that surprisingly successful group (which seems to be mostly but not entirely on a permanent hiatus) continues with the eclectic source material for “Vol. II,” their mainly acoustic new all-covers album. (It’s the third album under the aegis of Watkins Family Hour, but the middle effort consisted of originals by the brother and sister, without all the guests, so they’re billing this as a follow-up to the 2015 effort that first captured some of the Largo magic on record.)

Among the selections, you get a heartbreaking can’t-live-with-me, can’t-live-without-me ballad from the late ’90s Elliott Smith catalog (“Pitseleh,” with guest Madison Cunningham); a lighthearted early ’60s country shuffle from Ernest Tubb (“Thanks a Lot,” which sports a Bo Diddley beat and a Brion baritone guitar solo); and a Tune-Yards song from 2021 that they’ve frankly improved upon as they transform it from pop-EDM into something sublimely rootsy, “Hypnotized.” Almost all the songs have guests who get featured billing, although these cameos are often instrumental (former Tom Petty & the Heartbreakers pianist Benmont Tench is the sole accompanist on “Tennessee Waltz”) or harmony singing. The faux sisters of Lucius even join the real Watkins siblings in an ear-teasing “is it ‘blood harmony,’ or isn’t it?” four-part vocal arrangement on a lesser-remembered Zombies song, “The Way I Feel Inside,” that turns the stuff of adolescent romantic nervousness into a heavenly choir.

Fiona Apple is an especially high-profile guest, helping sing an oldie that was a multi-format hit for both Tubb and Dean Martin, “(Remember Me) I’m the One Who Loves You,” and there’s nothing showy about the way she subsumes herself into the family, as she has going back years with her recorded and live cameos with the ensemble. Jackson Browne, who once featured the Watkinses as both members of his band and his opening act, has the richest individual moment: He guests on a cover of his own classic “The Late Show,” but cleverly takes the counterpoint part that Don Henley, Dan Fogelberg and J.D. Souther sang on his original record.

However, the biggest stars here are indisputably Sara and Sean, winsome singers and master musicians on guitar and violin, respectively, and curators to beat the band. After 20 years bringing folks into their extended family, maybe these former kid prodigies have earned the right to be called mom and dad.