Lady A Mini-Album Shows There’s a Limit to ‘What a Song Can Do’: Review 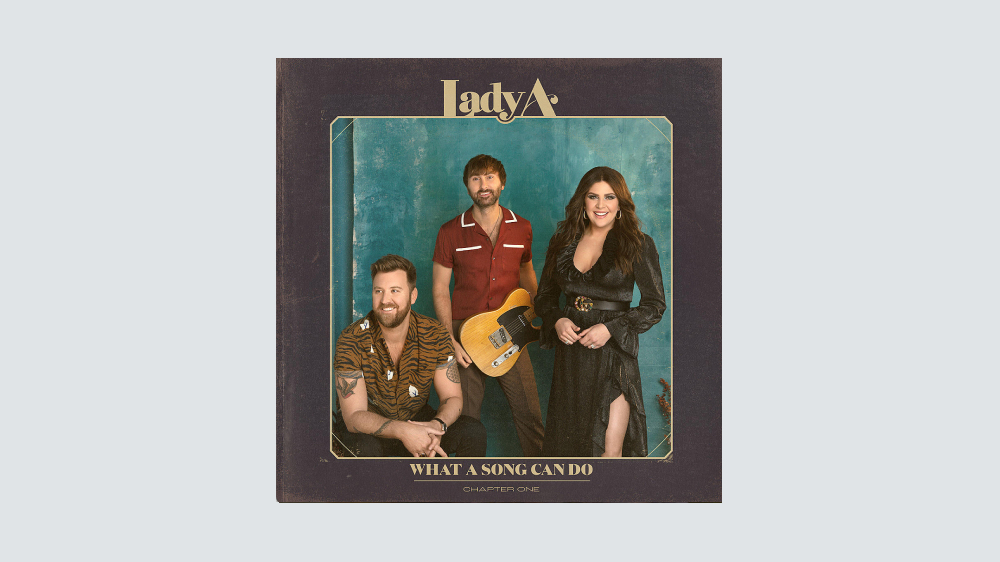 “I pray for some distraction / Can we all just act like nothing ever happened,” the members of Lady A sing in “What a Song Can Do (Chapter One),” the trio’s first album since 2019’s “Ocean.” That tossed-off line is as close as the outfit ever comes to acknowledging that a lot has happened in the last couple of years, for everybody, but particularly the erstwhile Lady Antebellum, from the small matter of COVID to a (for them) no-less-cataclysmic name change. If the group is at all bothered by taking on a pariah status among those who think that this Lady A unfairly got the upper hand on the Black blues singer also known as Lady A in the process of shedding its former racially problematic identity, or bothered by anything else, it was never destined to show up in any additional hints of self-reflection in the songs. It’s a whole new level of album-making as distraction.

Or partial album-making. Lady A’s eighth, “What a Song Can Do (Chapter One),” comes in at an abbreviated seven songs, maybe reflecting the industry’s belief that attention spans are shortened, or maybe the group’s hurry to get something out there to replace “major news controversy” as the latest item on its resume. With no deep tracks to spare, the group settles into the usual gorgeously packaged and never unexpected subject matter — harmony-filled, richly-vocalized, anthemic  songs about love, broken love, rekindled love, family, broken family, music, drinking and memories, full of emotion but with little hint that any of it counts as confessional. Even by their usual standards of eschewing topical lyrical input and hyping up syrupy melody, Lady A now seems to be doing nothing more than repeating old tricks to lesser effect.

Instead, “What a Song Can Do (Chapter One)” documents the newly rechristened trio’s carefully constructed life in a bottle, still hermetically sealed by the amniotic production of Dann Huff (Faith Hill, Bon Jovi). Lady A’s just OK soliloquies to lower case adversity, not-so-risky (or risqué) chances taken on love, and generic folksy wisdom are smooth and warmly sweet like caramel, yet not always easy to swallow.

Loping trio co-writes such as “Fire” and “Talk of This Town” look limply at wrong-headed romantic moves and lingering lousy feelings. with the latter’s gossipy edge offering a humorous respite in light of present proceedings with the line, “I pray for some distraction/Can we all just act like nothing ever happened.” On the title track, gently musky singer Charles Kelley, the male partner among Lady A’s two frontpeople, seems to want to portray an adoration for the audience that has stuck with the group through it all. But somehow, the love letter’s ardor loses its steam, and the whole lyrical affair just sounds needy, even if its minor chord-filled melody is quirkily catchy.

Lady A’s usual lustrous harmonies are still part-and-parcel of their long-formulaic sound, and boost “What a Song Can Do (Chapter One)” at nearly every turn. Luckily, when the three-part harmony splits apart, say, on a humming bummer such as “Like a Lady,” the trio’s female lead, Hillary Scott. is there to do the heavy lifting and pull the vocal melody from the wreckage. But still, it’s a crash site. Scott has carried dull Lady A hits in the past, and “Like a Lady,” their underwhelming current single, is but one more.

“What a Song Can Do (Chapter One)” isn’t all humdrum and faceless. It’s not even entirely un-topical, even if they do come to such prescience by accident. “Worship What I Hate,” written by Lady A’s threesome with Natalie Hemby and Amy Wadge, is a wiry soul-pop cut that very nearly hits a note of confession. From its loathing of what is seen in the mirror to the line “Trying to build a church out of all my hurt,” and a bridge that sings out, “Why do the lies feel like the truth? / Why do I do the things I do? / Why do I fight so hard to keep my heart empty?,” the five songwriters very nearly come to church when it comes to confessing something worth holding the blame for. Ultimately, though, they just drink a half a bottle of red and watch television nightly, and just place all the blame on merely going blank, with “I’m not guilty of leavin’, not stickin’ around /  I’m guilty of stayin’ and just chеckin’ out / I kept my head down and really missed out / On what’s in front of me.”

“The Things He Handed Down,” co-written with fellow genre star Thomas Rhett — and sung with dusty aplomb by Kelley with accompanying femme harmonies and pedal steel squeals — is  the best and most melodious of the lot. and its most prosaically telling. After reminiscing about a father figure, vividly recalling Swiss Army knives leaving holes in blue jeans and beat up guitars, the chorus goes, “Don’t mix wine with whiskey, Don’t put Jesus in a box / Don’t spend more money than you make and don’t burn a bridge you might cross.” It’s yet another variation on that country music perennial, the advice song. Left unspoken is the advice Lady A has taken to heart: When in doubt, revert to the feel-good, and assume fans aren’t any more interested in acknowledging elephants in the room than you are.