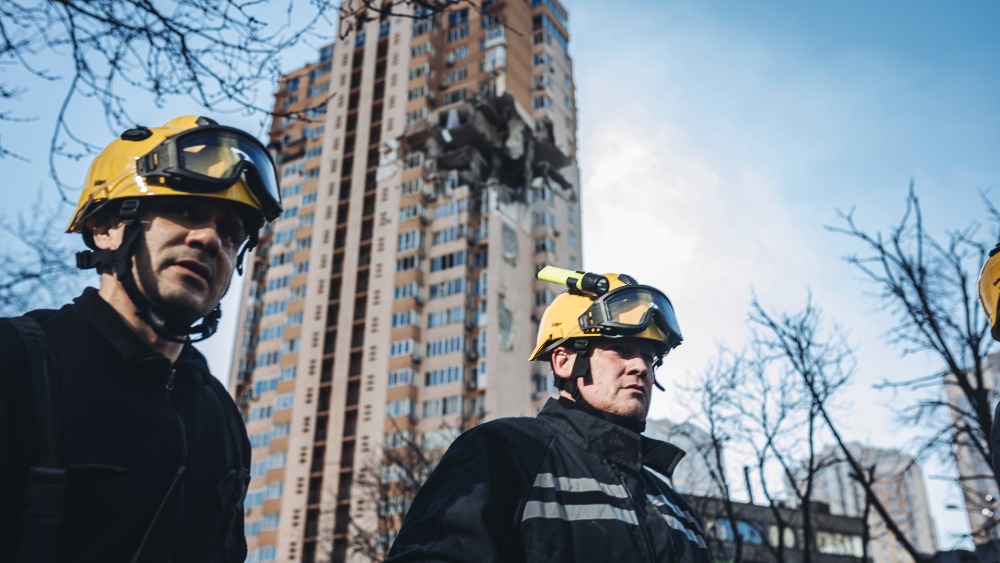 Ukrainian film and TV bodies have begun calls for a boycott of Russian media and the severing of business ties with Russian entities.

Russia’s film and TV industry has been steadily growing in recent years, with events such as the Key Buyers Event — an annual content showcase organized by Russian film promotion body Roskino — drawing 200 international buyers last year. Now, many of those relationships will be tested on a global stage as Ukraine’s media orgs ask for a boycott of all business dealings with Russia.

The organizers of Kyiv Media Week, a 10-year-old international film and TV market serving Eastern Europe, has called for a ban on Russian propaganda. In a letter issued widely on Saturday to international media, including Variety, the group asked supporters of Ukraine to stop broadcasting any Russian channels from their respective countries.

“Putin’s regime escalated the current war with all the weapons available, which means the media sphere to be a battlefield worldwide,” reads the letter. “Therefore, we call on the international media community to resist the poisonous russian [sic] propaganda and unite the efforts to switch off russian [sic] TV broadcasting in your countries.”

Kyiv Media Week organizers have thrown their support behind Ukraine’s Ministry of Culture and Information Policy, which on Saturday revealed plans for a unified media strategy across all of Ukraine.

“We objectively and promptly provide comprehensive information from different regions of the country 24/7,” reads the statement. “We are ready to provide TV providers with our signal, and thus, ask you to help spread this information.”

The group has asked its partners to “turn off all Russian news channels so that Russia’s outright propaganda does not go beyond Russia itself.” Supporters are asked to block or turn off the broadcast of these channels on European satellites. (Read the full statement below.)

The Ministry of Culture and Information Policy has also asked YouTube to block Russian TV channels on the platform. These channels include First Channel, Star, TNT, Russia Today and Ren TV. “All of them are tools of Russian propaganda, on which the Kremlin fakes and disinformation are broadcasted,” reads a statement on the ministry’s verified Facebook page. “Consuming information from them is dangerous for infoprostoru [sic] and Ukraine, and the whole world.”

Elsewhere, the Ukrainian Film Academy, speaking on behalf of the country’s film community, has also issued a separate call for a ban on Russian cinema through a series of six requests.

The group, which has begun a Change.org petition, asks the European Council to exclude Russia from the Eurimages cinema fund and to terminate all co-production agreements. It also asks festivals to bar Russian-made or co-produced movies. The International Federation of Film Producers Associations has been asked to prohibit accreditation for the Moscow International Film Festival.

Meanwhile, distributors are being asked to examine their contracts with the Russian Federation. “The films are illegally distributed to the legal territory of Ukraine, namely: the temporarily occupied territories of Crimea, and the so-called ‘DPR’ and ‘LPR.’ By issuing such licenses (in particular, making kmd keys for cinemas), you are in fact violating Ukrainian sovereignty.”

Finally, members of the CEPI (the European Audiovisual Production Association) аnd CFP-E (European Federation for Commercial Film Producers) have been urged to “cease any cooperation with audiovisual producers who support aggression against Ukraine, in particular the distribution of audiovisual works in the member countries with the participation of actors and public figures supporting the russian [sic] crime.”

Ukrainian forces are bracing for a second night of Russian attacks on the capital. The invasion has so far killed 198 Ukrainians, according to recent figures from the BBC.

Read the full statement by the Ministry of Culture and Information Policy of Ukraine below:

We, the Ministry of Culture and Information Policy of Ukraine with Ukrainian media groups are addressing international television providers’ joint appeal: we ask to turn off Russian news channels. Adding the text of the statement below.

On behalf of the Ministry of Сulture and Information Policy of Ukraine with the support of Ukrainian media groups – 1+1 media, StarLightMedia, Media Group Ukraine, and Inter Media Group we would like to express our honour and to address you with the following matter.

It is extremely important that people around the world have access to reliable and truthful information relating to Russia’s war against Ukraine and the course of hostilities here. We understand how powerful the Russian propaganda machine is and what kind of effort the aggressor has to make to spread fake news to cynically fool people. We absolutely oppose this!

As of February 26, the channels of all Ukrainian media groups named above are broadcasting in the format of a single newscast named the United News. The media groups will be taking turns in providing uninterrupted information. The Armed Forces of Ukraine, the National Security and Defense Council, the Office of the President of Ukraine, and other Government structures, on which the course of events depends, will be joining the broadcasting. We objectively and promptly provide comprehensive information from different regions of the country 24/7. We are ready to provide TV providers with our signal, and thus, ask you to help spread this information.

We also suggest to our partners to turn off all Russian news channels so that Russia’s outright propaganda does not go beyond Russia itself. In particular, we ask to block, turn off the broadcasting of these channels on European satellites.

We have been waging an information war for years, and such media sanctions are globally important to Ukraine.

Now it is extremely important that people know the truth and understand the real course of events in Ukraine!

We need to stop information manipulations together. Help Ukraine and the world to stay safe of this!