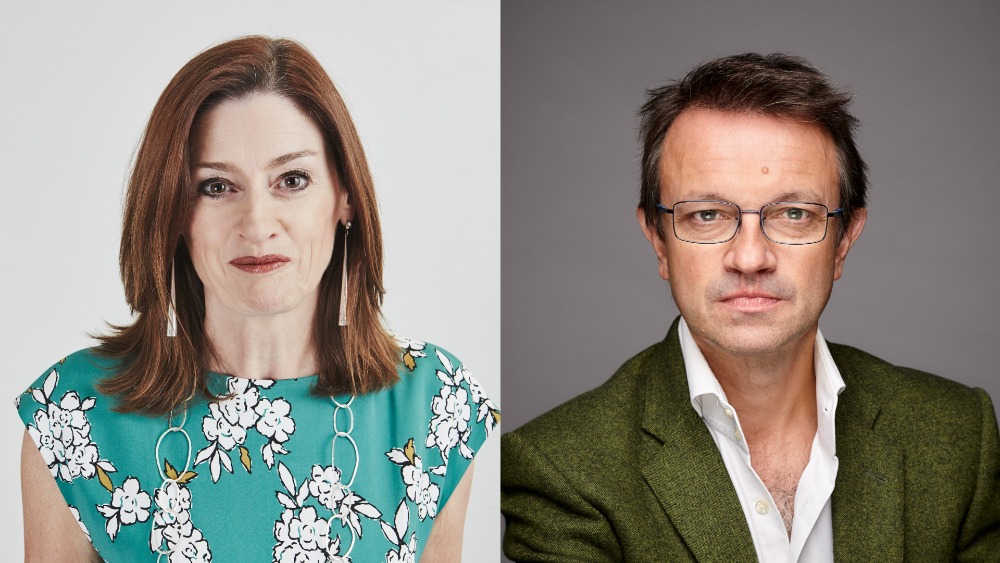 BAFTA chief executive Amanda Berry will step down from her role in the fall of 2023 – after 25 years at the organization. BAFTA chief operating officer Kevin Price will leave in Sept. 2022, after 20 years working alongside Berry.

Berry said: “In 2023 I will have been at BAFTA for 25 years. When I first joined BAFTA I honestly thought I would stay for three or four years, but my passion, dreams and ambition for the organisation just kept growing. As we approach BAFTA’s 75th anniversary next year I have reflected on what I, Kevin and the truly brilliant team at BAFTA have achieved, and it feels like the right time to plan to pass on the mask.

It has been an absolute honour to have led BAFTA. We are the only global arts charity representing film, games and television, and I am incredibly proud of our work enabling talented people from all backgrounds to progress their careers in these industries, as well as our ability to reach and inspire global audiences with our awards ceremonies, events and content.

The formal re-opening of our redeveloped HQ at 195 Piccadilly next year is a landmark moment, and one of the biggest in BAFTA’s history. This new creative hub and centre of excellence will enable a further dramatic expansion of our learning and talent programme, pivotal to BAFTA’s charitable remit.”

Berry added that over the coming months she will oversee the recruitment process to replace Price.

BAFTA chair Krishnendu Majumdar said: “Amanda has been a loyal and outstanding chief executive of BAFTA for over 23 years. Under her leadership she has cemented BAFTA’s annual film awards ceremony as one of the most important and credible film industry occasions in the world. Her passion for supporting talent and her steadfast belief that ‘talent is everywhere but opportunity is not’ is evident in the huge expansion of BAFTA’s year-round global learning and talent development programme. From creating the ‘Brits to Watch’ in 2011 which has gone on to become the globally recognised talent initiative Breakthrough, to the well over 200 learning and new talent events that BAFTA delivers every year, Amanda has ensured BAFTA’s purpose has stayed at the heart of the organisation. When she steps down in 2023 she will leave a very different organisation to the one she joined in 1998 and when the time comes I will be the first to wish her continued success.”

“Kevin has been BAFTA’s chief operating officer for the past 20 years, working closely with Amanda and more recently myself,” Majumdar added. “He has been instrumental in overseeing the business, governance and operational strategies that enable BAFTA to deliver against its charitable remit. Kevin has provided essential strategic oversight for the £34 million redevelopment of 195 Piccadilly, a project that spans 12 years from inception to delivery, expertly stewarding and ensuring on-time delivery of an incredibly complex project that also took place during the worldwide pandemic. He was also responsible for bringing albert into BAFTA in 2011 and he has been Chair of the BAFTA albert consortium for the past 10 years, making environmental sustainability a key part of BAFTA’s industry activity. He will leave BAFTA in an excellent position for future growth and I want to thank him for his loyal contribution to BAFTA’s success.”

Price added: “With the reopening of a new 195 Piccadilly next year, I believe we are beginning a new phase in BAFTA’s historical journey. We shall look back at the 2000s, 2010s and the early 2020s as the ‘Berry years’ and I feel privileged to have been part of that journey. After 20 years working with Amanda, I believe now is the right time for me to pursue other interests across the arts and cultural sector. I will be incredibly proud to leave BAFTA in a strong position with great potential for further growth, and to allow a successor to help lead this Great British Institution through its next era.”

Barbara Broccoli BAFTA VP for film, said: “Throughout her tenure, Amanda has ensured BAFTA has continued to evolve and reflect the many changes in the screen industries. She will leave BAFTA with an incredible legacy, having successfully delivered its most ambitious project to date, the redevelopment of 195 Piccadilly and the dramatic expansion of BAFTA’s learning and talent programme. Those who know Amanda will attest to her determination in spearheading the fundraising campaign to make this happen. This investment in the next generation of talent is pivotal to BAFTA’s charitable remit and will continue Amanda’s legacy for years to come.”

Members of the U.K. film and TV industry are calling for an overhaul of on-set safety measures and a “recalibration” of how to protect survivors of abuse following reports of multiple allegations of sexual harassment and bullying against Noel Clarke during his decades-long career as an actor, writer and producer.

Since The Guardian released its investigation into the star, best known for his roles in “Doctor Who” and “Bulletproof,” as well as creating “The Hood” film trilogy, 26 people have come forward with accusations against him. Clarke has categorically denied any sexual misconduct or criminal wrongdoing, but released a statement apologizing for some of his actions.

The revelations have emboldened industry insiders to speak out about a culture that has allowed professional misconduct to continue, even after the Time’s Up movement swept the film and TV world four years ago with the #MeToo reckoning sparked by the Harvey Weinstein scandal.

“The industry needs a total recalibration,” actor Morven Christie tells Variety. “The onus remains on the victim to report, and the focus after doing so is protecting the production legally, rather than accountability for perpetrators, who continue to flourish.”

A star of such dramas as “Ordeal by Innocence” and “The Bay,” Christie details an incident of bullying on set where she was targeted by a male co-star who was “enabled” by producers during the 15-week shoot.

“I’ve personally experienced this all the way up to broadcaster executive level and the impact is still with me five years later. It destroyed my confidence,” Christie says. “It feels like a protection racket for powerful men. They’re not secrets. No one is surprised. My greatest disappointment is that they’re accepted, covered up, excused, protected and — in more cases than just [Noel Clarke] — rewarded.”

BAFTA has faced significant criticism from those in and outside its membership for giving Clarke the award for Outstanding Contribution to British Cinema despite being made aware of the allegations two weeks before the April 10 ceremony. The charitable institution waited another two weeks, after the first slew of allegations were published on April 29, to