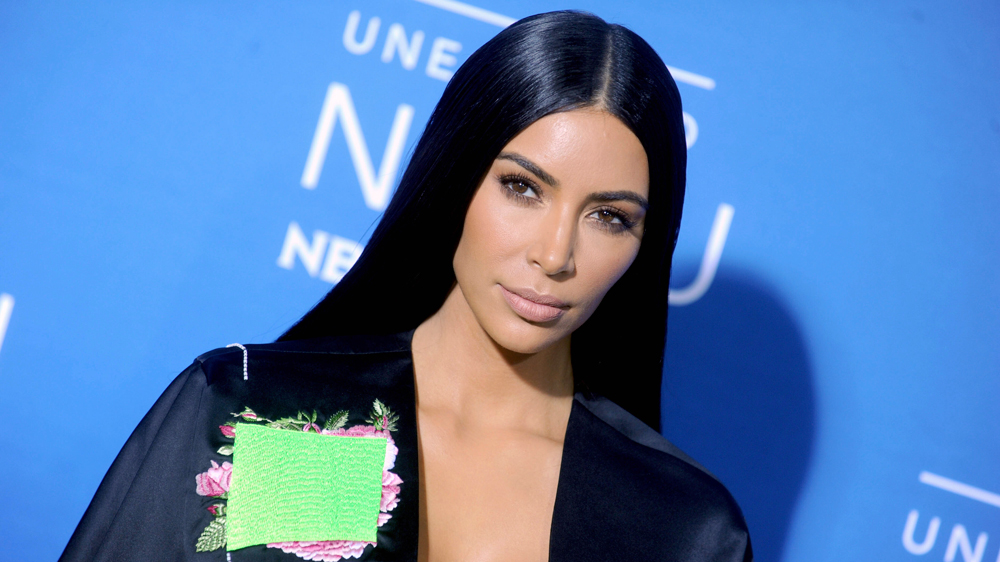 Kim Kardashian scored a victory on Friday when a judge tossed Blac Chyna’s defamation claim against the reality star and business mogul, which was one of the claims in her lawsuit.

Meanwhile, the jury is deliberating the remaining claims in the case where Chyna says the Kardashian-Jenner family ruined her reality TV career and cost her more than one hundred million dollars in damages and future earnings.

Chyna, a model and influencer who is Rob Kardashian’s ex-fiancé and the mother to his 5-year-old daughter, co-starred with Rob Kardashian in E!’s “Rob & Chyna,” a reality show that aired for one season in 2016. The show is at the center of her lawsuit, which alleges that the series was canceled after one season because the Kardashian family falsely told producers and network executives that Chyna violently attacked Rob Kardashian in December 2016. Chyna claims that Kris Jenner was the ringleader of this master plan in which the Kardashian family used their power to force E! to axe the series.

Over the past 10 days in trial, that volatile fight during which Chyna allegedly choked Rob Kardashian with a phone cord, held a gun up to his head and hit him with a metal pole, emerged as the incident that led E! to cancel “Rob & Chyna,” since the couple had broken up and the reality show was designed to follow their journey in love.

One week ago, amidst the ongoing trial, the Kardashian family filed to request that the judge dismiss Chyna’s claims.

While the judge threw out the defamation claim against Kim Kardashian — for which Chyna was asking for $40 million — the case for interference with a contract against the Skims founder still remains. The remainder of the case revolves around defamation and contract interference claims against Kris Jenner, Khloé Kardashian and Kylie Jenner, all of whom have testified over the past week.

Kim Kardashian has been in court nearly every day for the 10 day trial, and was joined at the courthouse by her boyfriend, “Saturday Night Live” star Pete Davidson on Thursday as the jury began to deliberate, according to numerous outlets present at court.

On Friday, Judge Gregory Alarcon ruled that Chyna’s attorney, Lynne Ciani, did not provide any statement during the trial that proved Kim Kardashian was defamatory towards Chyna. AP reports that the lawyer said during her closing arguments yesterday that Kim, Kris, Khloé and Kylie had no reason to believe that the attack ever happened, since there was no significant photo or video evidence of Rob’s injuries. “He didn’t have a mark on him,” Ciani said.

On the contrary, the Kardashians’ lawyer, Michael G. Rhodes, said during his closing arguments that the women had every reason to believe the attack happened because Kris Jenner’s boyfriend, Corey Gamble, broke up the fight in December 2016. Gamble was one of the defense’s key witness, sharing his account of the fight on the stand. When Variety was in the courtroom, Kris Jenner testified about her memories from the fight, emotionally telling the jury about the “horrific moment,” recalling that her son was “hysterically crying” in the aftermath of the alleged assault.

When Rob Kardashian testified this week, Ciani’s key line of questioning revolved around any evidence of harm from the fight, which appeared to anger Rob. “Did you have as much as a Band-Aid on you?” the attorney asked. At one point, Rob raised his voice, according to TMZ, and shouted, “Stop trying to make it sound like it didn’t happen!”

Rob Kardashian said on the stand that Chyna put a gun to his head more than once during the relationship, and said he wasn’t truly in love with her when they were engaged. Per AP, he testified: “She strangled me, she put a gun to my head twice, she was on cocaine and alcohol.”

During closing arguments, the Kardashian attorney told the jury, “Do you remember how Rob looked on the stand yesterday? His pain was real,” AP reported. “This is a real family. Yeah, they’re famous, but they’re real people. He got really badly hurt here.”

The jury is currently deliberating on the case. With Kim Kardashian’s defamation claim tossed, they will now need to determine whether Kris Jenner, Khloé Kardashian and Kylie Jenner knowingly lied about Chyna abusing Rob Kardashian, as well as decide whether the four woman illegally interfered with Chyna’s contract at E! (During the trial, Ciani showed clear evidence of texts and emails that the women had sent to the network and producers, asking for the show to be canceled and stating they might stop production on their own show, the mega-successful “Keeping Up With the Kardashians,” if Chyna continued to film with them.) 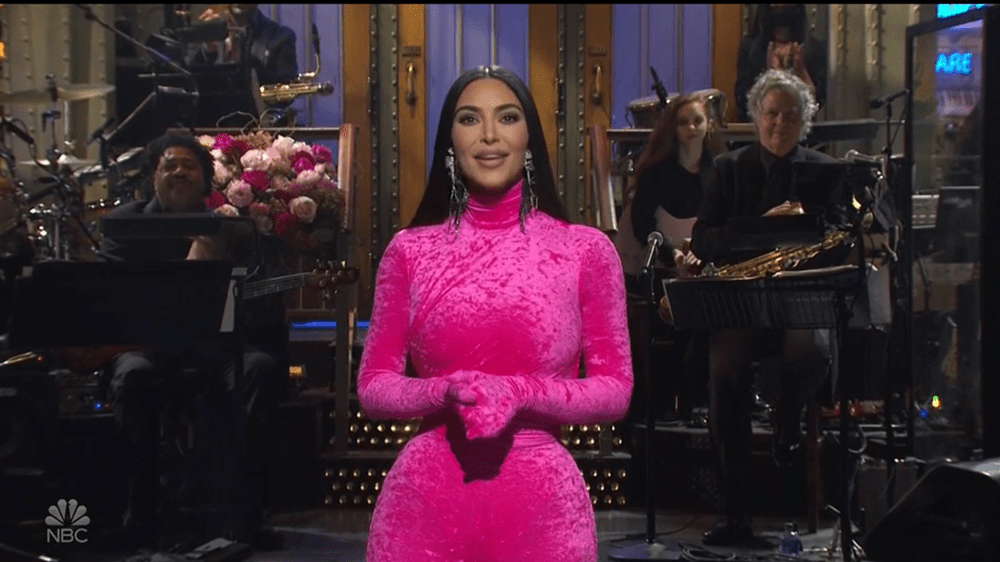 Kim Kardashian West opened her hosting stint on “Saturday Night Live” with a rapid-fire string of edgy jokes about her family, including a nod her father’s history of defending accused double-murderer O.J. Simpson.

Wearing a bright pink body suit, Kardashian West made a reference to her late father, attorney Robert Kardashian, who was a close friend of Simpson. She noted that her father introduced her to the first Black person that she ever met. “Want to take a stab in the dark at who it was?” she said with a grin. She addressed Simpson’s sordid history. Having known Simpson “does leave a mark,” she said. “Or several. Or none at all. I still don’t know.”

Simpson, the former NFL great, was acquitted of the brutal murders of his ex-wife, Nicole Brown Simpson, and her friend, Ronald Goldman, in 1995.

Kardashian West, who is in the process of divorcing hip hop superstar Kanye West, recently wrapped her 15-year run on E!’s reality series “Keeping Up With the Kardashian.” She took aim head on at the question of why she would host the NBC late-night institution at a time when she is between big TV projects.

She even noted the initial source of her notoriety of being featured in a sex tape that made the rounds in the mid-2000s, and she took a shot at her mother’s reputation as a relentless manager and marketer of her family.

“I haven’t had a movie premiere in a really long time,” she said with a knowing wink to the sex tape: “No one even told me it was premiering. It must’ve slipped by mom’s mind.”

Kardashian West joked about trying to be taken seriously as a person rather than a sex symbol. Hosting “SNL” is an opportunity for her to show that she’s “so much more than just a pretty face. And good hair, and great makeup, and great boobs and a perfect butt,” she said. “I’m so much more than the reference photos that my sisters showed their plastic surgeons.”

The social media maven joked about her mother’s fondness for giving her daughter’s names that start with the letter K: Khloe, Kourtney, Kylie and Kendall. She conceded that she was lucky not to have been a “Karen” given the negative connotation that the name has these days.

“I don’t know how she saw that one comi