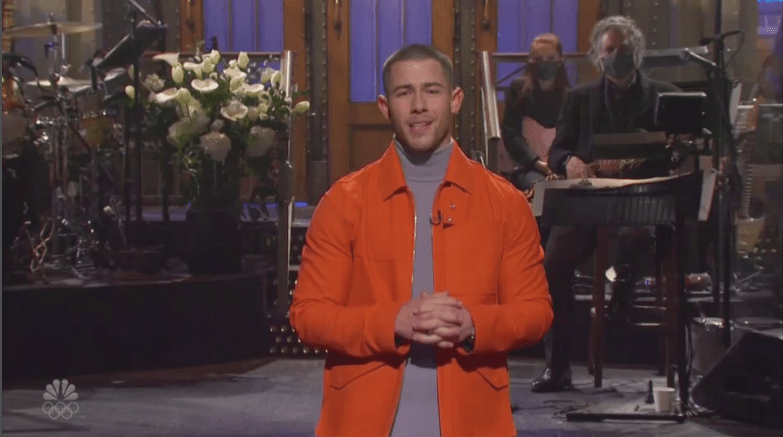 One year since Nick Jonas last performed live, the multi-hyphenate took the stage at the famed Studio 8H in New York City to both host and serve as the musical guest on late-night sketch comedy show “Saturday Night Live” and was joined by his brother Kevin Jonas for part of his monologue.

The duo last appeared together on “SNL” in May 2019 when the Jonas Brothers was the musical guest. This time around, Kevin Jonas had a question from the audience for his brother, namely whether “they were good” and still a band since Nick Jonas has been doing so much solo work lately.

But “of course” they were good, his brother said: “The band is still together, I promise.”

Nick Jonas then turned the rest of his monologue to his love of performing live, including musical theater, which he said was how he “rebelled.” Since Broadway and concert venues have been shut down for almost a year now, due to the COVID-19 pandemic, he noted that life “is just not the same” and wanted to propose a toast to “everyone who is missing their favorite things.”

All five performers joined in harmony for the end: “Here’s to kissing friends inside the same room/Here’s to one day finally deleting Zoom.”