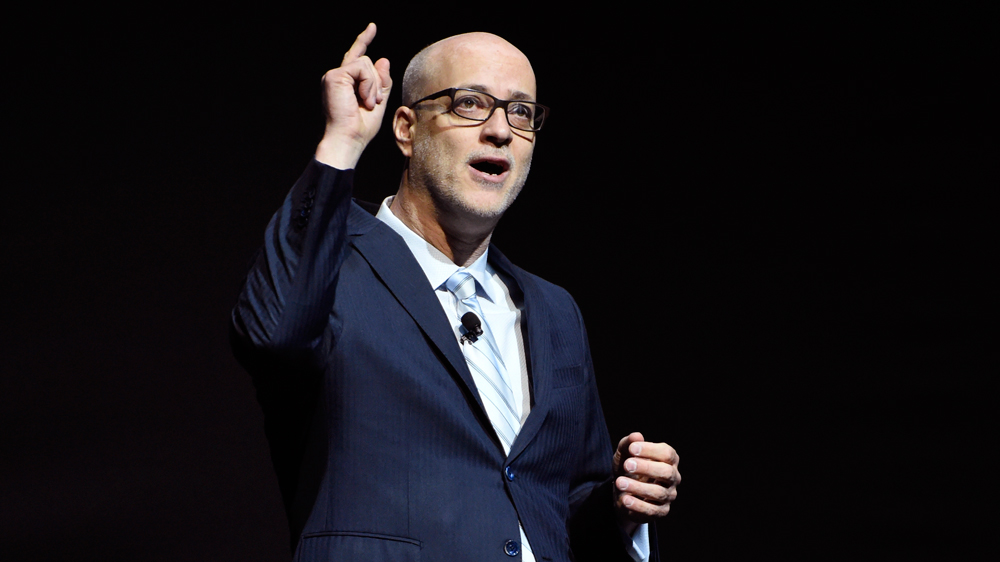 That’s the message from John Fithian, head of the National Association of Theatre Owners, who is issuing a dire warning on behalf of the cinemas who make up his trade organization. Unless Congress passes “Save Our Stages,” a bipartisan effort to get billions of dollars of grants to concert venues and theaters hit hard by COVID-19 shutdowns, the exhibition industry will suffer from a devastating wave of bankruptcies and liquidations. Fithian says the clock is ticking and he is pushing for the bill to get passed in the “lame duck” session that will take place between November and Biden’s inauguration in January. Despite earning support from both Republicans and Democrats, that might be a tall order. “Save Our Stages” is part of a larger stimulus bill, the details of which are being fought over by the two parties, who remain very far apart.

Fithian spoke with Variety about the financial cataclysm facing cinemas and the reasons he believes the business will rebound if it can get a lifeline to help it endure the worst of the coronavirus pandemic.

Save Our Stages was launched to help Broadway and Off-Broadway venues, as well as community theaters and concert halls. How did movie theaters become involved?

We reached out to the bill’s backers a few weeks ago with a message: ‘Our movie theaters are in the same disastrous financial situation that your venues are in. Can we combine efforts?’ They said, ‘yeah, if you can round up the political will for it, come on board.’ We started meeting with Republicans and Democrats. It’s a very bipartisan bill. It’s got 52 co-sponsors in the Senate.

We’re hopeful this will gain traction in whatever stimulus package comes together. We’re pushing for a $15 billion grant program for businesses that have had a substantial hit because of the crisis. These include stages, concert halls, movie theaters. Under the legislation, if you were in business and doing well in 2019 and then got shut down and hammered in 2020, you can get grants of just under half of what your earned revenues were in 2019. That would be the bridge that provides enough liquidity to keep these companies alive until we get to the other side of this thing. Even though we’re allowed to open in 48 states, without a substantial slate of big movies, and with people still worried about the virus, our revenues have been decimated. We’re losing money while operating. And we were shut down entirely for many, many months. It’s life or death for many, many, many theater companies.

You said this will be included in the next big stimulus package. Is there any chance that it could pass separately?

No. We’d love it to pass independently, but it’s highly unlikely.

How many of your members would be helped by Save Our Stages?

Every one of our members except for the largest four companies would be helped. The grants cannot be used by big publicly traded companies. The hope is the bigger companies can find liquidity in the markets.

What’s the likelihood that it will pass?

I can’t say. We don’t have everybody signed off on it yet. We’re lobbying [Treasury] Secretary Steven Mnuchin, we’re lobbying Republicans and Democrats in the Senate, we’re lobbying Republicans and Democrats in the House. The entire industry is pitching in. I’m not going to talk publicly about specific conversations, but we have filmmakers, we have senior studio executives, we have a lot of people in the industry that care about the theatrical experience making phone calls and sending emails.

This is an existential moment for the industry. I appreciate that filmmakers and movie stars are making phone calls, but shouldn’t they be doing more? Is it really so hard for them to tape a PSA on behalf of cinemas or do interviews on “Good Morning America” about the danger that movie theaters might close for good?

Well, many of the major directors have done that. I think there were 120 filmmakers who signed a recent public letter to Congress saying that this isn’t just about a business. It’s also about an art form that could go away if something isn’t done.

That was a great letter. It got a lot of attention, but couldn’t even more be done? Why aren’t movie stars calling Variety and other publications up to do interviews or write opinion pieces to bring attention to what’s happening? I certainly haven’t been on the receiving end of that kind of outreach.

Look, I encourage everyone in the entertainment industry who cares about the survival of movie theaters to speak out. They should speak out. There’s always more that people can do.

Have you made any outreach to the Biden team to talk about ways that his administration could help cinemas?

We will be working with the Biden transition team, but until a winner was declared, that kind of outreach would have been premature. By next week we will start having conversations. But keep in mind that we need something approved in November in the “lame duck” session when President Trump is still president. So, the Biden transition team conversations will only be if we don’t get results now and we have to do something in February.

If Save Our Stages doesn’t pass in the “lame duck” session what will happen to movie theaters?

A significant percentage of our members — probably around 70% of our mid and small sized members — will either confront bankruptcy reorganization or the likelihood of going out of business entirely by sometime in January. That’s assuming we don’t see a big uptick in business, but on our current trajectory things are looking very bad. We have to have this happen in the “lame duck.” It’s that desperate. If that doesn’t happen, we’ll keep pushing for something in February, but a lot of companies will have gone bankrupt by that point.

You’ve been outspoken in pushing for Gov. Cuomo to allow cinemas to reopen in New York. Where do things stand?

Gov. Cuomo has opened 50 of 62 counties and now we just need New York City. The virus numbers are down in four out of five boroughs. It’s only Staten Island that still has problems. We are hopeful that New York City opens soon.

When we spoke a few weeks ago, you said that studios won’t release movies if theaters in New York City are still closed. But now Europe is undergoing a surge in coronavirus cases and some countries are closing cinemas back down. Does that make studios hesitant to release big films?

It’s causing huge problems. Disney just announced this week that they’re pulling their two December films, “Free Guy” and “Death on the Nile,” off the calendar. Warner Bros. is trying to hold “Wonder Woman 1984” to its release date on Dec. 25. That’s a very big picture. It’s extraordinarily important to us. All of the studios are trying to release movies in the coming months, but the virus is racing out of control.

Can “Wonder Woman 1984” open next month if Europe continues to have a surge in coronavirus cases?

Yes, it can. “Wonder Woman’s” audience skews more domestic. In contrast, “Tenet” was more popular in Europe than America. “Wonder Woman” will do well in Asia, and Asia is wide open. China and Japan are doing tons of business right now and Korea is doing pretty well. Warners wants to release “Wonder Woman” in the markets that are open, but we’ll see if they can.

If “Wonder Woman 1984” opens in December, are there enough movies coming out after it to justify keeping theaters operational. The next big blockbuster is “No Time to Die” in April, right? That’s a long time between major movies.

That’s a concern. There are a bunch of movies in January, February and March, but Bond is the next biggie. If “Wonder Woman” sticks with its Christmas Day opening and people come out for that, we hope that other studios will move titles from later in 2021 into the first quarter. That’s certainly the hope. We need movies to get back into business.

A lot of people believe it is dangerous for movie theaters to be open. They argue Americans should not be going to movies during a highly infectious pandemic. Are there public health reasons that movie theaters should stay closed until there’s a vaccine?

Not at all. We’ve done a lot of research with epidemiologists who have studied this issue and looked at our procedures. They found that movie theaters are much safer than other places where people are gathering right now.

Churches, synagogues, restaurants, gyms are more dangerous. There have been substantial transmissions of the disease linked to those places. Why? Because people are being interactive. They’re singing in a choir or they’re talking at a restaurant while eating and they’re in a circle facing each other and wait staff are passing by them and talking to them. In gyms they’re exercising and their rate of breathing accelerates. The science suggests that in those circumstances, the rate of the human body transmitting particles that potentially have COVID in them goes up exponentially. In a movie theater, you’re sedentary, you’re facing forward, and you’re generally not talking, singing or interacting. You are passively watching a movie in an auditorium with high ceilings. That’s unlike many restaurants and bars, which are in much smaller cubic areas. Nothing is risk free in this new world when you go out of your home. But movie theaters are substantially safer than most other places where people are currently gathering. No outbreaks or cases have been linked to movie theaters. Not one.

On a recent earnings call, AMC chief Adam Aron touted the chain’s early VOD deal with Universal as the major reason the studio felt comfortable releasing movies like “The Croods: A New Age” and “News of the World” this winter. Are other chains willing to make similar compromises with studios?

I’m not going to address the specifics of the deal between Universal and AMC, just as I wouldn’t address the specifics of any deal between any of our members. That’s not my job as a trade association leader. But when you ask if exhibitors are willing to show greater flexibility in terms of distribution policies because they desperately need product to fill their screens during a pandemic? The answer is yes. These are not normal times. Movies are always the lifeblood of the cinema business, but right now cinemas cannot exist without movies. Therefore, movie theater operators are discussing with their distribution partners a whole range of different models in order to make exhibition of movies during coronavirus viable. If a distributor needs to get movies to home entertainment platforms faster in order to monetize them more effectively, that’s something theaters owners have to consider in this current environment.

If Save Our Stages passes in November, how much relief will that provide for theaters? Will they be back asking for more money from Congress in the spring?

There’s no “one size fits all.” Every company is in a different liquidity position. I’d look at it in a different way. The majority of theater companies cannot survive until next year without help. How far into 2021 that help takes them wit