The Weeknd Thanks Jim Carrey for the ‘Perfect Birthday Gift’ 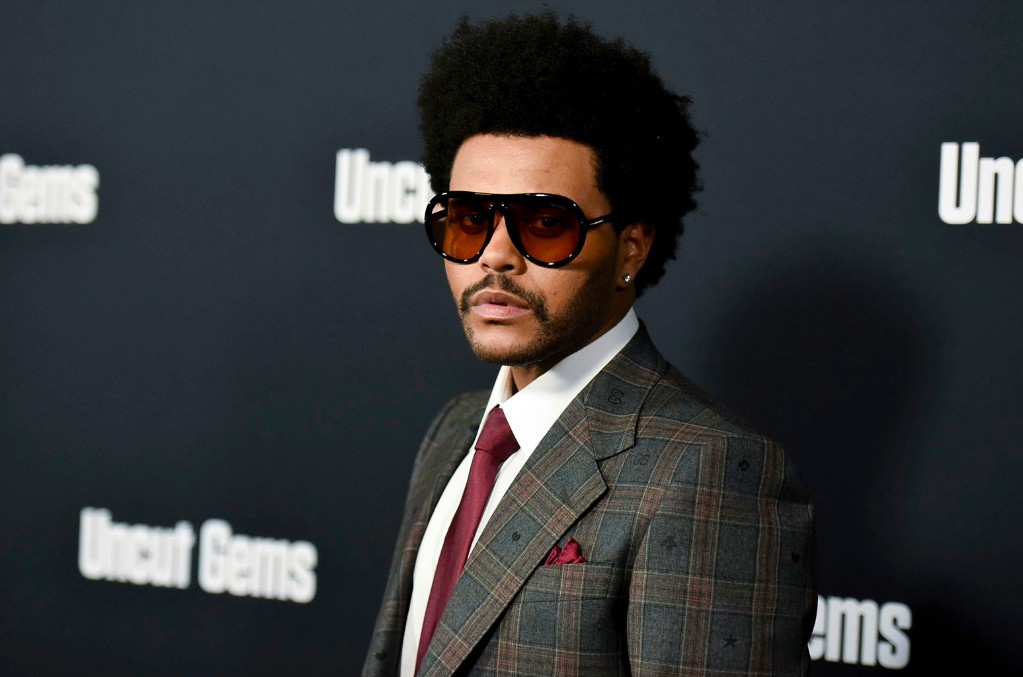 Jim Carrey is surprisingly the last person to forget The Weeknd‘s birthday last Sunday (Feb. 16) after the comedian gifted the R&B crooner a hand-painted portrait.

Carrey helped Tesfaye ring in the big 30 with a painting of The Weeknd’s face encapsulated in a red balloon with a white “30” reflecting on it. The Weeknd’s fans happily welcomed the veteran actor into the XO community in the replies while sharing their own Abel-inspired artwork.

Jim Carrey tones himself down (too much) as a Polish police detective out to solve a kinky murder in a grade-Z thriller swathed in “minimalist” style.

In “Dark Crimes,” Jim Carrey wears a grayish beard, cropped hair, and the jacket and turtleneck of a silently dissident Slavic literature professor from the mid-’60s. His character, named Tadek, is actually a Polish police officer, and Carrey speaks in an accent that’s so whispery and vague I got the feeling that if he were playing a Polish plumber back in his “In Living Color” sketch-comedy days, he might have worked that much harder to make his inflections authentic.

Tadek is a detective who got demoted to the lowly job of records-room clerk after a botched investigation. Desperate to win back his status, and his dignity, too, he seizes on a murder case that no one else will touch, maybe because it involves a sex club frequented by his boss. Throughout “Dark Crimes,” Carrey broods and stares like an actor who’s out to muffle any hint of his natural spirit by swathing it in poker-faced gloom. It’s as if he thought: The less I act here, the more I’ll seem like I’m “acting.” That beard seems to be literally tugging his head down.

The movie opens with images of what goes on inside The Cave, a hellfire S&M club where naked women are paraded around on dog leashes and abused in even more garish ways. None of it, however, is coerced; the film keeps making the point that the women are there voluntarily, strictly for the money. “Dark Crimes” could be one of those straight-to-tape movies from the 1980s — this one, loosely based on a true-crime New Yorker article, sat on the shelf for two years and will soon head straight to VOD — that wants to sell you on the idea that it’s all about crimes of passion. The sin of desire. Really, though, it’s a murder mystery with one twist, a movie just muddled enough to make you forget that crimes of kink aren’t actual crimes.

The hog-tied body of one of the club’s patrons has been fished out of the river. Tadek is sure he knows who the killer is: a writer, Kozlov, played by Marton Csokas as a nihilist dog who glowers at everyone with fulminating superiority. Kozlov has written a novel full of sex and homicide that appears to duplicate the circumstances of the murder. It’s full of windy passages of pulp Dostoyevsky, which we hear the author read on tape (“You murder a man, and the moment it’s done you’re already retelling the story to yourself, so that the act of killing is not your act of killing…”). But is what’s on the page, in a work of fiction, the only evidence Tadek has to go on? That and Kozlov’s insinuating outlaw-genius demeanor?

It’s all far too obvious (the novel should have been called “Red Herring”), and we spend most of “Dark Crimes” waiting for the other shoe to drop. That’s a problem, since the film’s pace never deviates from its hushed, deliberate, anticipatory gaze — it’s stuck in thriller-foreplay mode. The whole thing is a glossy “minimalist” tease, whether it’s showing us surveillance footage of the sex club whose activities we never get a detailed enough glimpse of or the spark that flames up between Tadek and Kozlov’s ex-partner, played by Charlotte Gainsbourg as a masochist who wears her bruises with pride.

Gainsbourg, as she proved in Lars von Trier’s “Nymphomaniac,” is such a fine actress that she can do a nude scene in which she communicates emotion entirely with the muscles of her back. She outclasses this movie, unlike Carrey, who for all his talent seems trapped in it. That’s what happens when an actor tries to stretch and reel himself in at the same time.