Jew in the City Launches Hollywood Bureau for Jewish Representation: ‘We Want to Be Seen as Individuals’ 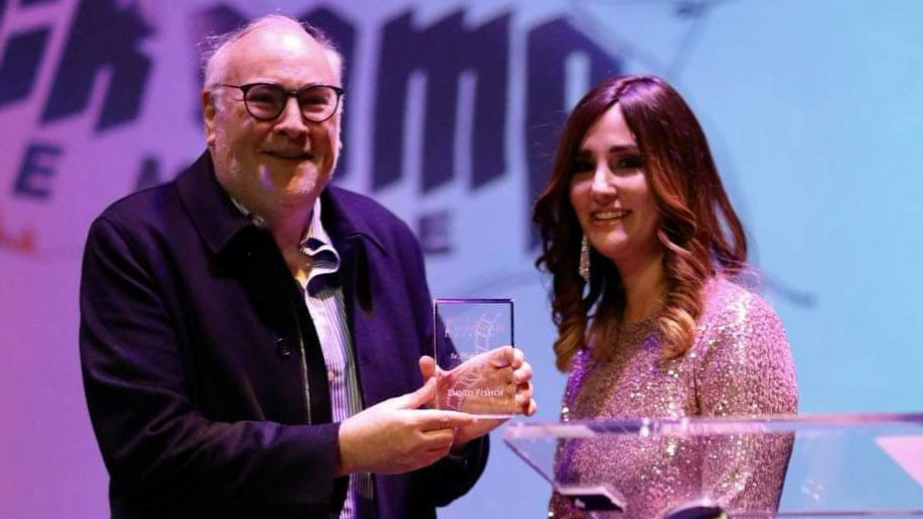 Through her organization Jew in the City (JITC), Allison Josephs has been advocating for accurate representations of the Jewish community in the media since 2007. She’s now opening an official Hollywood bureau to elevate JITC’s efforts, something Josephs said she would have done earlier, but she had no idea such a thing even existed until last year.

“We had been using social media, op-eds and relationships with reporters,” Josephs said, until she learned about other minority Hollywood bureaus created by the Muslim Public Affairs Council (MPAC), NAACP and the Coalition of Asian Pacifics in Entertainment (CAPE). The bureau celebrated its launch on Monday, and Josephs said the scope of its efforts will go beyond just Orthodox stories, although those are often the “most egregious.”

“We started off really with the idea that this would be about Orthodox depictions, so we could get a seat at the table when our stories are being told,” said Josephs, who is an Orthodox Jew herself. “As we started talking about this, all of these non-Orthodox Hollywood writers and producers started contacting us secretly and saying, ‘We’re also not happy with our depictions. We’re also not happy how fellow Jews are depicting us, how some non-Jews are depicting us.’”

Currently, the bureau is still in its early stages, with no official Hollywood office or full-time staff yet. Josephs said JITC is currently in the process of organizing an official academic study to track Jewish representation, meeting with network executives at NBC and CBS and has plans to form writers labs and establish a network of creatives who will further the cause.

Recent TV shows like “Unorthodox,” “My Unorthodox Life” and “Shtisel” have brought Jewish stories into the spotlight, but Josephs said those shows either overplay the dysfunctionality of Orthodox families or are simply inaccurate, which can fuel real-life antisemitic biases and hate crimes, which are currently on the rise. For these stories, one of the questions she asks as part of her “Josephs test” is whether a character can “self-actualize without leaving their Judaism behind.”

“What that makes it seem like is that leaving is the way that an Orthodox Jew sort of completes him or herself,” Josephs said. “It’s not to say that a story like that can’t be examined … but we want to be able to be proud and happy, and so many of us are.”

As Hollywood reckons with its depictions of numerous minority groups — from people of color to the LGBTQ community and disabled people — Jews, who make up about 0.2% of the global population, are still struggling to make their voices heard beyond stereotypical depictions and traumatic retellings of the Holocaust.

Jews played a major role in the founding of the Hollywood studio system, as documented in Neil Gabler’s 1988 book “An Empire of Their Own.” But that history is often erased, and it doesn’t mean the film industry has wholeheartedly welcomed Jewish stories. Indeed, many writers rooms and networks include Jews among their ranks, but not all are religiously observant. Much of the Jewish representation on screen is either depicted by gentiles (see: “The Marvelous Mrs. Maisel”), or is one-dimensional, self-hating or, even worse, outright antisemitic, with offensive tropes at the forefront.

Jonathan Prince, a Jewish producer and screenwriter who is collaborating with JITC on a documentary about the history of Jewish depictions in media, said he hopes the new bureau will be a step towards including a wider range of Jewish identities in writers rooms and allowing Jews to tell their stories without fear of retaliation.

“I remember coming of age as a writer, one older Jewish writer said to me jokingly, ‘Write Yiddish, cast British,’ and it stuck with me,” Prince said. “There is an assumption among non-Jews that somehow we’re in charge or we’re in control, and nothing could be further from the truth. We operate from the same fears of prejudice and fear of being targeted as any other minority.”

At the event, JITC premiered a 12-minute clip of the documentary, which features Josephs, “People Love Dead Jews” author Dana Horn, writer-producer Rob Kurtz and other Jewish industry players and experts. The clip lays out the groundwork of JITC’s current efforts, and examines some of the most problematic depictions of Jews on screen, from Kevin James mocking the prayers of Hasidic Jews on “King of Queens” in 1998 to Max Greenfield, a Jew himself, joking that “everybody hates the Jews” on “New Girl” in 2011.

“We are a community that loves to laugh at ourselves, which is great,” Kurtz says in the doc. “But there’s a big difference between laughing and ridicule.”

Josephs said she has found solidarity among the other existing minority bureaus, which have helped her build a framework for JITC’s current efforts. Her goals for the new bureau are vast, and she hopes it will allow JITC to address more nuanced issues, like problematic depictions that come from within her own community and the absence of representation for Jews of color, in addition to being an educational resource for networks and studios.

“At the end of the day, we want to be seen as individuals and not as stereotypes,” Josephs said. “We want to be able to feel proud of what we see on the screen.”