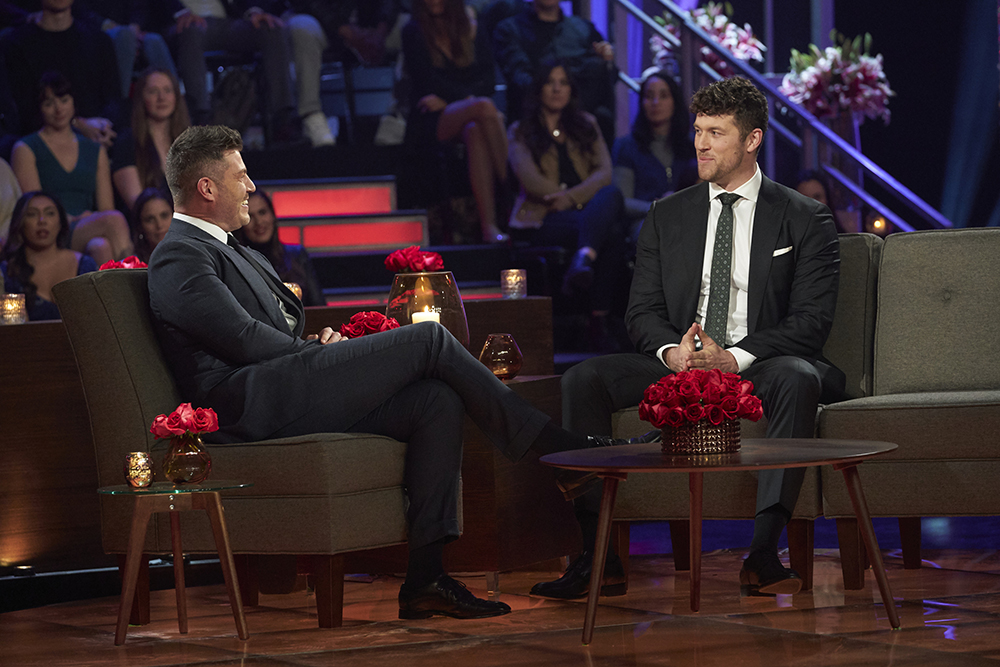 “The Bachelor” is always full of drama. But according to its new host, this truly will be the most dramatic season finale ever — so dramatic that even the Bachelor, himself, doesn’t know how his journey ends.

“As I sit here talking to you, I still cannot believe that I don’t know how it ends,” host Jesse Palmer tells Variety, about the finale, which airs live Monday and Tuesday night.

The finale shot last November in Iceland. Typically, a proposal scene is filmed during that final episode, which always airs months later. And during the course of those months after production wraps, sometimes there is trouble and paradise and things can change. This week, the two-part finale will show exactly what happened between “The Bachelor” star, Clayton Echard, and his finalists in Iceland, while also folding in live elements during “After the Final Rose,” where Palmer will sit down with Echard to question him about what went down this season.

For those who haven’t been watching, all hell broke loose on last week’s fantasy suite episode when Echard was left with his final three: Susie Evans, Gabby Windey and Rachel Recchia. Echard told all three women he was in love with them, and then admitted that he had sex with two of them. When he told Evans this, she left the show, saying that him sleeping with another woman was a deal-breaker, leaving Echard shocked and heartbroken in a state of tearful anger. To cap it off, Twitter had a meltdown, accusing Echard of gaslighting Evans.

“I left Iceland pretty sure I knew how this whole thing was going to wrap up, but now, I’m pretty sure I have more questions than answers,” Palmer says. “It’s really amazing to be at this point in the journey and have so much left unfinished.”

With so much in flux, does the actual Bachelor even know how his journey will end?

“Honestly, I don’t think he knows either,” Palmer says. The host teases, “To say that it’s going to be intense and dramatic and emotional, those are gross understatements. The rose ceremony coming up is going to be the most emotional and probably the most unforgettable rose ceremony ever on the show.”

Chatting over the phone days before the intense finale, Palmer tells us what to expect — or rather, to expect the unexpected.

You really don’t know how the season ends? And Clayton doesn’t either? How is that possible?

I really don’t. That’s really the crazy part. I’ve been in touch with him — not so much this week — and Clayton doesn’t know, I don’t know, the women don’t know, the producers don’t know. That’s the truth.

So, this is all going to be playing out in real time?

We’re all going to figure this out on Monday or Tuesday. This is not at all where I thought we’d be when I signed up for this. [Laughing] This has been a very emotional and wild adventure. The journey — I think — is going to come to an end on Tuesday. But it’s just so strange to be days away from it, but seriously have no understanding on how this is going to end.

You were obviously there when the finale filmed, so at one point, you did know how this ended. But are you saying that things have changed since production wrapped, and now everything is different?

This sounds like it could be a Peter Weber, or Arie and Becca situation…

I think this might be different. So many things that have happened with Clayton in this journey are really unprecedented. So many things have happened that have never happened in 20 years of “The Bachelor.” Even the ending in Iceland is in line with that, but the great unknown as we move through Monday and Tuesday and hopefully get some answers is something we’ve never seen before on “After the Final Rose.”

In Iceland, will we see a proposal? Was he engaged when you filmed? Will Clayton end up with someone?

There’s a ton of stuff that we are going to see. He tells two women he’s in love with them and he’s been intimate with both of them. So, number one, Clayton has to deal with the fallout from that. His family comes to Iceland and they do not let him off the hook. They hold him accountable for his own actions and his own decisions. So, can Clayton salvage the situation that he’s put himself in and work through this, or will he leave Iceland alone? We’ve seen former Bachelors and Bachelorettes tell two people that they’re in love, but I don’t remember three people.

By the way, it looks absolutely freezing in Iceland. The wind tunnel and the shivering really adds to the drama.

It was very cold in Iceland. November in Iceland is freezing, I can attest to that.

This is the first season in a couple of years that “The Bachelor” gets to travel after shooting in a bubble during the pandemic, and they pick Iceland — which looks incredible! — but other people get to frolic on a tropical island. Here we have poor Susie jumping into a cold plunge in a bikini.

Oh my gosh. [Laughing] They were just having to battle all the elements. Yes, it is a bit chilly, but it’s such a beautiful and dramatic landscape — when they went on their dates [by] volcanoes and black sand beaches. It really is some of the most breathtaking scenery you have ever seen in your life. It almost feels like you are on a different planet.

Speaking of Susie, in last week’s fantasy suite episode, Clayton was devastated when she left. Did he think it was going to be with her in the end?

That’s a good question. I was really confused because he told two other women that he loved them. I was never sure. I was thinking, “Did he love one woman the most? Was he confused?” His overnight dates with Rachel and Gabby just went so well. I don’t know. It was his first time being rejected in that situation, so I wasn’t sure if those were his raw emotions in that moment. I don’t know. And I still don’t know. These are good questions for me to ask on Monday and Tuesday.

Feel free to steal them please, Jesse. We’re all in this together.

Okay. [Laughing]. I want to find out!

Having starred as “The Bachelor” yourself, do you think it’s possible to fall in love with multiple women when you’re in this social experiment of a show?

For me, personally, no. I’m only comparing this to my experience on the show and my life. But my journey was so different [compared to] Clayton, so it’s hard to say. This is his experience and his emotions. This is what I want to get into with him on Monday and Tuesday — I want to understand his thought process. Did he just think he was in love? Did he maybe mistake those feelings for something else? Was he in love with three women, but he just loved them differently? I think a lot of people at home can’t understand how you can be in that position. I imagine he said these things in the moment, not realizing the effect they would have, and also not having a plan of how he was going to try to salvage everything. It’s hard for me to say and it’s really for him to answer.

You and Clayton are close buds. Have you spoken to him to get an update on where he’s at going into this crazy finale?

I have had a chance to have some dinners with him and catch up and he has given me updates on where he is, since the ending and some things that have happened. But I’m totally privy to everything that has happened in recent times, to be honest.

In the promo, you’ve teased a “historic moment” that will change everything for Clayton in the finale. What are you talking about?