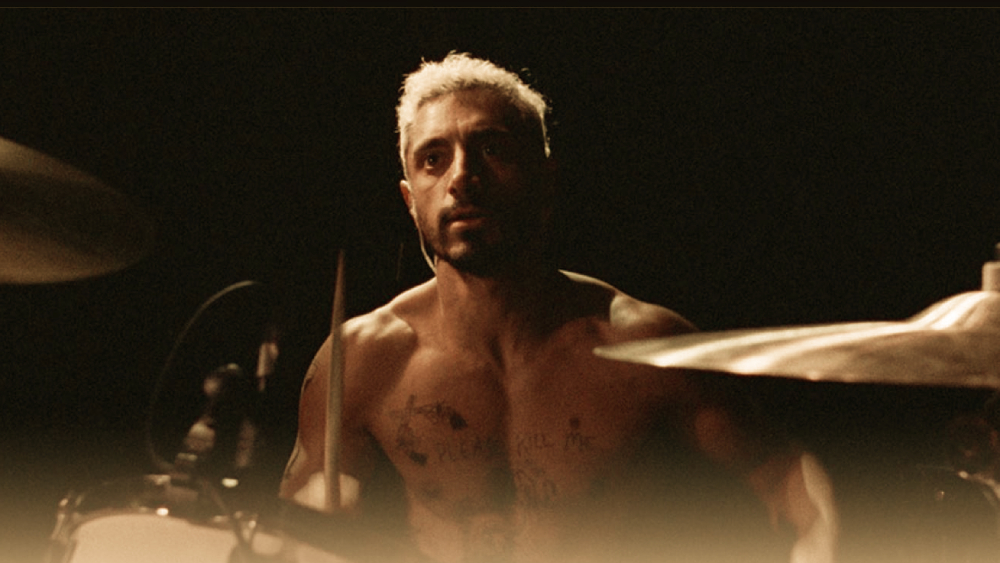 The film, bowing Friday on Amazon Prime, follows Ruben as he copes with his hearing loss. Director Darius Marder relies on sound design to immerse the audience into the film, allowing them to understand what Ruben is going through. To prepare for the part, Ahmed spent seven months working alongside American Sign Language coach Jeremy Lee Stone, learning ASL and integrating himself in the deaf community.

Ahmed and Stone spoke with Variety about their collaboration, how Ahmed’s life changed after working on the film and how Stone became more than just a coach to him, and also a friend. Ahmed also discusses the importance of the film’s message hoping it will bridge gaps between the hearing and deaf communities.

Jeremy, how did your involvement with “Sound of Metal” happen?

Darius wanted to emphasize the deaf community and deaf culture in the film, and since he doesn’t come from that background, he sought me out.

We spent seven months working on it and five days a week teaching ASL. Riz wanted a more inclusive, deaf community approach. He wanted to go to deaf events, meet deaf people and take a raw and unfiltered look at the deaf community and tap into our world and our perspective.

Riz, as Jeremy said, you immersed yourself in the community instead of reading books or watching TV shows or movies, and that added to the authenticity of your performance. Why is that so important to make sure that representation is accurately portrayed?

Riz Ahmed: I want to lose myself and immerse myself in something, and that’s what I love about this, that as an actor, you can tell stories.

Darius wanted everything to be real. He wanted me to be on screen and playing the drums. By immersing myself in it, when Ruben can be fluent in ASL, I’m able to try and get as close as possible to fluency myself, so we could improvise.

I’ve said it before, but I think Jeremy and the deaf community taught me the real meaning of the words listening and communication.

Ultimately, it was out of respect. I didn’t want to say, “Teach me a couple of words in ASL.”

If Ruben as a character is trying to learn about deaf culture in his film, then I want to authentically be learning about deaf culture. I wanted to respect this culture that I was so lucky to be welcomed into by Jeremy and his friends.

Jeremy, what did it mean to be an ASL coach on the film to ensure that the community was accurately and authentically portrayed?

Stone: I focused more on the ASL side of things as a language primarily. As Riz became immersed in the culture and the language, he became sensitive to the various ASL-isms – all the things that would be incorporated in the culture, the community and the world.

I wanted to make sure he was learning things such as eye contact and making sure that all of the traditions were being respected and that there was a sensitivity toward that.

His mindset slowly started to shift, and as he became more immersed in that deaf community approach, he was able to start along the journey and give a better lens as to what it meant to be a representative.

As an ASL coach, I was there to give insight into the community, after that, it was all Riz.

Ahmed: Jeremy is very humble. Technically, he started as an ASL coach, but he was a mentor to me in teaching me so much about Ruben’s journey, whether he realized it or not.

He taught me what true communication and listening were. He was teaching me about the culture. He was on set and giving me notes and thoughts, helping to make sure things felt real.

We also cast people from within the deaf culture and community to play those roles and Jeremy also appears in the film which speaks to the approach and authenticity that Darius was after. He put us in touch with translators and guided us throughout.

Jeremy, Riz has spoken about collaborating with you, but what was it like working with Riz and going on this journey with him?

Stone: In the beginning, it was more about logic and planning. He wasn’t that fluid with signing. I wanted to make sure that the register he was going to be using was appropriate for the film.
Throughout working those five days a week, I could see he was expressing himself more through ASL. I could see him getting more of those emotions. ASL is far more than just signs on the hands. It’s a lifestyle and I could see how incredibly skilled he was. I would say he went from having a basic level of ASL to a very advanced one.

Riz, you mentioned working five days a week with Jeremy on your ASL, did you spend any extra time on it outside of the set?

Ahmed: We became friends. If I had a party, Jeremy would come. If he was meeting up with friends, he would invite me. When Jeremy got married, I attended his wedding. We’d hang out at deaf poetry slams, and hanging out just became second nature.

What did you learn from making this film?

Ahmed: I think we bridged a bit of a divide between hearing and deaf culture which is often so segregated, and that’s the fault of hearing people. They overlook, marginalize and oppress deaf people. It was great to make that connection. Our connection was something on the unique side. It opened my eyes to the richness of deaf culture.

I remember Jeremy said, making the film connected him with hearing people. I hope when people see the film, they get this glimpse into these lives that they might not otherwise be aware of, and this culture that is so rich and has so much to offer.

To anyone who’s considering learning ASL or British Sign Language or any kind of sign language, do it because it will enrich your life with new friendships, new connections, and a new culture.

My preparation for this film was a privilege, it wasn’t taught. It was a joy and it has changed me and enriched my life. So, if you’re thinking about learning sign language, leap.