The Chicks Book Their First Post-Dixie Tour, With Patty Griffin and Jenny Lewis as Guests 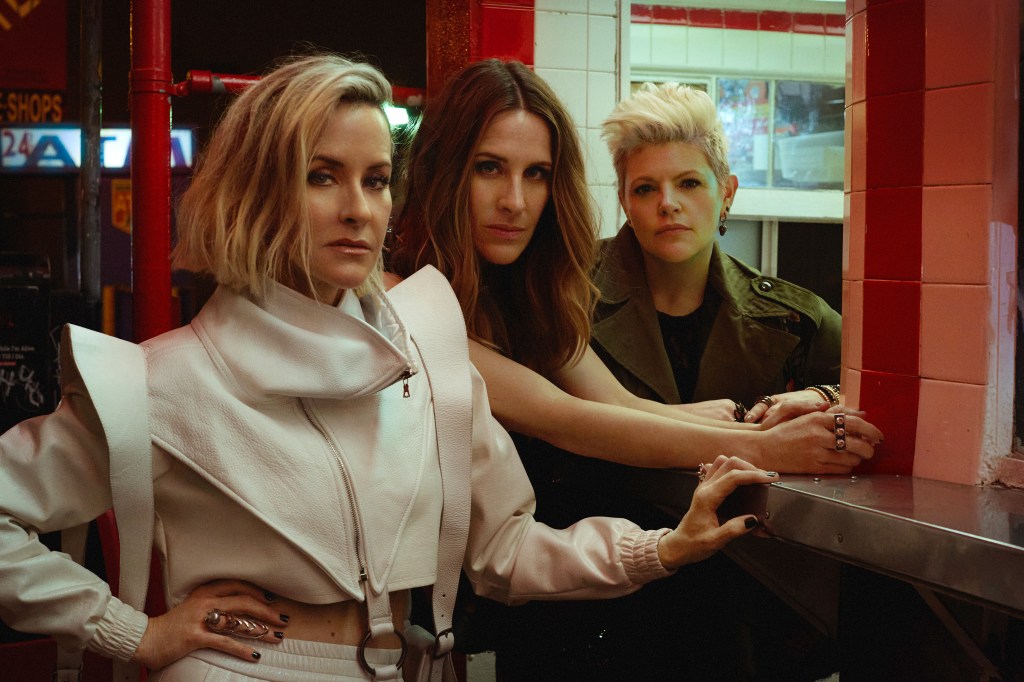 The Chicks will finally get to take their new and improved moniker on the road this summer, as the trio finally will have the opportunity to tour behind their 2020 “Gaslighter” album, as they’d planned to that year before the pandemic intervened. Patty Griffin and Jenny Lewis have been announced as opening acts for different legs of the outing.

The two-month, 27-city tour will begin June 14 in St. Louis and wrap up Aug. 13 with a show at the legendary Gorge in Washington state. The’ll make a visit to the equally scenic Red Rocks Amphitheatre in Colorado Aug. 2, with east coast dates including back-to-back visits to New Jersey July 6 and 8, at the P.N.C. Bank Arts Center and Waterfront Music Pavilion.

The only two-night stand on the tour is at L.A.’s Greek Theatre on July 25-26. (Unfortunately, by not appearing at the Hollywood Bowl, this will deprive fans of a meta moment if the group chooses to perform the “Gaslighter” song “Sleep at Night,” which seemed to reference singer Natalie Maines’ domestic history with the immortal lyrical anecdote, “Remember you brought her to our show at the Hollywood Bowl ‘ She said, ‘I love you, I’m such a fan’ / I joked that you can love me as long as you don’t love my man / There’s nothin’ funny about that.”)

Tickets go on sale for all dates Friday at 10 a.m. local time via Ticketmaster.

Griffin will open the shows on June 14 through July 16, and she rejoins the last tour for its final swing Aug. 5-13. It will be a reunion of sorts, as the Chicks covered several Griffin songs on their first three albums, including “Top of the World,” which a previous tour was named after. Lewis takes on opening duties for a six-show stretch in the middle of the tour, from July 23 through Aug. 2, including the L.A. Greek dates and a detour to the nearby Santa Barbara Bowl.

A tour had been planned for 2020 behind the “Gaslighter” album but no itinerary was ever released before the pandemic drew all worldwide tour plans to a halt. That album was originally scheduled for May 2020, then delayed to July, by which point the former Dixie Chicks had made the decision to eliminate the word “Dixie” from their name amid heightened attention to historically, racially charged names like Lady Antebellum’s. Copies of the album ended up in stores with both the old name and the new one.

Early on in her new record, Jenny Lewis warns us that Mercury’s retrograde wrath is far from over. Her cautionary words form the conceit of “Wasted Youth,”  a lament dressed in melody and charm. With the prospect of planetary bad luck looming, Lewis spends the chorus listing some of the ways in which we doom ourselves. Be it the poppy (and likely the nefarious substances for which it is often cultivated) or the blister-inducing high of Candy Crush, our options for self-destruction are limitless.

Over the course of her career, Lewis has long felt at home in the sweet spot where intuitive retrospection meets the snarled twang of alternative Americana. While the territory may be familiar, with “On the Line,” the execution has never been better. Built on the bones of a stretch in her life that saw Lewis end a 12-year relationship with singer-songwriter Johnathan Rice and lose her estranged mother to liver cancer, “On the Line” is an album steeped in reminiscence.

Arriving five years after Lewis’s last effort, 2014’s “The Voyager,” there is a cohesion to this collection that harks back to her solo debut. Just as “Rabbit Fur Coat” was loosely focused on Lewis’s fraught relationship with her mother, “On the Line” in part documents a late in life reconciliation between the two shortly before the latter’s death. The reverent undertones of “Little White Dove” reveal the farthest Lewis is willing to venture in directly exploring this period of time, but her new album repeatedly returns to questions concerning what we do when good memories turn sour.