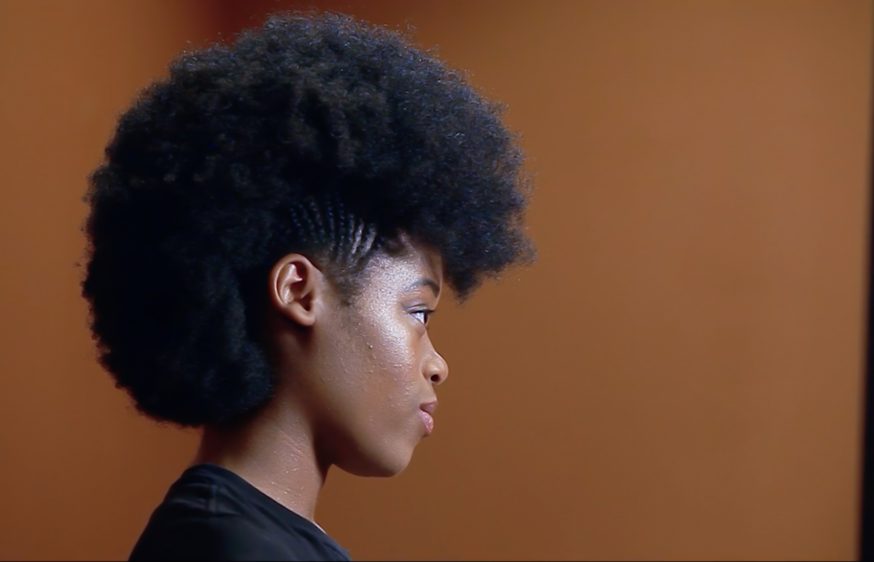 Both critical and celebratory, Jennifer Holness’ packed and penetrating documentary “Subjects of Desire” provides a superb overview of how Black culture has influenced, and been influenced by, contemporary beauty ideals from Civil War times to #BlackGirlMagic and beyond. Solidly if modestly presented — occasionally the photo-montage-and-voiceover sections feel a little bit PowerPointy — this energetic and provocative film lives easily on the small screen, though a truly enterprising outlet or streaming service would take note of how many fascinating avenues Holness’ dexterous arguments open up and order it to series.

The film is loosely structured around the 50th anniversary of the Miss Black America Pageant, but “loosely” should be stressed: Where a pageant’s suspense-based structure and inbuilt spectacle might prove too tantalizing a draw for most filmmakers, Holness has bigger fish to fry than backstage drama, wardrobe malfunctions and spangly tiaras. Instead, she uses the pageant’s history to get straight into the fraught backstory of Black beauty standards in relation to white society.

The first Miss Black America was held in protest against the traditional exclusion of Black women from the Miss America pageant, which was happening right across the street, and was itself being protested by (white) feminists for its perceived objectification of women. As author and academic Dr. Cheryl Thompson remarks, already in 1968, these contradictory protest events placed the progressive agendas of Black and white women “on opposite sides of the beauty paradigm.”

Skipping from archive footage to informative montage to film clip to talking head, Holness then embarks on a whistle-stop tour through the evolution, often the revolution, of that paradigm. Hair is a great case in point: in the Reconstruction era, Black women took to straightening their hair, a grooming technique not available to slaves, to signal their free status. Later, the civil rights movement somewhat reversed that association — Malcolm X’s “Who taught you to hate the texture of your hair?” speech reverberates here. And over the past 50 years or so, issues of appropriation, especially around braids and dreadlocks; the policing of Black women’s employment and social opportunities based on their hairstyles; and the tangle of class- and labor-related struggles that infuse tonsorial choices with deeper significance, have ensured that the aesthetics of hair remain a remarkably active political battlefront in the beauty wars.

Holness also teases out the development of the three traditional stereotypes of Black womanhood — the mammy, the Jezebel and the sapphire (aka the angry black woman) — and how perniciously they persist even in our supposedly more enlightened times. All the while, she cuts back and forth between point-making pre-existing footage and warmly shot interview segments with a varied but uniformly engaged and illuminating lineup of interviewees. They include singers India Arie and Jully Black, several writers and academics, former Miss Black America winner Brittany Lewis and three of the year’s hopeful contestants. Oh, and yes, Rachael Dolezal.

Not going to lie, when Dolezal first appears, it’s a shock. Infamously a white woman who rose to prominence claiming to be Black (and even now still “identifies culturally” as Black) her inclusion briefly threatens to derail Holness’ film. Dolezal is such a specifically peculiar outlier, not to mention such a pariah among both Black and white communities, that it feels like you either make your entire movie about her or you ignore her altogether. But on another level, her appearance here, though it can only scratch the surface of the many supplemental issues her story raises, is emblematic of the open-mindedness of Holness’ approach. Though her film is an invigorating opportunity to showcase Black women negotiating their own terms of engagement with the beauty ideal, it is also admirably unafraid to touch on more controversial areas. Colorism, light-skin privilege and the attitudes of Black men toward Black women’s looks are also investigated, acknowledging divisions and hierarchies that exist within the Black community too.

On the one hand, this is an astonishing amount of ground for one 103-minute film to cover. On the other, it’s inevitable that some of the issues raised are not as fully explored as others. The ethics of beauty pageants, for example, are not much examined. And the impact of the Black Lives Matter movement on the imagery and aesthetics of resistance, which is suggested by the frequent use of the iconic 2016 picture of the Black woman protester facing down a phalanx of cops in riot gear, is never thoroughly scrutinized. It’s a notable omission in an otherwise fantastically full film that is a convincing corrective to the idea that discussions about beauty are trivial. On the contrary, “Subjects of Desire” reveals how politically important such discussion is, especially when it gives voice to the very women who must move through this world with those social constructs inextricably encoded in skin and sexuality, in history, and in hair.