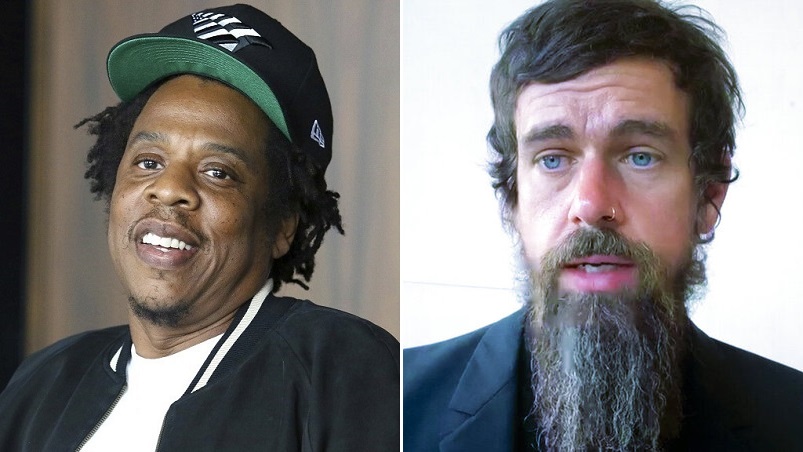 Since Square, the payments-processing company led by CEO (and Twitter founder) Jack Dorsey, announced plans to buy a “significant” majority stake in Tidal, the music and entertainment streaming platform run by Jay-Z, many have wondered exactly what it plans to do with the service. Tidal was announced amid great fanfare in 2015 as an artist-owned streaming service, after Jay-Z led a consortium of artists, including Beyoncé, Alicia Keys, Kanye West, Madonna, Rihanna and others, in a $56 million deal to acquire Norwegian streaming company Aspiro. Although Jay and friends did quite well financially in the deal — Square is paying nearly $300 million in a combination of cash and stock for Tidal — it has faced challenges in attracting subscribers and attention. Although its numbers are not public, it is known to lag far behind the three leading global music subscription services, Spotify, Apple Music and Amazon.

In its initial comments on the acquisition, Square said it sees an opportunity in enabling direct-to-fan business models and will extend its “purpose of economic empowerment” to musicians — a new category for the payments company. It says plans to bring new systems and tools to help artists find new ways to support their work and find “financial freedom.”

On Monday (June 28), Jay-Z and Dorsey held a half-hour conference on Twitter Spaces that was big on enthusiasm but very short on details, basically reiterating and vaguely elaborating on the initial comments. The pair were joined by a couple of up-and-coming musicians apparently chosen by Tidal: a songwriter named Olivia from Detroit, and one from Brooklyn who calls himself 25.

After Jay spoke about his motivation in forming Tidal — “This union came from Charlie Chaplin and others [actors] creating United Artists [in the 1920s], and I pretty much got the inspiration from what they were doing to create this type of coalition,” as he’s said before — Dorsey asked, “Why did our partnership make sense? Why join forces with a payments and financial company?”

Jay replied, “I think we were aligned in our conversation, and viewing artists and creatives as small businesses and treating each individual artist as a business. And the things that Square and Cash App were doing is pretty much aligned with what one does with their own brand. You create a business, take out a small loan, get the things you need to help you be successful and build it out from there. So our conversations just naturally aligned.”

Dorsey added, “We started talking a year ago now and saw so many parallels. I’d tell you stories about our work around helping small businesses — most of the financial industry is working against them. And in conversation it just became so apparent that there were so many parallels in spirit because of what a musician and a small business is going through. What really dawned on me was how weak some of the tool sets are for artists, with analytics and data, to understand what they’re doing and help them inform their decisions, especially considering other revenue streams like merchandise and touring and NFTs. It felt a little weird on the surface, but when you delve down there’s a lot in common.”

Dorsey then asked Jay what was the biggest surprise for him in his path as an entrepreneur.

“I think how natural it is,” he replied. “It’s like a natural progression of what you do, to create art and protect your art and have a dialog with the people who consume it. We want to open up all the information tools and simplify it for anyone — anyone can come onto the platform and create … I guess I’m getting ahead of myself, but anyone can come onto the platform and become an entrepreneur or a creator, or both.” (It was unclear what he was referencing there.)

The pair then took a few questions submitted over Twitter, one of which about whether there were plans to expand original content.

“Because we were so focused on music and artists, we did things that were a part of the culture, and we’ll continue to do that,” Jay replied. “I don’t have a timeline for that because it’s actively happening on a daily basis, and obviously we hope to continue it.

“And we find it and learn,” he continued. “Tidal went through a lot of iterations and mistakes and backlash, and we took our lumps and responded in kind. So we’ll continue to do that because the mission and the intention of what we want to do is right, I believe. Whether we get there today or in 10 years, I can’t tell, but we will continue to be part of the conversation and as we learn more the site will continue to develop in a positive way.”

The artists were then brought in, and Olivia asked about any plans for an artist portal where artists can see their analytics and personalize their own artist pages.

“Absolutely, that’s absolutely part of the plan,” Jay said. “I guess Jack could speak further to it.”

Dorsey agreed, “Absolutely, when Jay and I had our initial conversations, the biggest opportunity we saw was the tools — artists have very few access to data, information, analytics and there’s not enough direct connection to those tools and the tool spaces are rather weak in comparison to other industries. We want to add commerce and make it easy to collaborate and publish and take away all the friction points that most artists have to deal with.”

25 then asked whether artists would be able to upload video and photos and other content.

“We’ve had a lot of ideas around making music more social,” Dorsey said, “especially that fan connection, and all of them haven’t been great, I think they’ve focused on the wrong things. We have some ideas for new listening experiences and making the fanbase feel like a much bigger participant.”

Jay chimed in, “We’re working on a lot of exciting things in this area. These things will develop over time in these first 100 days, and as we get feedback and hear from you guys, we will add to it. Anything that makes sense.”

Dorsey concluded, “Any tools that we build, the intention is that wherever an artist wants to go with them, they go. We’re not interested in creating a closed ecosystem. We’re going to focus on those tools to make the artist shine and give them what they need to thrive in every way.”

Jay-Z will soon acquire a “significant ownership interest” in an NFL team, TMZ reported on Friday. The team was not disclosed, but a source told the site the deal will happen in the “near future,” adding that the billionaire rapper “wants to continue to be a change agent for the NFL.” Jay-Z’s company, Roc Nation, recently <a href="https://variety.com/2019/biz/news/jay-z-nfl-commissioner-discuss-partnership-say-theyve-spoken-wi