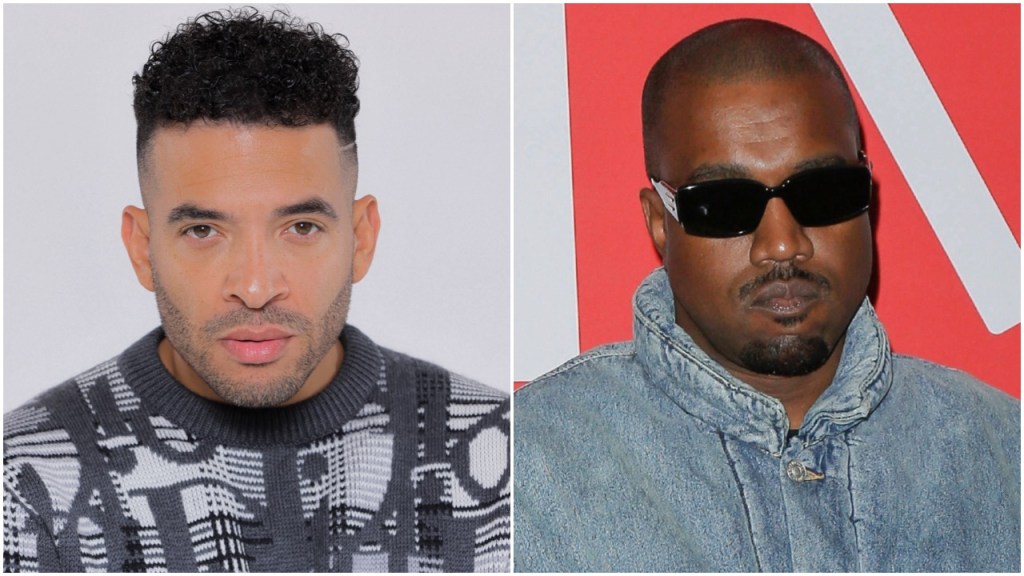 Kanye West has added a high-profile media figure to his executive ranks, naming Jason Lee, the founder-CEO of Hollywood Unlocked, to his team under the title of head of media and partnerships.

Lee shared his take on joining forces with West with Variety prior to the official announcement going out Friday. He says that his appointment was an outgrowth of the camaraderie he established with the superstar musician doing a video interview for Hollywood Unlocked that went up last month. “I think after the interview on Hollywood Unlocked, it was clear that we had an aligned vision for leveling the playing field in media,” Lee says. “Ye voiced a vision for a company he was building, and that media was an arm of that, and he felt I could be an asset.”

Speaking to the partnerships level of their teaming, Lee says, “Ye is a genius — in tech with Stem Player, in product and fashion with Yeezy, Gap and Balenciaga, with Donda Academy and Donda Sports, and in all things culture. My goal is to amplify those stories and inspire the next generation with all that amazing work.”

At the media level, meanwhile, Lee has already been actively working with West behind the scenes prior to Friday’s announcement. He consulted with Ye on the launch of the “Donda 2” album via the proprietary Stem Player device, and he was responsible for bringing in the well-established PR firm DKC as West’s new publicity reps in February.

They both believed the Hollywood Unlocked interview represented a breakthrough for West’s views being understood in the culture. “The intention I had for him in that interview wasn’t to gaslight him for a headline,” Lee says, “but to allow him space to speak his mind freely. The pickup from that interview was fair and allowed him to be human again.”

As to how this new position will or won’t affect Lee’s flagship brand, Lee tells Variety, “Hollywood Unlocked is a company I started in 2015 with the purpose of pulling back the veil of the industry and giving fans a closer perspective and access to your favorite stars. This relationship allows for that to become a reality. We will continue to have the voice we have regardless of what he is doing; however, we offer our platform to him to clear the air when he feels he wants to.”

Of his urging West to bring on DKC for publicity, Lee says, “When I started, it was clear that he needed to have a publicity team that could build a cross-brand strategy to tie all things Ye together. DKC has an overly adequate team of media professionals to ensure that he knows in real time what is out there and that his narrative is always clear in the conversation.”

Asked if he has ideas for what needs to be done to reframe the public narrative for West, Lee says, “I won’t publicly discuss his media strategy because that would be me controlling his narrative. I’m helping him to understand the media landscape and high-level brand strategy. There is a roadmap being developed that I think will shift his relationship with the press.”

Lee had his own fracas of sorts with the press recently when he took some heat over Hollywood Unlocked reporting that the Queen had died, a story he initially defended  before backing down. Did that give him a feeling for what it’s like to be under that media glare instead of the one casting the spotlight? “Ironically, yes,” Lee concedes. “But I’ve always understood how the press works, because I’m a part of that machine. But unlike most outlets when they get it wrong, I took ownership, apologized and moved on regardless of whether the world hasn’t.

“But one thing we have in common is the pleasure of independence and ownership,” Lee continues. “I also share the confidence that we will be (part of an) imperfect world that expects people to always be perfect.”

Lee says that, contrary to the belief that there might not be much room for dissent in West’s camp, the artist has showed an openness to hearing out takes from his new executive hire that differ from his own.

“What I’ve found is, if you’re honest and clear with your intentions, he respects you,” Lee says. “He publicly said that I’m not a yes man when we hosted the Future Brunch, and I really appreciated that, because I’m not. And when people say he’s complicated or whatever, it might be because they have their intentions that don’t align with his. We’ve both told each other no, and we both respected the answer without taking it personal.

The official announcement of Lee’s hiring says that “as Ye builds out various entities committed to amplifying narratives and humanizing Black voices in media and storytelling, Jason, in this new role, will work to bring in like-minded institutions and content that will further expand Ye’s media empire.”

The announcement makes note of Lee as an LGBTQ+ personality as well as leader in Black culture, noting that the Hollywood Unlocked “empire” is “one of the nation’s top-4 urban entertainment brands.” The site and the attendant programs that Lee started up in 2015 have become go-tos for candid celebrity interviews with music stars like Cardi B and actors such as Tiffany Haddish and Kevin Hart.