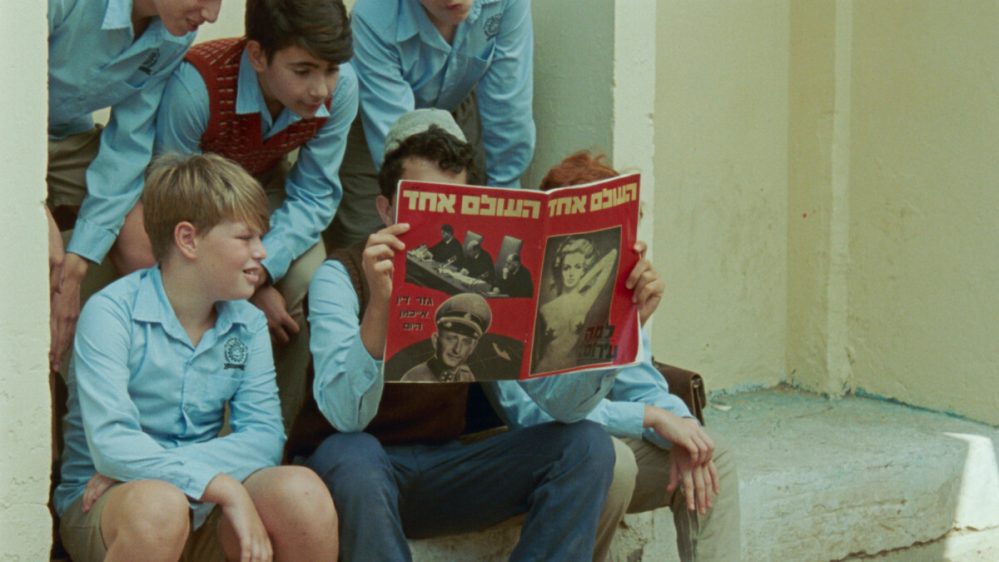 However many books and movies take it as their subject, a historical travesty on the incomprehensible scale of the Holocaust must always contain within it an uncountable number of untold stories. Given this wealth of untapped dramatic potential, it’s all the more perplexing that American director Jake Paltrow should choose to refer to his family’s Jewish heritage (the Paltrows have Belarusian and Polish Jewish ancestry) with “June Zero,” a polished, well-performed but thinly stretched attempt to communicate the seismic impact of Adolf Eichmann’s 1962 execution on Israeli society. Though it occasionally brushes up against intricate ideas about memory and memorialization — who gets to be commemorated, who must not, and the genesis of the ‘never forget’ ethos — “June Zero” itself leaves a quickly fading impression.

The film’s status as an Israeli prestige project is signalled by the involvement of the Israeli Ministry For Culture and Sport and The Conference on Jewish Material Claims Against Germany, among other institutions whose logos unfurl before the opening credits like a particularly long Powerpoint presentation. This suggests the film’s chief future purpose may be as an educational tool for generations at an increasing remove from this foundational episode in the nation’s evolution. Its earnest intentions are not in question. Instead, the issue is one of focus, with Paltrow, who co-wrote the Hebrew-language screenplay with Israeli writer-director Tom Shoval, electing to split the film’s attention unequally three ways.

The storyline following Haim (Yoav Levi), Eichmann’s guard during his trial, sentencing and, finally, his unheralded hanging (on a day designated “June Zero” by a local tabloid to avoid the possibility of it becoming a notable anniversary) is rife with illuminating detail. Scrupulously polite and correct in his dealings with Eichmann (whom we only ever glimpse partially, in one of the film’s best-achieved formal flourishes), the Moroccan Haim is mostly tasked with ensuring that none of the few people who have contact with his prisoner has a direct connection to the Holocaust: It is his job to maintain vigilance against vigilantism. When a new barber arrives to give Eichmann his final haircut, Haim insists on vetting every snip of the scissors — a tense scene only undercut by the unnecessary added twist of a possible concussion from a recent car accident causing Haim to hallucinate perils where none exist.

Then there’s Micha (a soulful Tom Hagy), an investigator for the prosecution in Eichmann’s trial, whose incongruous, almost self-contained storyline is the only section of the film not set in Israel. Micha is part of a delegation to Poland, where he visits the ghetto in which he experienced torture and humiliation prior to being shipped to a camp. (These scenes were actually shot in Ukraine, which gives them an unforeseen sad relevance.) The conversations he has here, with the attractive, somewhat combative representative of the Israeli commission (Joy Rieger) are didactic but fascinating, touching on thorny issues, such as when it is that Holocaust memorialization crosses the line into mere tourism, and just how much the survivors of Nazi atrocity owe it to history to relitigate their trauma over and over again. “Must ‘never forget’ become ‘only remember’?” the Israeli rep asks him, and Micha’s eloquent, agonized response, beautifully delivered by Hagy, is a small essay in Holocaust historiography all by itself.

But neither of these two men is the main character in “June Zero,” which instead is framed and given its forward momentum by 13-year-old rapscallion David (engaging newcomer Noam Ovadia), a Libyan immigrant who, partly as punishment for bad behavior at school, is sent to work at a factory that manufactures industrial ovens for bakeries. When his vaguely gangsterish boss gets the commission from Haim to build the one-off crematorium that will be used to dispose of Eichmann’s body (cremation is forbidden in Jewish tradition, so no such devices exist in the country), David proves an endlessly resourceful and useful asset to the project. Again, there are nicely observed details here, from David’s touchy truculence in the face of anti-Arab racism, to the horrible irony of Jewish factory workers building an oven to the same spec as the German death camp crematoria.

But although DP Yaron Scharf’s warmly saturated 16mm photography gives a rich, antique texture to the visuals across all three storylines, it simply can’t be ignored that the capers and mini-heists of David’s arc lack the gravity of Haim’s or Micha’s narratives, and his connection to Eichmann’s execution is tangential at best. In their different ways, both Haim and Micha can be seen as contending with the central paradox of the whole Eichmann trial phenomenon — one most famously summed up by Hannah Arendt when she coined the phrase “the banality of evil.” Both men have to work out how to live their ordinary, everyday lives in close proximity to inconceivably colossal cruelty. Haim has to keep this reviled man alive and healthy in order that he might be killed in accordance with the law. Micha must decide if the work of commemorating those who lost their lives to the barbarism of men like Eichmann is worth the sacrifice of the rest of his.

But framing such weighty and provocative ideas within David’s story is a strange misstep. When this occasionally insightful movie ends with an epilogue about, of all things, an argument over Wikipedia attribution, it cannot but feel trivial compared to the momentous nature of this extraordinary moment in history, relegating “June Zero,” at best, to the status of a footnote.