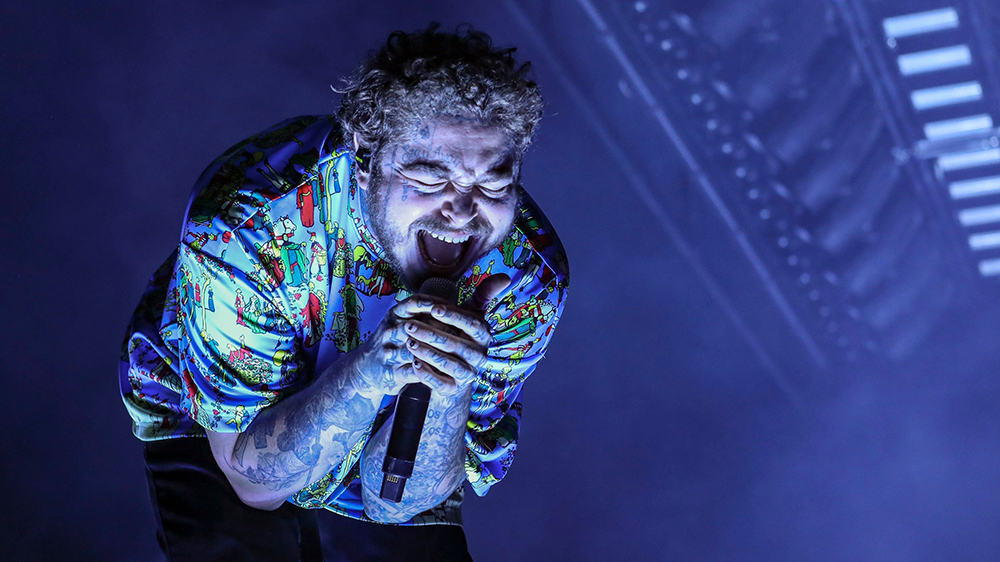 Scott, whose career is in crisis as a result of the deadly calamity Friday night at his Astroworld Festival in Houston, had remained on the schedule posted on the Las Vegas gathering’s website though Monday night. But Variety reported on Monday morning that he had already officially pulled out over the weekend, with sources saying he was “too distraught to play.”

Just prior to putting up the Post Malone news late Monday, the Day N Vegas account first posted a more solemn message that read: “Travis Scott will no longer be performing at Day N Vegas. The security and safety of all attending Day N Vegas has been and is always top priority in our festival planning.” Without promising any specific changes in store, the statement continued, “We continue to work hand in hand with law enforcement, medical personnel and public safety agencies on our protocols for the weekend. Please take care of yourselves and each other. Look forward to seeing you in a few days.”

Thirteen minutes later came the more chipper tweet: “We are excited that POST MALONE has been added to close out Saturday night!”

The other headliners at Day N Vegas are Kendrick Lamar on Friday night and Tyler, the Creator on Sunday. The bill for the middle night was already star-packed — it would have seemed viable for AEG to move up either of Scott’s support acts that night, Lil Baby or Doja Cat — but the promoter moved quickly to bolster the star quotient with a replacement considered to be Scott’s equal in drawing power.

We are excited that @PostMalone has been added to close out Saturday night! 🌻 ♠️ Download the Day N Vegas app to view set times, register your wristband and receive real time updates and info 📲 pic.twitter.com/lrO6LfvJ78

Festival passes remain on sale for the event, with the majority being general admission, excepting VIP tickets that allow access to a special viewing area near the stage.

The Goldenvoice-produced festival is being held at the Las Vegas Festival Grounds on the Strip, north of Circus Circus. There are three stages set up throughout the event, with the two smaller stages scheduled to close up shop each night right as the day’s headliner is going on.

Day N Vegas is being promoted by AEG, rival to Live Nation, which was responsible for promoting Astroworld. AEG faces more possible decisions regarding Scotts status down the line: He’s booked as one of three headliners for two weekends of Coachella this coming April.

In the Astroworld fracas, eight people died and several hundred received treatment on-site for injuries. As of Monday morning, around a dozen people were reported to still be hospitalized, some with grave injuries.

Song of the year honors went to Khalid’s “Talk,” which had also been nominated for record of the year at the 2020 Grammys. As a thank-you, the singer offered BMI an exclusive acoustic performance of the tune (see below), which is being celebrated for getting more play than any other R&B song co-written by BMI members in the last year.

J. Cole and Post Malone tied for songwriter of the year. Each co-wrote three of BMI’s most played songs in the represented genres. Cole won for having “A Lot,” “Middle Child” and “The London” make the list, while Malone had “Goodbyes, “Sunflower” and “Wow” show up among the year’s most performed.

Khalid and Post Malone came into the BMI R&B/Hip-Hop Awards already having scored top honors this summer at the BMI Pop Awards, where the two performers had tied for the songwriter of the year award. Malone is also on a streak at the R&B/hip-hop awards, since this is his second year in a row being named as songwriter of the year there.

Sony/ATV Publishing was named publisher of the year, getting that honor for the second year in a row. The publisher represented 20 of the songs named as the best performing R&B/hip-hop hits of the year.

Nick Mira was the producer of the year winner. BMI cited his 10 collaborations with BMI writers to make the Billboard Hot 100 in the last year, including two with the late Juice WRLD, “Lucid Dreams” and “Bandit.” Seven other producers recevied kudos for having five or more charting songs with BMI writers: Charlie Handsome, London On Da Track, Mike Dean, Eminem, Tay Keith, Taz Taylor and Wheezy Beatz.

A complete list of BMI’s winners can be found here. The site also includes acceptance speeches from some of the winners. In honor of this being the 20th anniversary of the org’s R&B/hip-hop awards, some past winners created videos of their memoriesfor the site, including Brandy, H.E.R., Patti LaBelle and Ludacris.