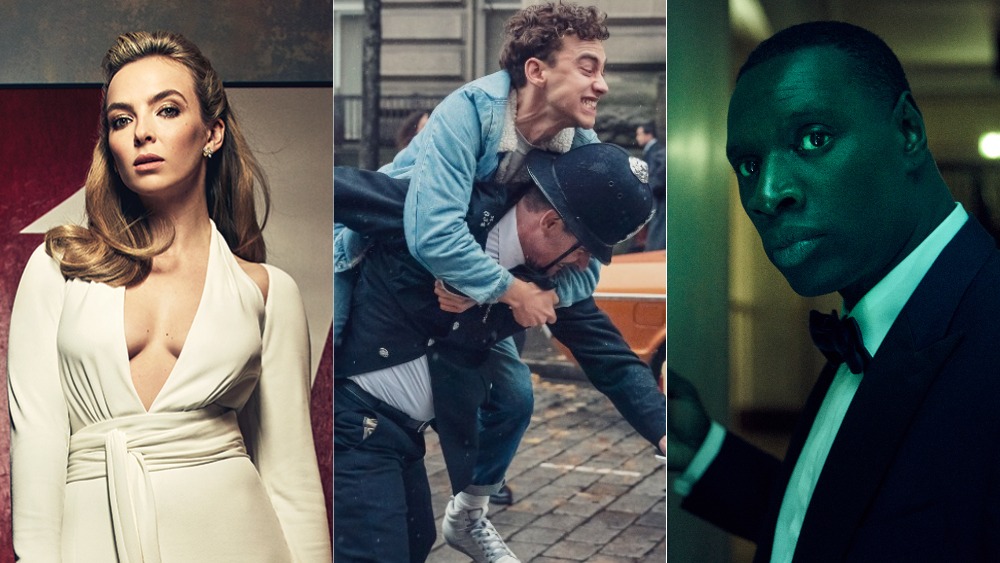 Jodie Comer has won the Variety Outstanding Achievement Award at the 2021 Edinburgh TV awards. The award is in celebration of her work, which includes acclaimed U.K. dramas “Killing” Eve and “Help.”

The cast of Channel 4’s “We Are Lady Parts” were presented with the Best Comedy Series award by this year’s Edinburgh TV Festival international editor, Tan France.

BBC One was crowned Channel of the Year, while Channel 4 won seven awards across the On Demand, Drama, Comedy, Actor, Factual and Breakthrough Talent categories.

Production Company of the Year was awarded to Bad Wolf and presented to Jane Tranter by “His Dark Materials” actor Amir Wilson.

The awards were presented in a digital ceremony hosted on the Edinburgh TV Festival’s Twitter handle by rising comedy star Kae Kurd, who prepared exclusive stand-up material for the event.

Edinburgh TV Festival creative director Stewart Clarke said: “Huge congratulations to all of the Edinburgh TV Awards winners, a line-up that truly takes in the best talent, producers, writers, and channels – and celebrates the incredible work of the brilliant people in our industry. And a special thank-you to all of the juries who gave up their time and to jury president Reggie Yates.”

“Rob & Romesh Vs.” – CPL Productions for Sky One

“Joe Lycett’s Got Your Back” – Rumpus Media for Channel 4

Specialist Channel of the Year

Channel of the Year

Production Company of the Year

Small Indie of the Year 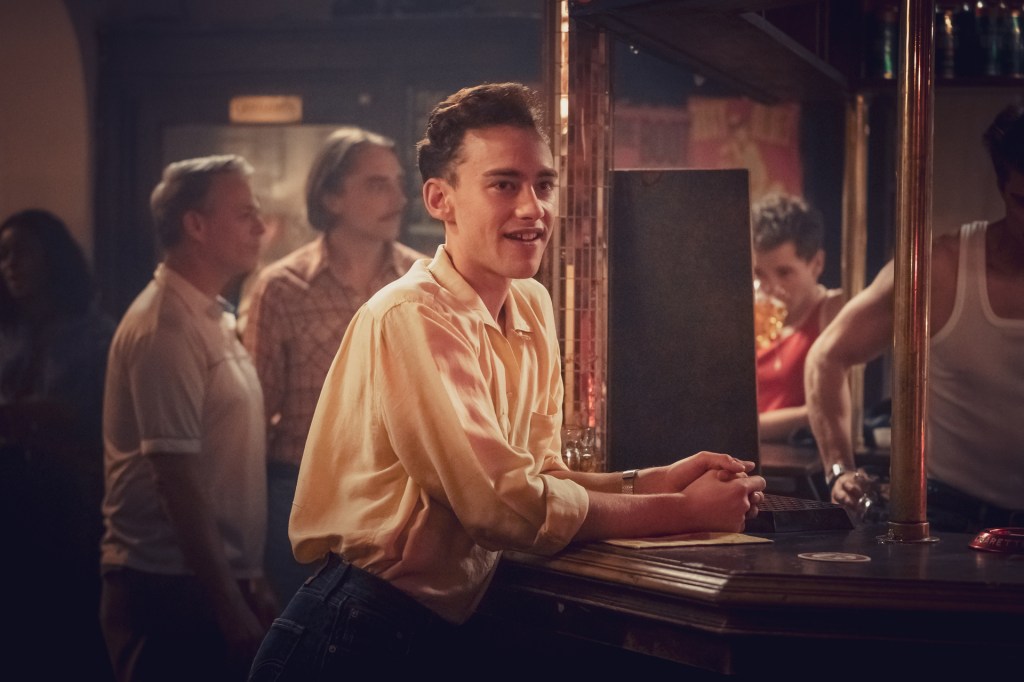 HBO Max’s “It’s a Sin” offers American audiences a glimpse into the AIDS crisis as seen through British eyes.

Russell T Davies’ four-part series, which follows the residents of the Pink Palace in the early 1980s, is anchored in love, fear, grief and shame, and the
soundtrack of the stories are iconic needle drops from the era. Among them: Culture Club’s “Karma Chameleon,” Wham’s “ F r e e d o m ,” E r a s u r e ’s “ Oh L’Amour,” Kate Bush’s “Running Up That Hill” and the Pet Shop Boys’ “It’s a Sin.”

The initial idea was for the show to rely on score rather than commercial music. “It would be used for pivotal moments,” says music supervisor Iain Cooke. But the music for the series continued to evolve and grow that by the end, Cooke says, “we ended up with three and a half times that.”

With each episode having a multitude of cues, he says not all the musical moments were scripted. OMD’s “Enola Gay” and Soft Cell’s “Tainted Love,” for instance, came up in post-production.

An exception was when Ritchie, played by Olly Alexander, discovers his sexuality and goes on a club crawl conquest. Davies had written Louis Clark’s “Hooked on Classics (Parts 1 & 2)” into the script as a montage plays out. “It was a bold and unique choice — quite brash,” Cooke says of Davies’ directive. “I’m not sure many would do that, but Ritchie’s boldness shines through in that one cue — it’s his personality and his humor.”

Cooke credits Davies for securing the rights to such iconic songs. “It is a testament to his writing and his pedigree,” he says. “When you know subjects are so sensitively handled, but also with such heart. It’s not a cynical view of a scene and an era [but rather] told with such personal experience that makes securing the rights a little easier.”

Still, the process included writing letters to artists, songwriters and estates. And while there were a few complicated scenarios, the
majority came back very receptive and open to the idea, sending back personal notes to Davies wishing him well.

And what of deceased artists? Says Cooke: “George Michael, in particular, had a fantastic sense of humor. It was told with such
sensitivity and empathy, that it’s in good hands. And there was no better team to tell the story.”

Cooke clarifies the show was not named after the Pet Shop Boys song. Initially, the show was going to be called “Boys,” but it came too close to Amazon’s series to co-exist. Since the song had already been written into the episode, Davies chose it as the title.

With the end credit tracks (“Gloria” by Laura Branigan and Queen’s “Who Wants to Live Forever”), Cooke says he found those “hardest to condense because at that point, you’re wallowing in the sentiment.”

When it came to deciding which segments of a song to use, the show had its own musical philosophy. “We don’t necessarily have to always hear the chorus,” says Cooke. “The story dictates the length of the song. You don’t want to overstay your welcome just for the sake of hearing more of the song. Sometimes less is more. There’s a balance where you want the audience to enjoy the song, but you want them to enjoy the story more.

Disney Plus has hired Channel 4 commissioner Lee Mason to lead its scripted efforts out of EMEA, Variety has confirmed.

Mason first joined Channel 4 in 2011, and has commissioned shows including “The End of the F**king World,” which was a co-production with Netflix, as well as “Ackley Bridge,” “Adult Material,” “Help,” “Screw” and “The Birth of Daniel F Harris.”

U.K. outlet Broadcast was first to report the news.

Starzplay has swooped for Russell T. Davies’ hit drama “It’s a Sin” in Germany and Italy.

The Lionsgate-backed platform, which has been steadily expanding its global footprint in the last year, has bought the five-part series from All3Media International.

Premiering in Germany at the Berlinale this week, where Davies will be in conversation with Variety, “It’s A Sin” follows a group of friends living in London through the 1980s and forced to navigate the pain and isolation of the AIDS epidemic.

The drama explores the lives of gay youth Ritchie (Olly Alexander), Roscoe (Omari Douglas) and Colin (Callum Scott Howells) as they embark on a new life in the city. The group and their best friend Jill (Lydia West) find themselves thrown together, and soon share each other’s adventures. But their lives will soon be tested in ways they never imagined as AIDS casts its long shadow.

“It’s A Sin” has everything that Starzplay looks to offer our audience who has come to expect edgy and provocative content from our service,” said Superna Kalle, executive VP of Starz International Digital Networks. “An award-winning writer, an extremely talented cast, and not least of all, a beautiful and poignant story with complex characters set in an important time in history. We’re very proud to add ‘It’s a Sin’ to our content offering.”

Paul Corney, senior VP of global digital sales at All3Media International, added, “Starzplay is a great partner for a number of All3Media International series and we are delighted they will be presenting this beautiful piece of storytelling by Russell T Davies to their subscribers on their service in Europe. The show will have audiences laughing and crying and we have every confidence they will love it as much as we do.”

Starzplay’s line-up in Germany and Italy includes “Normal People,” “The Great” and “Ramy.”