I Don’t Call Him Daddy

Doug Supernaw, Country Singer of ‘I Don’t Call Him Daddy,’ Dies at 60 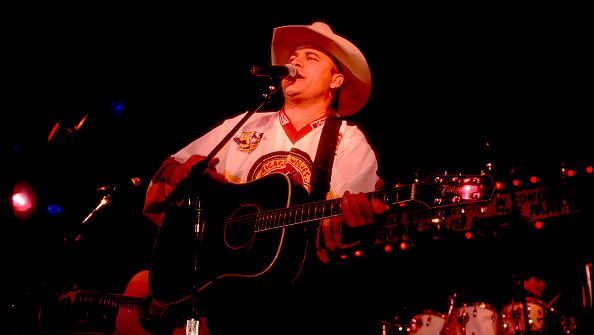 Country music singer Doug Supernaw, known for his hit 1993 single “I Don’t Call Him Daddy,” died of cancer on Friday at his home in Texas, his record label B&G Records confirmed in a statement. He was 60.

“Diagnosed in February 2019 with advanced stage four lung and bladder cancer, Doug began an aggressive treatment schedule with the hopes of shrinking his numerous cancer cells,” the statement reads. “Fighting the good fight for almost two years, Doug’s cancer had spread to his brain and spine, and he was placed in hospice care in October 2020.”

In 1993, Supernaw was nominated by the Academy of Country Music Awards for top male vocalist and song of the year for his single “I Don’t Call Him Daddy.” His other notable tracks, “Reno” and “Not Enough Hours In The Night,” also topped the country music charts during the ’90s.

The Texas-based artist returned to the studio in 2017 to re-record a handful of his songs for the “Doug Supernaw Greatest Hits” collection. The project featured two new tracks, “The Company I Keep,” “Here’s My Heart,” and “Long Tall Texan” that was originally recorded with The Beach Boys. According to his record label, Supernaw had hoped to return to the stage after his 20-year hiatus, before he was diagnosed with cancer.

Born in 1960 in Bryan, Texas, Supernaw released his first album “Red and Rio Grande” from BNA Records, a label tied to Arista Nashville and RCA Nashville. He released his debut single “Honky Tonkin’ Fool” in 1993, followed by “Deep Thoughts from a Shallow Mind” and “What’ll You Do About Me.” In the 2000s, Supernaw faced legal and personal battles, though he continued performing at live events, including the CMA Music Festival in Nashville.

Supernaw is survived by his wife, children and grandchildren.