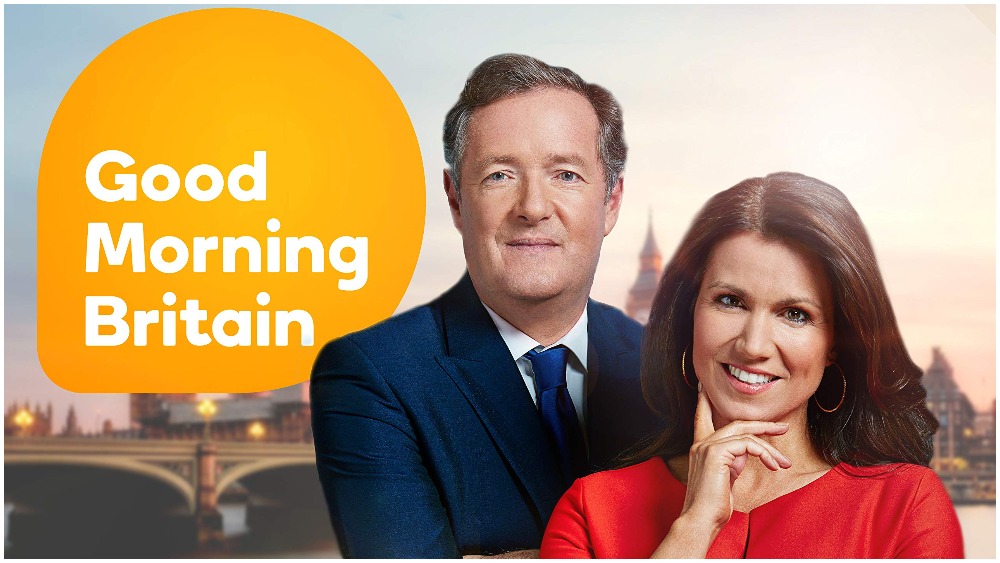 It was news as usual at U.K. broadcaster ITV’s breakfast show “Good Morning Britain” on Wednesday, as former presenter Piers Morgan stood by his disbelief of Meghan Markle’s statements.

“On Monday, I said I didn’t believe Meghan Markle in her Oprah interview. I’ve had time to reflect on this opinion, and I still don’t. If you did, OK. Freedom of speech is a hill I’m happy to die on. Thanks for all the love, and hate. I’m off to spend more time with my opinions,” Morgan tweeted on Wednesday, adding a quote by pugnacious former British Prime Minister Winston Churchill.

On Monday, I said I didn’t believe Meghan Markle in her Oprah interview. I’ve had time to reflect on this opinion, and I still don’t. If you did, OK. Freedom of speech is a hill I’m happy to die on. Thanks for all the love, and hate. I’m off to spend more time with my opinions. pic.twitter.com/bv6zpz4Roe

“Good Morning Britain” began at 6am local time on Wednesday, presented by Ranvir Singh, who led with the news of the Queen finally breaking her silence over the explosive interview given by Meghan Markle and Prince Harry to Oprah Winfrey that was first broadcast on CBS in the U.S. on Sunday.

Singh began the show saying, “I know what’s on your mind, we’ll get to it,” adding that Morgan’s regular co-host Susanna Reid would be joining at 6.30am. Reid joined on the dot and began by saying, “A number of people of course will know the news and many of you will not, and will be surprised, that Piers Morgan is not here this morning. Now Piers and I have disagreed on many things. And that dynamic was one of the things that viewers loved about the program.

“He is without doubt an outspoken, challenging, opinionated, disruptive broadcaster. He has many critics and he has many fans. You will know that I disagreed with him about Meghan’s interview. He himself clarified his comments about her mental health on the show yesterday, there were many voices on GMB and everyone has their say, but now Piers has decided to leave the program.

“Some of you may cheer and others will boo. He has been my presenting partner Monday to Wednesday for more than five years. And during Brexit and the pandemic and other issues, he has been a voice for many of you and a voice that many of you have railed against. It is certainly going to be very different, but shows go on and so on we go.”

Singh joined in and said, “Well said, that can’t have been easy. It’s not easy. It’s not easy, is it? He’s a big character and lots of people got in touch to say, this was always on the cards. (Some) people are glad that he’s gone. Many viewers will be absolutely gutted this morning because he is… you know, we’ve had our highest ratings on Monday – there’s a reason for that. People want to know what he thinks and people like to hear whether they agree with it or not. They want to hear what he has to say. And, we’ve all been on that ride, haven’t we.? And, you don’t call him marmite for nothing. There’s a reason for that.”

Marmite is a British food spread that polarizes opinion.

“We are here, the show is still GMB,” Singh continued. “We still do our job and we’ve still got lots to say and lots to debate, but some of course, for many of you this morning, you will be scratching your heads a little bit, but we understand that. And a colleague of ours has left. It’s a different atmosphere in the studio today. It sort of slightly discombobulating feeling for all of us.”

Singh said that she was due to co-present the news on Wednesday anyway and not to read anything into it. She merely shifted seats to occupy Morgan’s normal position.

“It’s a strange morning for all of us here, but. The decision has been made. And, um, I think, you know, when there are thousands of complaints about something, things have to be taken seriously,” Singh said.

Reid said that the Markle and Harry interview has had “reverberations in ways that many of us may not have expected,” and the discussion segued into that topic.

Morgan quit on Tuesday after his remarks on Meghan Markle drew more than 41,000 complaints leading to an investigation by U.K. media regulator Ofcom.

Meanwhile, U.K. tabloid newspaper The Sun claims that Morgan quit because he refused to apologize on air over his controversial remarks on Markle. Variety has reached out to ITV for comment.

Thinking of my late, great manager John Ferriter tonight. He’d have told me to do exactly the same thing. @GMB #TrustYourGut pic.twitter.com/QxPngw9Rgu