‘The Killing of Kenneth Chamberlain’ Review: Excruciating and Necessary Viewing 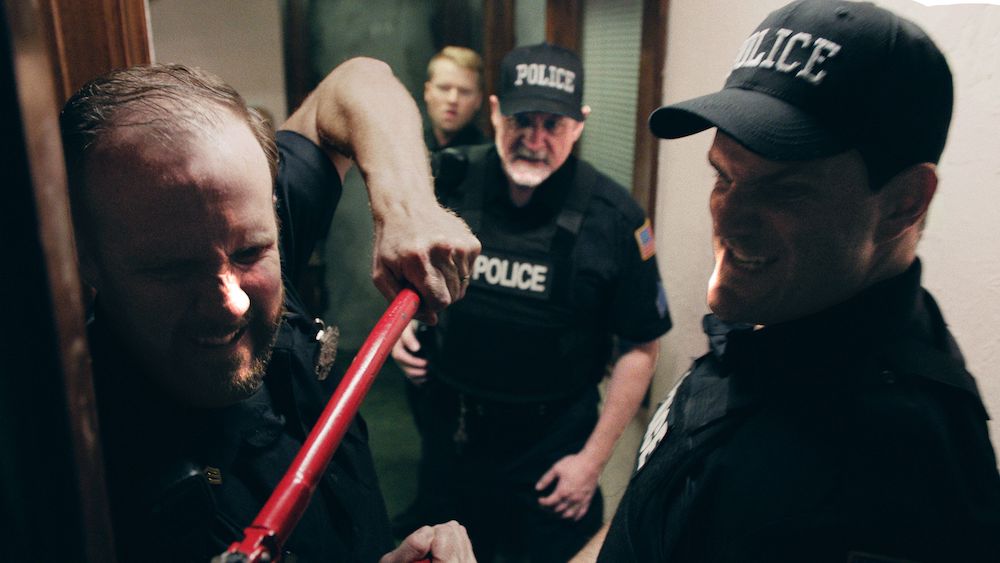 In “The Killing of Kenneth Chamberlain,” everything that might (hope against hope) go right doesn’t. Everything that could go wrong does, prompted by the disregard, bias or outright bigotry that has been at work when police officers encounter people of color or people with mental illness. Chamberlain was Black and lived with bipolar disorder.

Writer-director David Midell and actor Frankie Faison have delivered a taut, emotionally excruciating drama based on the police shooting of Kenneth Chamberlain Sr. in White Plains, N.Y., in the early morning hours of Nov. 19, 2011. “Hours” is something of an overstatement: The 83-minute movie approximates the real-time duration of the unfolding tragedy, which began around 5:22 a.m. and ended about an hour and a half after police arrived at the veteran’s apartment. The film has played theatrically and is receiving awards attention, including a Gotham Award nomination for Faison for outstanding lead performance. It begins streaming on HBO Max on Nov. 19, which marks the bitter 10th anniversary of Chamberlain’s murder.

Faison’s portrayal is one of those performances that seem to come from elsewhere, which is not the same as “out of nowhere.” A stalwart of film, television and stage, Faison was nominated for a Tony for a featured role in the 1987 premiere of “Fences.” Here, he brings something outsize — a possession, a haunting — to the role. And why wouldn’t the actor, born in Newport News, Va., in 1949, be haunted by the history of lethal encounters between Black people and police officers?

Faison creates a portrait of profound nuance. He navigates an onslaught of vulnerabilities: psychological, physical and racial. Kenneth’s confused about why the Medical Alert company is calling him. (He unknowingly pressed the button.) He’s even more flummoxed when the police knock on his door to do a welfare check. He’s not physically well (he has a heart condition), and he’d like to get some sleep, but otherwise he’s fine. The conversation conducted through a closed door begins calmly enough, but soon the police are banging hard and shouting questions. Kenneth refuses to open his door.

Anika Noni Rose, whose voice we hear as the Life Guard dispatcher, is part of an essential but invisible ensemble of characters we hope might successfully halt the madness. LaRoyce Hawkins is Chamberlain’s son and Eunice Woods his daughter, each of whom we hear in phone calls to Kenneth. This is a film that bedevils with missed opportunities and what-ifs. Why won’t the police let Chamberlain’s niece (a very affecting Angela Peel) talk to her uncle? She’s there, standing in the stairwell pleading for the possibility. This is not a man without loved ones, and yet …

In “The Killing of Kenneth Chamberlain,” the three officers who arrive at the apartment on Lexington Avenue are not of one mind. Sgt. Parks (Steven O’Connell) and Officer Jackson (Ben Marten) walk into the foyer making disparaging remarks about the people living there. Officer Rossi is a different matter. Played by Enrico Natale (who edited the film), Rossi expresses concern with a rationality that will tease the hopes of viewers but merely marks him as soft to the other two cops.

Each time the officers have an opportunity to de-escalate, they double down instead. For Sgt. Parks, this appears to be an ego thing. For Officer Jackson, something darker. As more officers arrive, their drive to assert their authority becomes unhinged and frenzied. Each time a neighbor asks, “What’s going on?” they’re met with a condescending “Let us handle this” reply. Mishandling? Yes. Manhandling? Absolutely.

The director makes a visual and aural distinction between the tight hallway outside the door and the inside of Chamberlain’s apartment. The lighting in his cluttered home is yellow-amber. The hallway lights are fluorescent. Inside that dwelling — inside his head? — the sounds from the other side of the door are distorted. He wears hearing aids, and in an astute move, the noises that sometimes overtake Chamberlain sound like the kind of abrupt and whining feedback hearing aids can give off.

Chamberlain’s paranoia and anger swells. It occasionally lulls before swelling again. A particularly aching moment finds him on the phone to his daughter resorting to his best dad “I’m OK — don’t worry” voice. Outside, the police are intensifying their aggressive tactics. When his son calls, he again tries to put his child at ease. He also quotes the rights guaranteed by the United States Constitution. These moments are evidence of Chamberlain’s dance of lucidity and disorientation.

The ensemble does vivid, wounding work. But not all the filmmaking is as disciplined as Faison’s performance. As the action grows more volatile, the film over-leverages the score’s propulsive energy. It’s an unnecessary gesture for a movie that has already utilized (affectively and at times excessively) frenetic editing and visceral handheld camera work.

But the filmmakers can be forgiven their more insistent moments. The anxious feelings that Midell and his crew provoke — and Faison’s career-defining performance — are in the service of a larger story and on behalf of a fellow citizen who deserved better.