Alex Winter on Telling the Story of ‘Paradoxical’ Frank Zappa in New Doc: ‘It Took Us Years to Get it Right’ 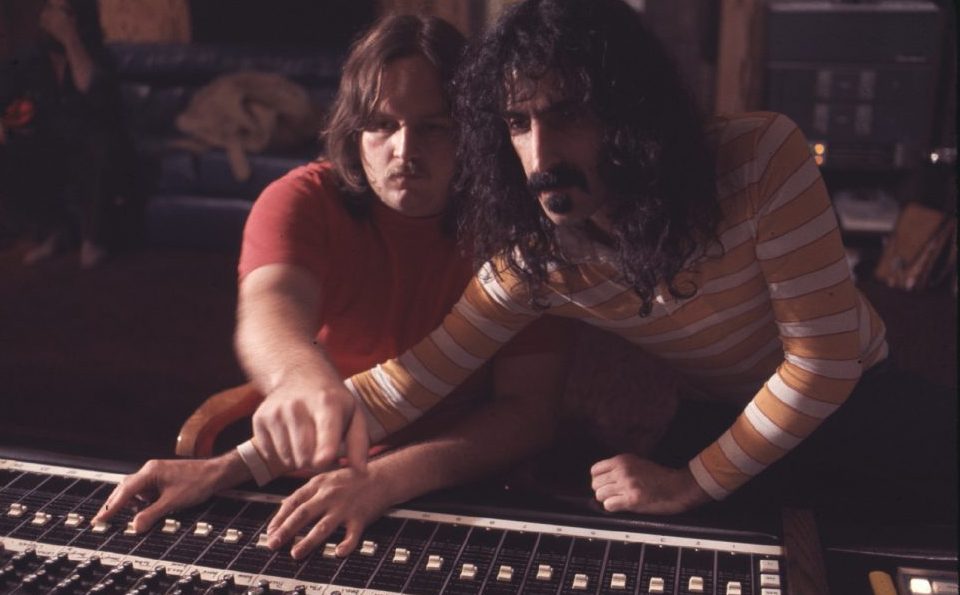 Alex Winter, the “Bill and Ted’s” actor who is himself a noted director and producer, saw in Frank Zappa’s story an icon who embodied everything about music and culture in the 1970s. At the same time, he wanted to capture the man behind the myth. With the blessing of Zappa’s wife, Gail, he and producer Glen Zipper set out to uncover the story of the famous envelope-pusher, with access to the late legend’s infamous vault. Winter spent years restoring the archive material that stood in front of him, working to preserve the material that Zappa himself had collected before his 1993 death.

Winter talked to Variety about the genesis of “Zappa,” out Nov. 27, as well as the private life and politics of one of America’s most eccentric artists.

What was your relationship with Frank Zappa growing up and how did the idea for a doc come about?

I grew up in the ‘70s and he was this towering icon of both music and culture, but also of politics, comedy and the sexual revolution. He embodied so many things. … It struck me that there had never really been an in-depth story that showed you who he was. It seemed like a fantastic documentary idea because he was such a paradoxical and contradictory person, and those types of subjects make great for great documentaries. My producer Glen Zipper and I set out about trying to get the rights to do it. We met with Gail Zappa and I spent a lot of time pitching her take, and we were very lucky that she liked the take and she gave us access to his vault. We then spent two years of our lives doing preservation work before we could even start making a documentary.

How do you and Glen know one another?

Glen and I have been working together for a while. We’d just come off of another film together, “Deep Web,” one of at least four feature docs at this point. He has an amazing history with making music documentaries and I knew he would be fantastic as a partner — that he would understand this story is also about politics, socio-politics and global culture.

What was it like being in the Zappa vault which you see in the documentary, having access to that and then having to work on the material restoration?

Gail said she was going to give me access to the vault, and I’d heard about this vault, but I didn’t realize how vast it was going to be. Frank was a clever fellow who often said one thing and meant the opposite. He always talked about how much he didn’t care about his legacy and what he left behind, and he would always talk about how much he didn’t care about the press. It turned out those things were very far from reality. He had painstakingly saved, collected and reoriented every piece of media that had to do with himself: his life, his music, his art, his film and everything going back to before he was born, so it just was endless. It also required preservation.

We started a Kickstarter campaign and used all of that money to preserve the endangered media that was down there. My company became a Film Preservation company for about two years and that was all we did day in, day out.

We were working on 8mm, 16 mm and every conceivable format of video. There were strange audio formats that we had to bake and heat and resuscitate. I would make three-quarter audiotapes while I was working. But we ended up on the other end of that with a lot of preserved media.

With that archival wealth, how did you pick out the format for the film?

My editor, Mike Nichols is great. I approach my docs in a very narrative way, and what helped me enormously given how much varied media we had, was we had a very specific story that we wanted to tell, and it wasn’t overly broad. It wasn’t about trying to tick every box of what Frank’s life was or his biography. It wasn’t a standard music doc either and it was not going album to album. It was as if we were telling the story of a man and what impacted him from childhood until his death and the choices that he made, and the consequences of those choices. That’s really what drove us to tell the story. That also allowed me to easily get rid of stuff that didn’t suit the story. If it’s not driving the story forward and it’s not illuminating your character in any way, get rid of it, so that’s what we did.

Frank narrates the story. How did that came together in the editing?

It was the hardest thing that we’ve done. Mike Nichols is so great — not only at pictures, but also at audio and building soundscapes. We wanted the film to have an impressionistic aspect. We wanted to convey Frank’s humor and convey his artistic style of cut and paste and mash-up. But we did not want to be so abstract that it completely detached the viewer from the emotional through-line of the story.

Our editorial timeline looked like a Jackson Pollock painting. We were cheating all over the place. One of the very first pieces that we use makes it clear that we’re cutting from 1968 to 1992 while he’s telling the same story, so we’re all over the place time-wise and we’re cutting and pasting Zappa’s words — not manipulating his thought process, because that would be unethical, but conveying his words across time. … It took us years to get it right.

You open with him talking in front of an audience and his reason for playing the guitar. How did you decide that moment was going to be the way in?

I was very interested in making sure that the film began in a way that would convey what the whole thesis of the movie was without actually saying what the thesis of the movie was. Here is a man who had enormous popular success, you know, he’s filled a stadium and he had extremely outspoken political views. But the human face conveys so much without saying anything. At that moment, when Zappa is going before that crowd, they don’t know and no one knew — because he didn’t tell anyone yet — he was going to die. He had a terminal diagnosis and he’s carrying on, greeting the fans and he’s going to play his guitar and just jam. That’s the last time he would ever put a guitar on. He was dead not long after that. But you can see it on his face that this is the end, and it conveyed a subtextual emotional power.