Progress Made in Diversity of Casting, But Still Far to Go, Finnish Film Affair Panelists Say 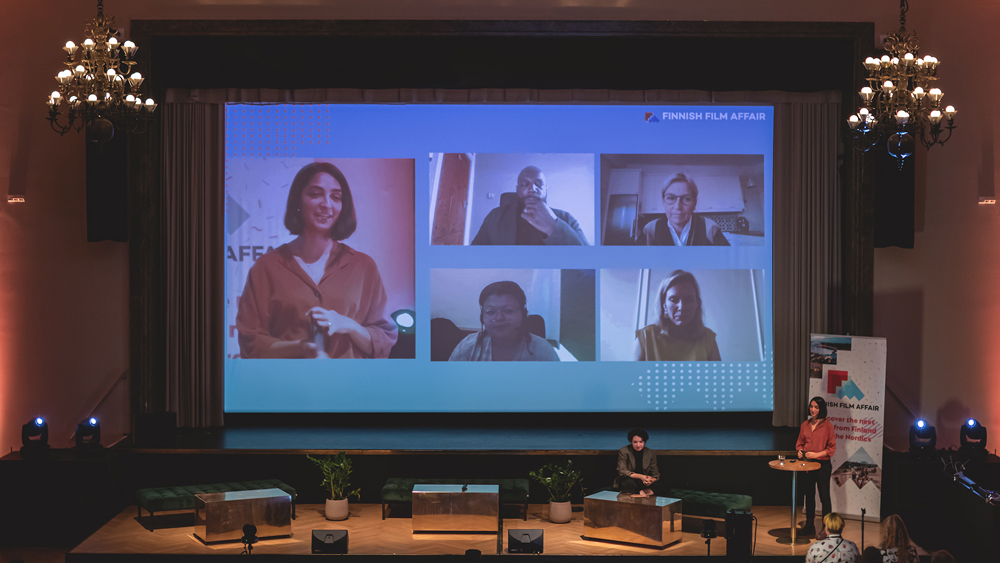 Local characters in Finnish TV and film are increasingly diverse in ethnicity, disabilities and gender roles, according to industry insiders who took on the issue in Helsinki on Friday at the Finnish Film Affair, but there is still a long way to go.

“We know this is not just a Finnish challenge – this is a global challenge,” said Keely Cat-Wells, CEO and founder of C Talent and Zetta Studios, who has also advised organizations from UCLA to Virgin Media on disability inclusion.

But concrete examples of success do lie along the path, said speakers at the panel, titled “Representation Now! 2.0 – Tools for Moving Forward.”

Moderator Max Malka, a producer and head of scripted for Endemol Shine Finland, cited a frequent complaint from production companies looking to hire more diverse actors and struggling to find them: “We can’t find them – there aren’t any.”

But even in a small, largely homogenous country like Finland, there are ways, said Katri Aksola, CEO of Helsinki Casting.

“Productions really need to invest more in pre-production, make it longer and use a professional casting director,” said Aksola, whose company was founded in part to create a large, centralized database of diverse acting talent.

Many production companies prefer to do their own casting, she acknowledged, but said, where diversity among actors is concerned, “I think a casting director is a must.”

Over time, the availability of diverse, trained actors will improve, she said, but acting schools will need to start work on the problem.

“We need to invest in education,” Aksola said. “We need to bring more students who are in different diversities so that there are possibilities for acting courses.”

When asked for a recent teachable moment, Aksola cited a casting job done for a major Finnish project at which the director was clearly not happy “with some of the male suggestions not seeming to fit. We simply suggested, ‘What if it was a woman?’ And just like that we had a lesbian couple with children. And that worked.”

“This year during Pride Week we threw an open casting for gender diverse people. We planned to make one open casting day and we ended up doing three full days.”

To get the word out on the casting, Pride organizers partnered with the company and shared its posts about the talent search.

The resulting discoveries may well be seen in Finnish films and TV shows soon, though, she added, “Obviously not everyone will be a great actor – but we found a few people with great talent.”

Production companies also need to prioritize diversity and plan for it, she said. “It can be about creating that greater sense of urgency and developing the vision and strategy, the key principles.”

Studying real-world numbers is an essential first step, she added. “The data behind it is also incredibly important. Having that data-driven mission is very important and I think that would help with creating the short-term and long-term goals to produce those systemic changes and growing, keeping a culture of change.”

As for the challenges to progress, Cat-Wells said, “Too much change is ‘performative.’ We see a lot of onscreen representation but we forget about behind-the-camera representation. I think long-term fixes would include implementing things like universal design, which is the fundamental condition of good design – and it creates access, not just for one kind of person but for everyone.”

Rethinking processes and work space needs to happen, particularly for disabled actors, she added. “I think long-term change really looks like changing hiring processes, changing those physical spaces, making sure all sets and studios are accessible and being as disability – and inclusion – conscious in every decision.”

She agreed that creativity is key in casting as well.

“There’s so much talent that does not go through the traditional channels.”

The audience heard similar lessons in implementing change at all levels from Iyare Igiehon, creative diversity partner at the BBC, Magdalena Jangard, head of production and development of the Swedish Film Institute, Delphine Lievens, senior box office analyst at Gower Street Analytics, and Jasmijn Touw, director of public policy for Benelux and Nordic countries for Netflix.

Meanwhile, emphasizing the need for solid data tracking, students from Metropolia University presented new statistical research, offering insights on improvements in the diversity of characters in Finnish films and TV from 2019 to 2020.

Having studied 18 films and 23 TV series from last year, the students noted that among 498 characters, only 89 were ethnic minorities and only three were main characters, while just six disabled characters appeared, mainly in side roles.

And often, they said, minorities were part of the story because of their skin color, concluding that the situation, while better than it was in 2019, has vast room for improvement.

The session, closing the Finnish Film Affair’s 10th anniversary edition, was organized in collaboration with APFI, the audiovisual producers association of Finland.