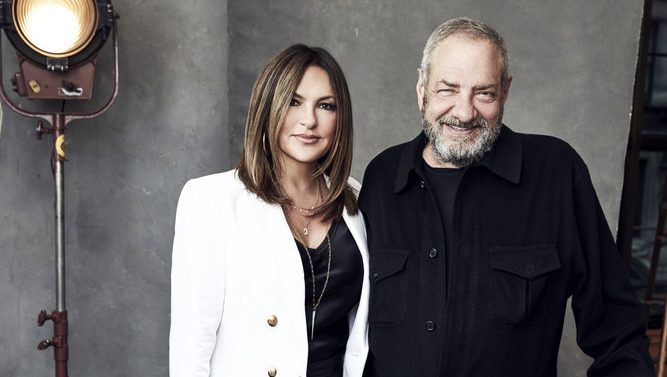 More than 20 years ago, when Dick Wolf first expanded the “Law & Order” universe to include “Law & Order: SVU,” he compared the brand extension to Campbell’s Soup: If you like one flavor, you’ll likely be willing to try and enjoy another. Cut to 2021: This fall, Wolf boasts an unprecedented nine series in primetime, including three “Chicago” dramas and three “Law & Order” entries on NBC, and three different “FBI” shows on CBS. It’s not just one brand anymore — Wolf has come close to filling the entire broadcast supermarket.

“To use the Campbell’s comparison, it’s my hope that viewers are comfortable with the brand, and they know no matter what type of soup they are buying, or show they are watching, they know they are getting a high-quality product,” Wolf says.

One of the key takeaways from this year’s network upfront announcements was the reliance on major franchises by the Big 4 — and Wolf was the top beneficiary of that trend. Quips Wolf: “Familiarity breeds contentment.”

This fall, Wolf takes over CBS’ Tuesday lineup with “FBI,” newcomer “FBI: International” and “FBI: Most Wanted” back to back to back. On Wednesdays, he programs all three NBC hours with “Chicago Med,” “Chicago Fire” and “Chicago P.D.”

NBC’s Thursday is also Must-Wolf TV: Freshman “Law & Order: For the Defense” segues into stalwart “SVU” (entering its 23rd season) and then “Law & Order: Organized Crime.” There have been other producers that dominated lineups — think Aaron Spelling at ABC in the early 1980s — but Wolf’s complete two-night block of NBC’s schedule (and three-night takeover of two broadcasters) is unprecedented.

“It is my fondest hope that the ratings continue to validate their decision to stack the branded shows,” Wolf says. “Research shows that three hours of primetime should really be seen as a three-hour binge, which is what viewers want.”

The “FBI,” “Chicago” and “Law & Order” universes all have the unmistakable feel of a Dick Wolf drama — a brand he has cultivated since launching the original “L&O” in 1990. (Before that, his credits included writing on “Hill Street Blues” and co-executive producing “Miami Vice.”)

“There are definitely similarities,” he says. “In a macro way, everything is related. Tracy [Spiridakos] from ‘Chicago P.D.’ replaced Missy Peregrym on ‘FBI’ when Missy was pregnant. It wasn’t a stretch. So there is the possibility of interconnectivity between the brands. … In the fall, characters on any of the shows could appear in the other eight. The potential is algorithmic.”

Wolf’s success continues to also be a boon for NBCUniversal, which produces all of his shows and has been the home for years to his Wolf Entertainment label for 37 years. Last year, Wolf signed a new five-year extension to his deal at Universal Television, believed to be worth nine figures.

In 2020, Wolf also struck a pact with NBCU for the streaming rights to his catalogue, including more than 1,000 episodes of “Law & Order” plus spinoffs “SVU” and “Criminal Intent,” as well as his trilogy of NBC “Chicago” dramas. “SVU,” already the longest-running primetime live-action show in U.S. TV history, is a lock for at least another season, its 24th, beyond this year.