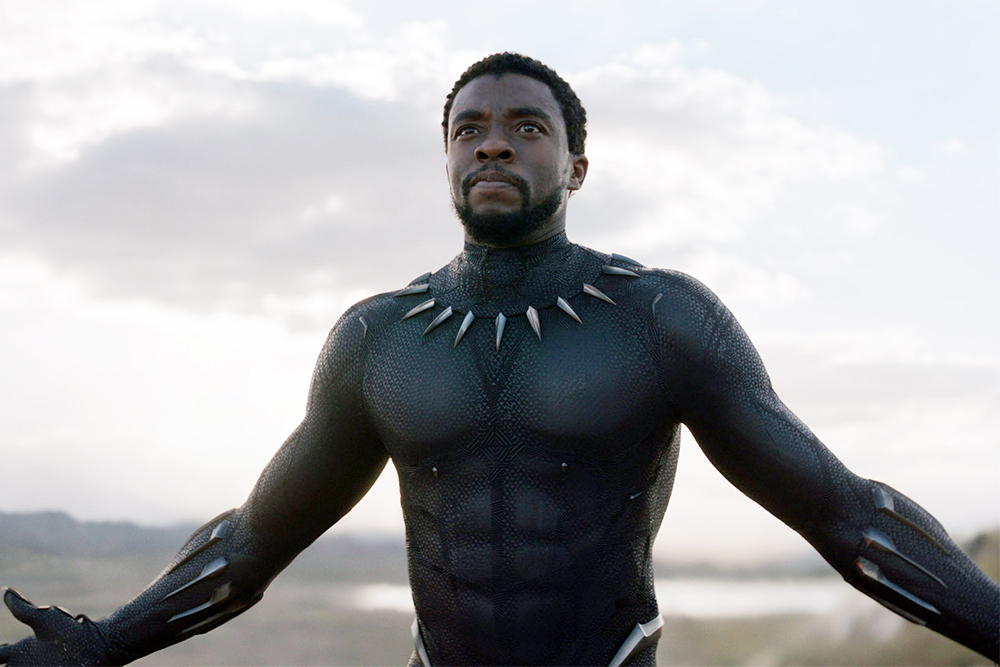 Marvel Studios announced slew of confirmations for their upcoming slate of comic book adaptations — including news that they are in very early development on a “Fantastic Four” movie and that Christian Bale has joined the MCU — but the biggest among them were the decisions made for the Wakanda universe. Addressing the tragic loss of “Black Panther” star Chadwick Boseman, Chief Creative Officer Kevin Feige confirmed there will be no recasting of this icon for “Black Panther 2.”

Boseman’s work as Black Panther “transcends any iteration of the character,” says Feige. Out of respect Marvel will not recast the role but to “honor the legacy, we want to continue to explore the world of Wakanda.” “Black Panther II” is still in the works, from writer-director Ryan Coogler.

Next up on the Marvel news dump was the solidifying the future of the Richard family. At the 2019 San Diego Comic-Con Feige announced that Marvel was reclaiming The Fantastic Four comic book family (and friends) for a feature film. This world has already seen three iterations of “Fantastic Four” (in 1994, 2005 and 2015) but we’ve yet to see Feige’s vision for this super hero squad. So who will lead this new reboot? Feige announced that Jon Watts the director who steered Tom Holland’s “Spider-Man” reboot with “Homecoming” and “Far From Home” is slated to lead this production.

The Fantastic Four is a superhero team consisting of Mister Fantastic (Reed Richards), who can contort and stretch his body in extraordinary ways; the Invisible Woman (Sue Storm), who can, unsurprisingly, make herself invisible; the Human Torch (Johnny Storm), who can generate flames from his body and fly; and the Thing (Ben Grimm), who possesses stone-like flesh and has superhero-level strength and durability. Fun fact, Johnny Storm was previously played by Chris Evans.

In other news, Christian Bale will finally make a Marvel movie, as the actor’s role as villain Gorr the Godbutcher in “Thor: Love and Thunder” was confirmed. In January, Variety reported that the Oscar-winner (and Batman actor) was circling the part in the latest “Thor” installment, starring Chris Hemworth, Tessa Thompson, Natalie Portman and directed by Taika Waititi.

Feige also gave fans an update on the long-awaited “Ant-Man 3,” announcing the film’s official title “Ant-Man and the Wasp: Quantumania.” Paul Rudd, Evangeline Lilly, Michael Douglas and Michelle Pfeiffer will return for the Peyton Reed-directed film, while Kathryn Newton joins the cast as Cassie Lang. Variety confirmed in September that Jonathan Majors would join the Marvel Studios film, but Feige officially announced the actor will play the time-traveling super-villain Kang the Conquerer.

Production on the latest Marvel movie “Shang-Chi and the Legend of the Ten Rings” has just competed. With this announcement came the reveal of the full cast which includes: Tony Leung as Wenwu, Awkwafina as Katy, Meng’er Zhang as Xialing, Michelle Yeoh as Jiang Chan, Ronny Chieng as Jon Jon, Fala Chen as Jiang Li and Florian Munteanu as Razor Fist. The release date is July 9, 2021.

Marvel is going back to the Fantastic Four.

Marvel Studios chief Kevin Feige announced that a new movie based on the superhero group is in the works at San Diego Comic-Con on Saturday. Further details, however, including a release date, were not revealed.

It marks the first Fox property for Disney to mine since the two studios officially merged. The most recent “Fantastic Four” movie came out in 2015, and was a flop commercially and critically. It was directed by Josh Trank, and starred Miles Teller, Michael B. Jordan, Kate Mara and Jamie Bell.

The Fantastic Four is a superhero team consisting of Mister Fantastic (Reed Richards), who can contort and stretch his body in extraordinary ways; the Invisible Woman (Sue Storm), who can, unsurprisingly, make herself invisible; the Human Torch (Johnny Storm), who can generate flames from his body and fly; and the Thing (Ben Grimm), who possesses stone-like flesh and has superhero-level strength and durability.

“Fantastic Four” wasn’t the only reboot announced at Comic-Con. Feige also revealed that there will be a new “Blade” series starring Mahershala Ali as the half-vampire superhero.