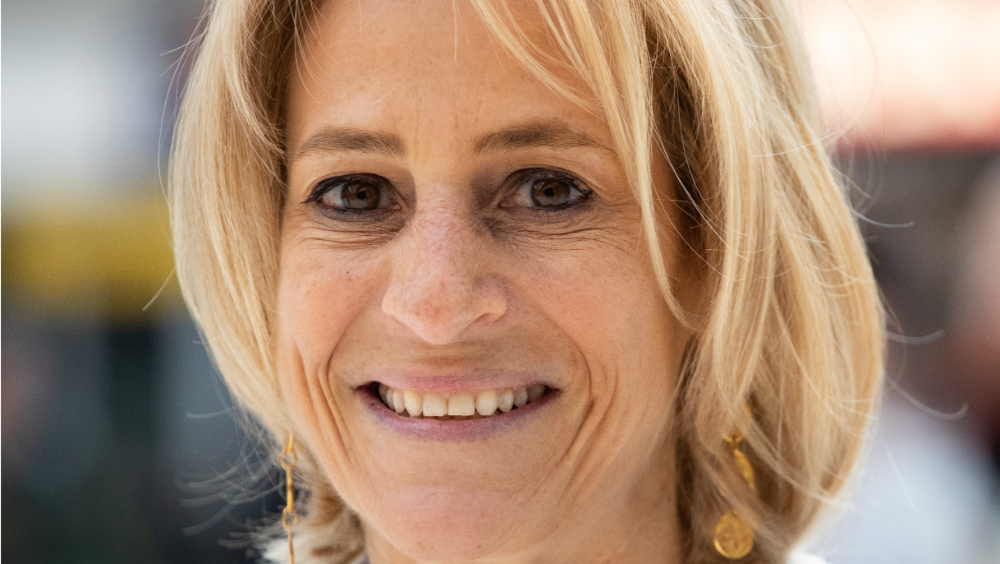 It seems the feud between former “Newsnight” host Emily Maitlis and her former employer, the BBC, shows no signs of letting up.

Less than a week after former Maitlis publicly excoriated the BBC during her MacTaggart lecture at the Edinburgh TV Festival, the corporation has hastily rebooted its “Americast” podcast – which Maitlis first launched alongside then North America editor Jon Sopel in 2020 – with an introductory episode posted today, Aug. 30, the very same day Maitlis and Sopel’s new podcast series “The News Agents” launches at Global.

Webb apparently interrupted his vacation in Spain to record the introductory episode alongside Smith, who dialled in from the BBC’s studio in Washington D.C. “At the moment of course [the podcast] is coming back in a slightly strange way because we are quite literally all over the place,” Webb said on the almost-eight minute episode. “I’m in Spain – I would say what time it was here only I’m not quite sure because it’s, well, it’s that kind of holiday – I’m glad to know you’re not on holiday though Sarah, and you have at least the advantage of being able to anchor us in the place we’re meant to be talking about.”

Maitlis and Sopel’s “The News Agents” is also set to launch on Tuesday, although at the time of publishing no episode was yet available on Global’s podcast player.

The duo will host “The News Agents” four days a week, from Monday to Thursday, while “Americast” will drop every week on Wednesdays.

Maitlis and Sopel recorded over 106 episodes of “Americast” after launching the show in 2020. A new episode has not dropped since February, when both broadcasters announced they would be leaving the BBC for commercial media company Global.

Although the split initially seemed amicable, Maitlis used her platform at last week’s Edinburgh TV Festival to air her grievances with the corporation, which she accused of allowing an “active Tory agent” to shape its news agenda, claiming the BBC had apologized too quickly after she was accused of breaking impartiality guidelines. Sopel was in the front row during the lecture, which is available to listen to on “The News Agents’” podcast on Global’s website.

“It’s the perfect time for Americast to return, as the next year brings a massive range of engaging topics for us to cover,” said the BBC’s senior editor for news podcasts Jonathan Aspinwall in a statement today. “The congressional mid-terms and the primaries and campaigns leading up to them will provide ready-made drama, with winners and losers among many interesting personalities.”

“We’ve signed up a brilliant team of Justin, Sarah and Marianna along with the Zurch. I know they’ll become trusted friends to Americasters who’ve been asking us to bring back the pod.”

Webb said: “We know how much this podcast means to Americasters. I look forward to dusting off my former North America editor hat and delving into the issues and controversies that define the U.S. as a nation.”