‘The Girl From Plainville’ Is a Discomfiting Digital Age Tragedy Elevated by Elle Fanning: TV Review 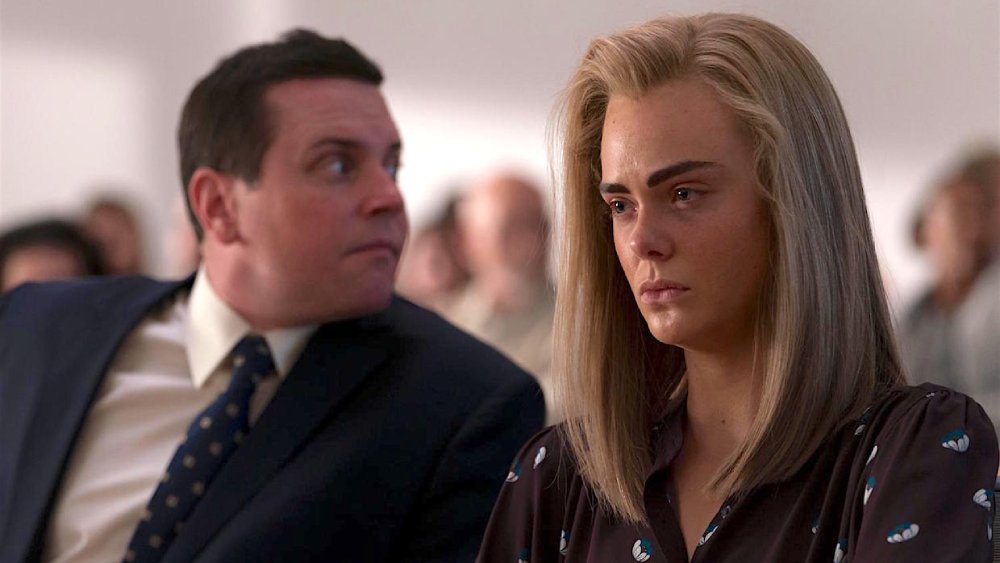 Hulu’s new limited series “The Girl From Plainville,” which premiered at the SXSW festival on March 12, faces, and surmounts, an interesting challenge: Its two lead characters have a relationship based almost entirely on text messages. The sight of someone with their face buried in a phone is hardly novel, nor is it compelling — at least not enough to sustain an eight-episode drama.

The question of whether “The Girl From Plainville,” based on the real-life manslaughter trial of Michelle Carter after she encouraged her boyfriend over text to kill himself in 2014, really needed all of those episodes to tell its story is a fair one. Like many streaming dramas, it feels stretched thin. But its depiction of the virtual relationship between Carter (Elle Fanning) and Coco Roy (Colton Ryan) will keep viewers hanging on, if only just. The pair appear to one another as if they were really present, having an ongoing conversation. It’s only when one or the other are distracted by their real lives — a parent or a friend asking Michelle or Coco to turn their respective attention away from the phone — that the illusion shatters, and that they slip apart.

The consuming nature of virtual communication, and the ways in which reality fades in favor of a simulated intimacy, are what’s at issue here: “The Girl From Plainville” represents the Carter-Roy relationship as one in which both parties lost themselves in a slow-rolling and constant dialogue, eventually allowing themselves to push each other toward tragedy as part of a game neither was equipped to understand. They met by chance on vacation, and lived in different Massachusetts towns with different demands on their time, and so their communication became an endless performance, one in which loose talk lacked the ballast and weight lent by in-person presence. In all, “The Girl From Plainville” ends up a strikingly effective treatment of the very modern question of persona in the digital age.

Based on the journalist Jesse Barron’s reporting in Esquire on the Carter case, “The Girl From Plainville” exhibits a careful and sensitive approach to a challenging story about two minors, one of them now dead. Fanning’s Michelle is riven by painful insecurities that she seeks to resolve through her engagement with Coco, and later with his memory. As the (online) girlfriend of a young man who’s very open about his mental health struggles, Michelle finds a frame through which to understand what’s roiling within her; after his death, as a self-styled widow figure, she has a purpose animating what had been shapeless days. She strikes up a sustaining friendship with Coco’s grieving mother (Chloë Sevigny), who eventually finds herself baffled at Michelle’s hold on her son. We see that hold from the beginning: Coco, who feels isolated and out of place in his family life, finds in Michelle — from the pair’s first meeting onward — a genuinely curious person, and one whose anxieties map onto his own.

Ryan, previously known for work in “Dear Evan Hansen,” is excellent as Coco. The scenes he shares with an imagined or projected Michelle see him struggling to find a language that can contain the enormity of what’s going on inside. It’s Michelle who coaxes him forward, and Fanning does superb work balancing her character’s desire to project empathy with her own deep need to be perceived and understood. Fanning is as good in sequences in which she’s lost in fantasy, dreaming of the sort of sweeping romance that feels commensurate with the person she believes herself to be, as she is emerging from it. One striking scene near the end of the series sees her caught up in delight at having her hair styled in a pert, short cut, ahead of her sentencing. Fanning shifts her head, lost in teenage vanity and discovering new ways of seeing herself. Then, suddenly reminded that she is a figure of scandal, Michelle snaps back within, coming out of the pleasures of self-delusion so rapidly she seems as if she might get the bends.

This series is less interested in Carter’s home life than in Roy’s, creating a slight imbalance. (Carter’s mystified parents are played by Cara Buono and Kai Lennox, while Roy’s too-tough-by-half father is played by Norbert Leo Butz.) And “The Girl From Plainville” falters when it restages Carter’s trial: The question of whether or not she is legally culpable for Roy’s death is a fascinating one (explored well in Erin Lee Carr’s documentary about this case), but it fits jaggedly against the story the show is otherwise telling. At one point, the series intercuts back and forth between arguments made between the prosecution and defense, asking the viewer to choose a side in a somewhat too literal manner. And the introduction of an expert witness character to share theories about potential scientific reasons Carter might have had a break with reality — theories the show itself disavows in a disclaimer — feels like a confused attempt to fit as much information as possible into a show that works best on the level of resonant emotion. Unlike other recent ripped-from-the-headlines limited series, “The Girl From Plainville” doesn’t have the stuff to be a comprehensive download of all the facts: It’s best when showing the world through its characters’ eyes.

Though showrunners Liz Hannah and Patrick Macmanus don’t quite nail the courtroom drama, one of TV’s oldest forms, they achieve something new instead. In Fanning’s performance especially, we bear witness to the complicated thing of trying to become oneself — testing out limits and ways of being — in an age where perpetual access to one another is a fact of life and where consequences seem to play out remotely. Sevigny, too, is exceptional, and she has a scene late in the series that feels key to “The Girl From Plainville.” Trudging through grief, Sevigny’s character sits down and watches videos Coco made, in which he explained to his computer’s built-in camera the social anxiety with which he lived. Sevigny weeps, both for her loss and, perhaps, for the fact that her son was only able to explain himself to an audience he couldn’t see, and one that could only provide comfort by consuming his pain.

Following its March 12 premiere at SXSW, “The Girl From Plainville” will launch on Hulu on Tuesday, March 29.