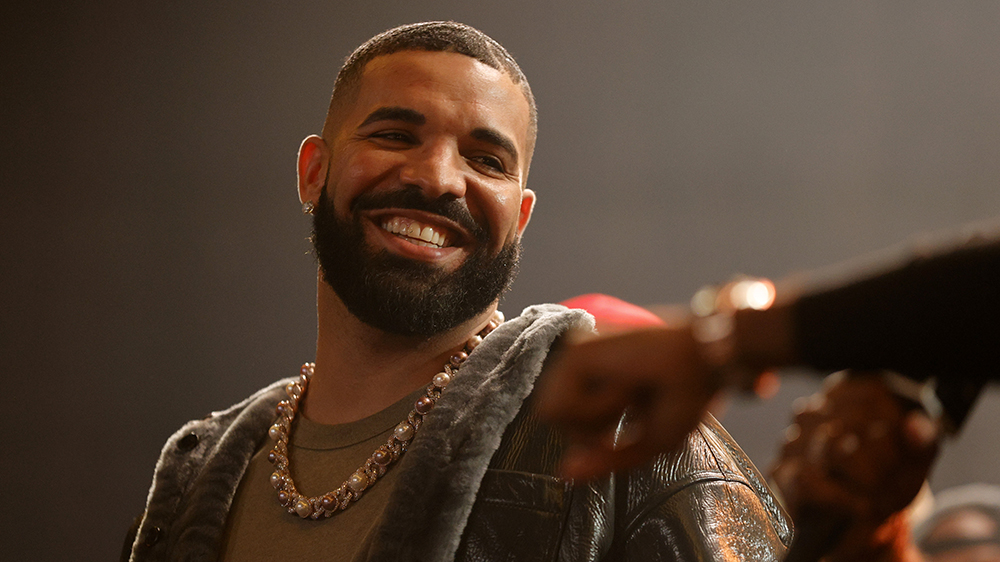 For Torontonians attending Drake’s History venue on Friday night, OVO — for October’s Very Own, the superstar’s enduring Canada-based brand — may as well have stood for Our Very Own.

You could even say Drake made history with what he dubbed the “All Canadian North Stars,” a mind-blowing assembly of homegrown hip-hop and R&B artists who, as he wrote in his Instagram announcement of the lineup, “paved the way for all of us.”

Some of the artists launched hip-hop in Canada long before the city was called TheSix or even the T-dot. And while it was never mentioned, it was hard not to notice the night was being filmed, possibly for a documentary.

Drake has singlehandedly helped the careers of more than 100 Canadian producers, beatmakers and songwriters by using them on his albums (according to a count by music publisher Michael McCarty citing the performing rights organization SOCAN) — the majority from the Greater Toronto Area/Southern Ontario, in fact — and the All Canadian North Stars show was Drizzy’s chance to give flowers to many of the artists who helped him along the way.

The three-and-a-half hour concert, which wrapped after 2 a.m., was the kick-off to Drake’s annual OVO weekend, which typically coincides with the end of the month-long Toronto Caribbean Carnival. This year, he’s calling it October World Weekend: Road To OVO Fest Tour, as he plans to take his long-running OVO Fest international in 2023 for the 10th anniversary.

That lineup in and of itself is a who’s who, but it’s the who else that knocked it out of the park, the mystery “+ special guests” as it read on the show poster, brought out for their own mini-sets throughout the night: Grammy-winning pop star Nelly Furtado; “Canada’s First Lady of Hip-Hop” Michie Mee; R&B singer Melanie Durrant; and rappers Solitair (with Kardi), Ro Dolla, Jelleestone, and Infinite.  Hosting and DJing before the show and keeping the flow going between each act were Agile and Kid Kut.

“This is bigger to me than any American act, any show, I could ever see,” Drake said off the top of the night during a five-minute speech in which he name-checked people and places integral to Toronto hip-hop. Several times through the show Drake expressed, “This is one of the best nights I’ve ever had in my life.”

“This is the reason the city is the way it is, all these individuals here tonight,” Drake continued. “For real. I’m very grateful and I’m very thankful because if I was somewhere else, I might’ve been doing something completely different, but because of each and every one of these individuals that performed tonight, I am where I am.”

To put it in perspective on what some of these artists achieved, the barriers they broke, and what they mean to Canada, here are just a few of their accomplishments:

Maestro Fresh-Wes was the first Canadian hip hop artist to have a gold single, 1989’s “Let Your Backbone Slide” and first Black artist to receive a platinum album (1989’s Symphony In Effect). Kardi is also a judge on “Canada’s Got Talent” and, until recently, was an executive at Universal Music Canada; and Rascalz went down in history when they refused to accept the best rap Juno Award in 1998 because it wasn’t televised, but got CARAS to reassess and invite them to perform “Northern Touch” on the broadcast the following year with The Circle (Rascalz, Kardi, Checkmate, Thrust and Choclair); for the 20th anniversary, the single was remixed and “The Northern Touch All Stars” hijacked two mins of the Junos with an impromptu rendition, but made a point to mention Canadian rappers “still struggle for exposure at home,” despite the No. 1 popularity of the genre.

Tickets for All Canadian North Stars were just $20 (USD $15), a wonderful give-back for such an epic lineup, considering the inflated cost for the Young Money Reunion, which spiked into the thousands due to Ticketmaster’s dynamic pricing.

And while the new 35,000 sq. ft. 2,553-capacity History — which opened last November in partnership with Live Nation — has permanent metal detectors at the door, security was extremely tight (perhaps due to the previous night’s incident at Dua Lipa’s Scotiabank Arena concert at which someone set off fireworks into the crowd); not even reasonable-sized bags were allowed in and security even inspected this journalist’s pen.

Inside though, the sold-out show was a roomy lovefest.

While there were some grumblings about those missing from the lineup — Ghetto Concept, Dream Warriors, Snow, and others — it’s unclear if that was an oversight or just unavailability given the short notice. The show was curated by renown deejays Starting From Scratch and Charlie B, along with Drake.

During his speech, or as Maestro called it Drake’s “Shakespeare soliloquy,” he had explained “This is probably one of if not the most important event that we’ve ever done for OVO Weekend, October World Weekend,” and reminisced about seeing Jay-Z at Caribana when he was 17 years old and Toronto’s very own Kardinal Offishall was pulled out onstage. “For me, that was really a moment that unlocked something in my mind. It made me realize that all this is possible.”

And it wasn’t just Drake thanking everyone. Other artists were also giving flowers. As Jully Black said: “This night is about collaboration and celebration, not competition.”

Among the highlights: Drake singing “I’m Like A Bird” with Nelly Furtado and saying her music “changed my life so much;” watching his bro hugs with Saukrates and Rascalz’ red-1 and sidestage/onstage fandom and grooving; Drake calling k’os “one of my biggest influences in my life” and performing “Headlines” spur of the moment; and the grand finale of  “Northern Touch,” featuring a good 50 people hanging onstage and the night’s performers joining in on the song that Drizzy called “our real national anthem.”

Drake’s marquee OVO concert is Monday (Aug. 1) at Budweiser Stage, a Young Money reunion with Drake, Nicki Minaj and Lil Wayne. Hopefully, in keeping with OVO Fest tradition, they’ll be numerous surprise guests and some of the “North Stars.” Even better if Friday’s concert inspires an OVO lineup to introduce the world to the pioneers who didn’t have the infrastructure and power of the Internet back then to make them household names beyond Canada.

“I’m excited to share this weekend with you,” Drake said at the end. “I will see you on Monday for the Young Money reunion. I hope you’ll be there. I have not seen my family in a long time so I will try and give you the best show I possibly can but for now and for tonight, this is, like I said, one of the best moments of my entire life. Thank you for sharing it with us.

“I hope we can do this again one day. I wish we could do this every night to be honest. … But thank you for everything that you gave me, all the love, all the memories, all the times that it wasn’t shit and we were all just trying to figure it out, grind it. Music is not easy; don’t ever get it twisted; it is not an easy life. So to have these great records, to have these great voices, to have these people still come on stage and shut shit down, right now, we should truly be grateful because a lot of places in the world do not have this.”