‘Dragon Ball Super: Super Hero’ Review: It Isn’t Over 9,000, But It Is Solid Fan Service 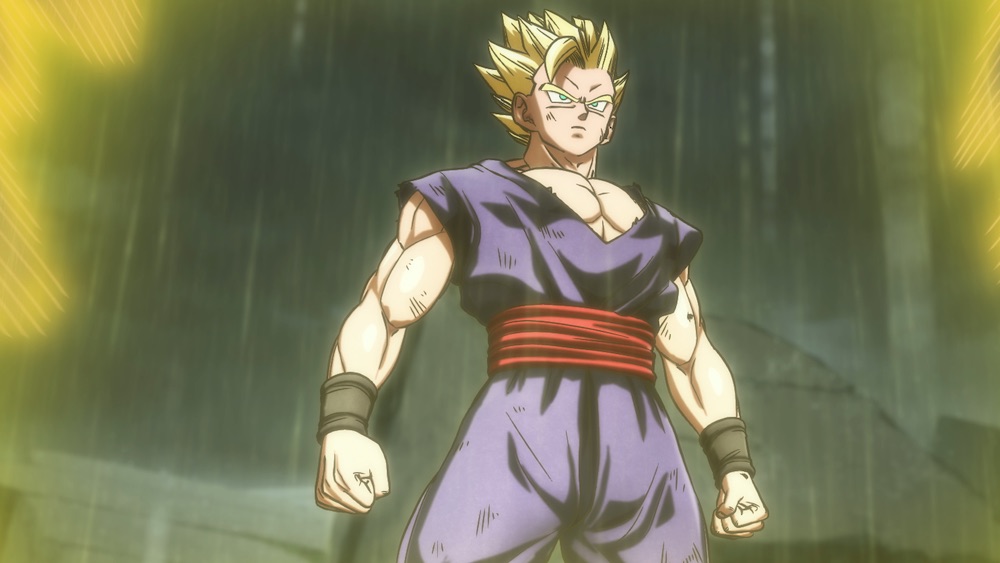 There’s a good chance you know more about “Dragon Ball” than you think you do. Whether through memes or references to terms like “Super Saiyan,” “Kamehameha” and “It’s over 9,000,” the 38-year-old franchise has achieved global popularity even as it’s remained something of a niche outside its native Japan. With 42 manga volumes, several animated series (including “Dragon Ball Z”), theme-park attractions, video games, an ill-fated live-action adaptation and billions of dollars in merchandising revenue, the series isn’t going anywhere soon. For all that, feature-length animated films have been rare — the new “Dragon Ball Super: Super Hero” is only the fifth, whereas there have been 15 running an hour or less that were usually shown as double features.

And though “Super Hero” opening in more than 2,500 U.S. theaters makes it one of the franchise’s more ambitious incursions into the American market, the film is decidedly a fans-only proposition whose lore-related nuances will be lost on first-timers. That isn’t a criticism so much as a warning: This should not be your entree into the world of “Dragon Ball.” The likes of Goku, Piccolo and Vegeta are all back, and though they’re compelling characters, much of what they do here has weight because of their individual and shared histories. Even “Dragon Ball Z” veterans could be at sea here, as the story follows that of the “Dragon Ball Super” manga, 131-episode animated series and 2018’s “Dragon Ball Super: Broly.”

If that sounds like a lot of context for what at its core is a traditional good-versus-evil story, that’s because there’s a lot swirling around that core. “Super Hero” follows the nefarious Magenta (who’s short in stature but big in ambition) as he revives the Red Ribbon Army, using two androids named Gamma 1 and Gamma 2 to present themselves to the world as superheroes while actually carrying out Magenta’s less-than-benevolent aims. He does so with the help of a boy genius named Dr. Hedo, whose devotion to building the most advanced artificial human the world has ever seen is exceeded only by his love of Oreos.

The rest of the ensemble includes returning heroes like Goku, Gohan and Piccolo, who are eventually called to action against Magenta and his would-be Army after sorting out their own ongoing issues. Several of them can fly, and all have at least a touch of grandiloquence to them. “Dragon Ball Z” has always existed on a large scale, with plans for world domination existing alongside an often childlike sense of humor. In keeping with that, “Super Hero” is often super serious until it’s not — a tonal back-and-forth that elicits whiplash nearly as often as it elicits laughter.

The animation itself is quite striking at times, with vibrant background colors — especially the blue grass and purple trees of Beerus’ planet, the film’s most compelling location — and detailed shading emphasizing every character’s facial expressions. Those expressions, it will come as little surprise to learn, are often quite dramatic. “Dragon Ball” isn’t known for the subtlety of its characterizations, which is part of the appeal. Big personalities take part in even bigger battles, especially during the film’s climax.

The actual dragon balls, if you’re wondering, are mystical spheres with no individual power that can summon a wish-granting dragon when all seven are gathered — and, as you might imagine, not everyone with the wherewithal to seek them out has pure intentions. (It’s not always life and death, however, as when one character here uses two of her wishes on a firmer bottom and ever so slightly longer eyelashes.)

Whether you prefer subs or dubs — one of anime’s longest-running, most foundational debates — “Super Hero” won’t disappoint, as it’s being made available in both formats. (This writer prefers the subtitled version, for what it’s worth.) Longtime devotees are unlikely to be disappointed regardless, as the film, while nothing groundbreaking, mostly finds a sweet spot between fan service and narrative heft. And though not especially friendly to the uninitiated, it’s so damn out-there that even novitiates may find themselves motivated to seek out more “Dragon Ball” lore once it’s over — such is the appealing strangeness of this ever-expanding world.