SGIFF: Documentary ‘You and I’ Delves Into Indonesia’s Dark Political History 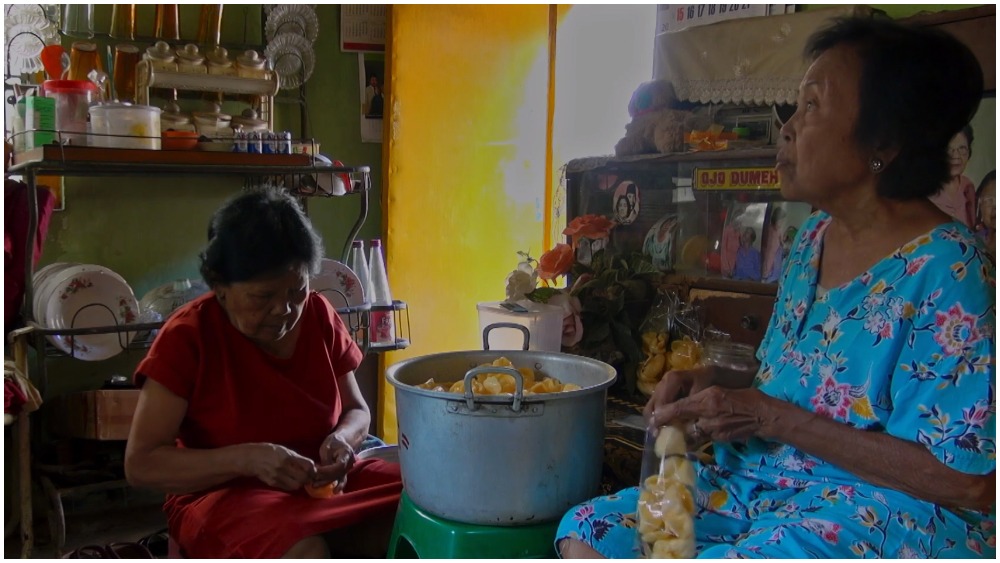 Fanny Chotimah’s Indonesian documentary “You and I,” which won the Asian Perspective Award at Korea’s DMZ Docs Festival, is one of the highlights of the Singapore International Film Festival’s Asian Vision strand.

The film tells the story of the friendship between Kaminah and Kusdalini, which existed for more than 50 years since they met as political prisoners in 1965.

The 1965-66 period was a fraught one for Indonesia where the mass killings of Communists and several ethnic groups eventually led to the overthrow of President Sukarno’s government.

The film is produced by Yulia Evina Bhara, Amerta Kusuma and Tazia Teresa Darryanto under the banner KawanKawan Media (Yosep Anggi Noen’s Locarno-winner “The Science of Fictions”), in collaboration with Partisipasi Indonesia. It is a product of several project labs and grants including Festival Film Dokumenter, Docs By The Sea, DMZ Docs Fund, the Akatara Financing Forum and the Super8mm Studio Foundation.

“We invested in ‘You and I’ film because of its strong topic and its urgency to be documented and made,” Bhara told Variety. “Making this film is also our journey for the Indonesian young generation to know better about our dark history as a nation, particularly in 1965 and its huge impact on our society.”

“Kaminah and Kusdalini are very special. They show me the beauty of life through simple things. How to live everyday life and pass old age together is something beautiful, also how they express their care through simple gestures,” Chotiman, a freelance writer making her directorial debut, told Variety. “On the other hand, feelings of loneliness are something that Kaminah must deal with. All those feelings are so humane, as we all will and/or have experienced.”

The film will have its Indonesian premiere at the Jogja-NETPAC Asian Film Festival, as the closing film, with a theatrical release planned for the country in early 2021.

Chotimah is currently at the research stage on her next documentary feature-length project, also to be produced by KawanKawan.

Bhara, and KawanKawan, have several projects on the go. Documentaries include Noen’s “Voice of Baceprot” about a teenage girl rock band from a village in Indonesia; “Treasure of Sumatra”, a first feature by Angga Denis, about a life of a Sumatran tiger, a Sumatran villager, and a filmmaker, which is in the development stage; and “Ballad of Clove Village,” by veteran Dwi Sujanti Nugraheni, which tells the story of a clove plantation in northern Indonesia.

As for fiction features, coming up are Makbul Mubarak’s “Autobiography,” which is in pre-production, Yosep Anggi Noen’s “Jilah And The Man With Two Names,” in the financing stage, and Bayu Prihantoro Filemon’s “The Songsmith,” in the development stage.

Across Southeast Asia, Bhara is co-producing Amanda Nell Eu’s “Tiger Stripes” (Malaysia) and Carlo Francisco Manatad’s “Whether The Weather Is Fine” (The Philippines).