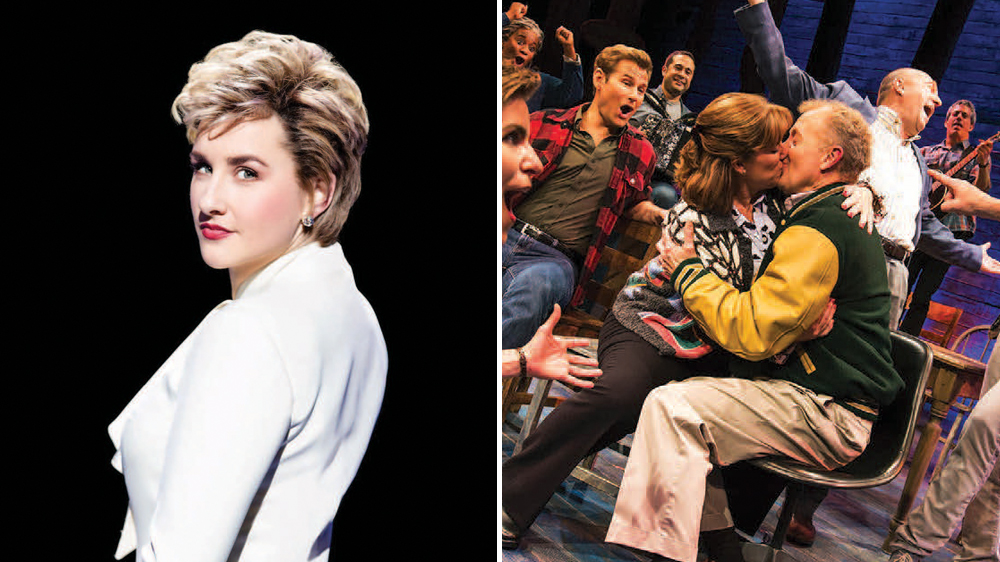 Should we go to a Broadway show tonight, or should we stream it?

That’s a question that people could be asking about more than just “Hamilton” when Broadway gets back up and running. If all goes according to producers’ plans, then by the end of the year, filmed performances of three current shows — “Hamilton” on Disney Plus, “Diana” on Netflix and “Come From Away” on Apple TV Plus — will be available to stream at home while the live productions are running on Broadway at the same time.

The situation represents a marked shift away from the old thinking that films cannibalize sales of the stage properties that inspired them — a change that had been happening gradually over the past decade but has been accelerated by the pandemic. The new thesis: A filmed performance is a branding opportunity with the potential to introduce a property to audiences far larger, and more quickly, than any show can reach within the relatively tight confines of eight performances a week in a single theater.

“We really believe that seeing ‘Diana’ on Netflix is going to make people want to then see it onstage,” says Beth Williams of Grove Entertainment, a lead producer on the Princess Diana musical “Diana.” Originally set to open in March 2020, the show had played only nine previews before the pandemic shut it down.

Now, a filmed stage performance of “Diana,” captured during the pandemic, will hit Netflix on Oct. 1, ahead of a planned resumption of Broadway performances Nov. 2. “Broadway shows all create brands, and the pandemic halted ‘Diana’ at an incredibly vulnerable time, right when we were just beginning our brand,” Williams says. “The idea of being able to introduce our show to Netflix’s global audience was thrilling.”

For “Come From Away,” the filmed performance was a pandemic pivot, after eOne, the production company set to make a movie adaptation of the musical, realized that version of the project would be delayed by COVID-19. The show’s stage producers, led by Sue Frost and Randy Adams, saw the filmed stage performance, which recently completed production, as an opportunity to bring the brand to new audiences and to employ arts workers during the pandemic.

Although the exact date that “Come From Away” will drop on Apple TV Plus is not yet set, Frost and Adams anticipate a time when the musical will be playing live on Broadway (starting Sept. 21), in the U.K., in Canada, in Australia (already back up and running) and on tour — all while the show is available to stream.

“The hope is it will propel people into a theater to experience it again, and experience it live,” Adams says. (Meanwhile, eOne still retains the rights to make an eventual film adaptation.)

Adams and Frost’s expectations are shaped in part by their experience with their 2009 musical “Memphis.” Early in that Tony-winning show’s run, they partnered with Broadway Worldwide to film the original cast of the show onstage — a version that played special screenings in cinemas a year before the Broadway production closed in 2012. “People told us we were crazy,” Frost recalls. “Some of our presenters for the national tour thought it would cannibalize their sales. But it only helped.”

By then, the thinking on Broadway had already begun to come around to the idea that filmed versions of a property could help rather than hurt a stage show. Movie adaptations had been credited with reviving a show’s lagging sales since the 2002 Oscar winner “Chicago” goosed the Broadway revival’s box office, and even poorly received film adaptations, like “The Phantom of the Opera” and “Rent,” seemed to help lift their respective stage productions.

Back in 2007, producers of “Legally Blonde” made the radical-at-the-time decision to partner with MTV to air a filmed performance of the Broadway show, four times only, while it was still running. “It really helped with the tour when it went out, because these kids had seen it all over the country and they came out in droves,” says “Legally Blonde” lead producer Hal Luftig.

Now that the pandemic has helped normalize streaming theater, it seems here to stay. Data suggests there’s a business model there: Ken Davenport, who produced a free livestream of his Off Broadway production of the musical “Daddy Long Legs” back in 2015, found in a later survey of those audiences that 99.5% wanted more Broadway and Off Broadway shows streamed in the future, and 82.2% said they would pay for it.

The National Theatre in London, one of the pioneers of live theater cinemacasts with its 12-year-old NT Live program, was so encouraged by the response to the archival work the company made available during the pandemic — 16 shows watched more than 15  million times  in  173 countries around the world, with 40% of viewers under 35 — that the organization launched their own on-demand streaming platform, National Theatre at Home, available as a subscription or on a pay-per-view basis.

The National’s director of digital media, Emma Keith, expects streaming work to become an ongoing, integral element of the theater’s activities alongside its onstage programming. “We certainly plan for them to complement one another,” she said.

Platforms like BroadwayHD and Broadway on Demand are already vying for viewers’ attention with recordings of older performances and other programming, and during the pandemic, Broadway on Demand has, according to CEO Sean Cercone, streamed thousands of high school performances with more than 15,000 people per week buying tickets to these shows (generating revenue for both the authors and the high school theater programs along the way).

Meanwhile, the Stellar livestreaming platform, launched last year to enable theater creators to produce digital events, is positioning itself to help integrate such events with live performances in the coming months.

“I think there’s certainly going to be a place for hybrid events,” says Stellar co-founder Jim McCarthy. “Maybe it’s the premiere of a new performer in an ongoing Broadway production, with a worldwide group of fans watching that first performance from home at the same time as the people who are in the seats in the theater.”

There are risks for any producer looking to exploit the perks of streaming. For full filmed performances, the first risk is, of course, the price tag: Producers of “Diana” and “Come From Away” declined to give exact production costs of their movies, but in general it’s said that these projects can easily ring in at well over $1 million — and that’s on top of the costs to capitalize the stage production itself.

Then there’s the artistic bet that the film will be of a high enough quality that it will reflect well on the overall brand, and on the theatrical experience in general. As Luftig points out: “The worst-case scenario is someone thinking, ‘This sucks! This is why we don’t go to the theater!’”