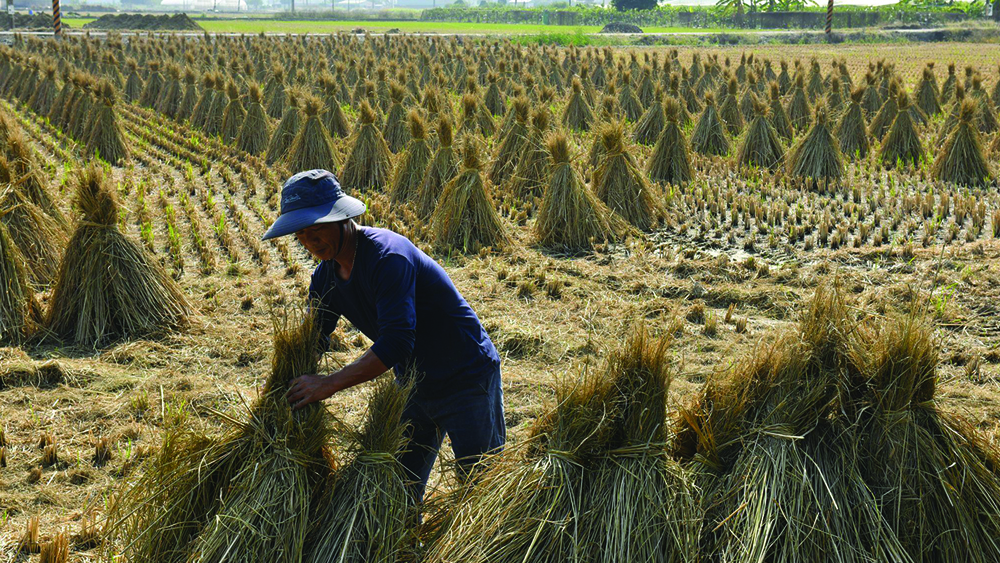 The film is a home-coming story about the director who returns to his village in Taiwan after a 24-year absence. His elder brother is a psychic who offers career advice to the villagers, but fails in his own entrepreneurial ventures as a farmer, and his father is a gambling addict in poor health.

The one who holds the family together is his mother, a stubborn woman who worries about the future and finds consolation in a stream of religious rituals at the Taoist altar in their home.

The previously estranged family, where love and grudges intertwine and surface, slowly comes closer through A-Liang’s lens in an intimate portrait of rekindled family bonding and a tale of self-discovery through filmmaking.

“The main theme of the film is our attempt to understand one another better, grow closer, and mend the family relationship,” said A-Liang, who explained how he was prompted to return home from Taipei after receiving a phone call from his mother asking him to arrange a photo for her funeral.

The request awoke something deep inside him. “I understood that she was getting ready to die. Suddenly, I felt that I wasn’t ready to lose her, and I realized that I didn’t have much time left to face the family problems that had haunted me for so long. I decided to go back home and film our daily life like a family video that we had never had,” said A-Liang, who returned home on a regular basis over the next three years with his camera.

What emerges is an unexpected and deeply moving family portrait by the filmmaker, who explained how the process eased the feelings of anger and emptiness he had harbored for so long.

“At the beginning I wanted to confront them with all those questions I had about how their life was absurd and blame them for what they had inflicted upon themselves and on me. But I slowly came to realize that I should instead try to find a way to communicate with my family,” he said. “This change of perception was what I wanted to share with the audience. Coming back to my family was complicated, but it somehow also pushed me to come back toward myself.”

Reacting to the news, Deckert Distribution CEO Liselot Verbrugge said: “ ‘A Holy Family’ is not just the emotional, personal journey of director Elvis A-Liang Lu, it is a universal, incredibly heartwarming story about reconciliation and family ties. Lu has really managed to combine his position as a son and filmmaker in such a balanced way: with enough access to show the intimate confines of a family home and at the same time enough distance to make a gorgeous film.”

The Visions du Réel winners will be announced on April 16. The festival wraps on April 17. 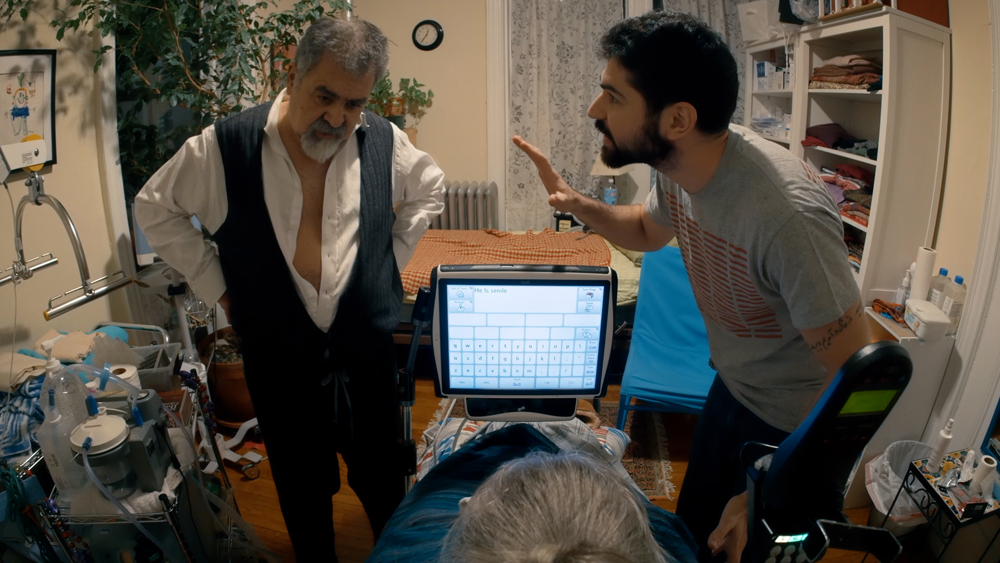 “Eat Your Catfish” is filmed from the perspective of Kathryn, who has become completely paralyzed because of ALS – also known as motor neurone disease – and is in need of 24-hour care. With her mind intact and having opted for mechanical breathing, she could live like this indefinitely. But the situation has embittered and alienated her husband Said, and proved too much for many nurses and aides.

Her grown son Noah, who lives with Kathryn and Said in their New York City apartment, struggles to balance his academic obligations with those he feels to his mother. The disease has also been a destructive force complicating relations between everyone in her family. Kathryn often falls into despair, but she has been holding on to see her daughter’s wedding day.

“Eat Your Catfish” draws on 930 hours of footage – all filmed without any crew present from a fixed camera from Kathryn’s point of view. The result is a profoundly intimate, layered and wryly funny portrait of a family at its breaking point.

“Rather than turning and looking at Kathryn, or asking others to sit down and tell us about her, we wanted to bring the viewer as close as possible to actually being Kathryn and experiencing what she experienced. Through Kathryn’s own narration, we enter the inner world of a severely disabled woman and mother facing her own mortality. We wanted to break from earlier documentaries on these themes by telling a true story, without contrived heroics, of the brutality of the daily challenges – both practical and emotional – of in-home care for a disabled and terminally ill person,” the director trio, who also produced the film, states.

Liselot Verbrugge, head of sales and acquisitions at Deckert, says: “We were immediately drawn to the style and tone of the film, which stood out so clearly from the majority of the films that we get offered. The POV perspective feels so open and honest, that you just have to open
your heart to Kathryn. A story with a laugh and a tear, that will stay with you for a long time.”