Death of a Virgin

‘Death of a Virgin, and the Sin of Not Living’ Review: Inner Lives Revealed With Originality and Compassion 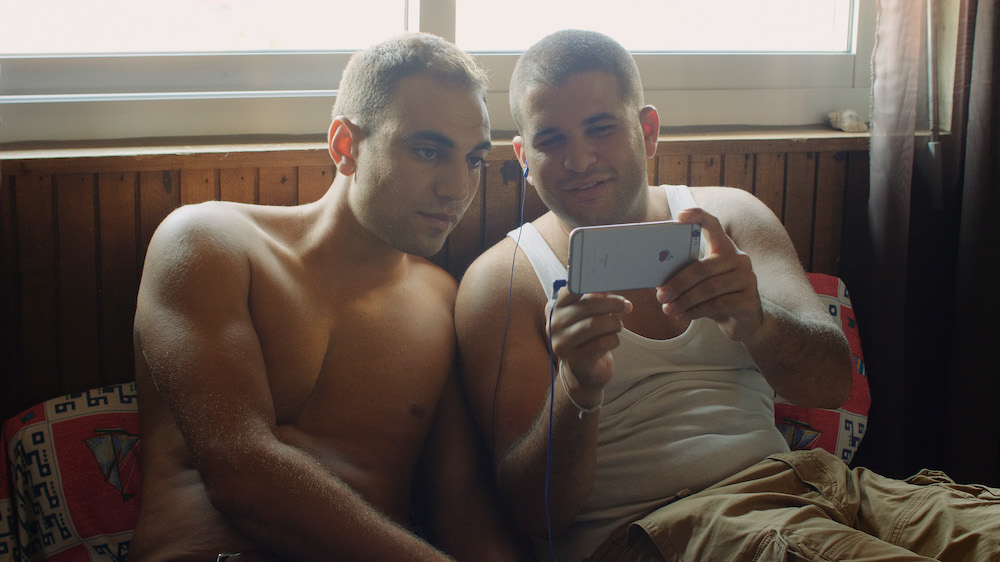 There may be films that resemble in certain details “Death of a Virgin, and the Sin of Not Living,” though nothing readily comes to mind, and even were there something to compare it to, it wouldn’t lessen the way it burrows inside until you find yourself flooded by the fragility of life, with all its beauty and sorrow. That novice director George Peter Barbari was even able to get this made given financing difficulties is nearly miraculous, and while debuting during a pandemic isn’t ideal, somehow the heightened awareness of how easy it is to be pushed off course makes the film’s poetics even more effective. “Death” is, of course, about everything that leads up to our demise, and the hurried paths that take us there, told through a basic story of four teenage boys in northern Lebanon losing their virginity to a prostitute.

Barbari takes that well-worn premise and does something extraordinary, using long takes and a fluid camera to alight on each character, including incidental figures, and via succinct inner monologues we learn who that person is and who they’ll become. Whether they will find love, achieve their dreams, when they will die and how. “The sin of not living” is made palpable through this gallery of lives of quiet desperation, each one a wellspring of promise so easily interrupted in its course. The monologues are almost matter-of-fact and swift (this isn’t Eugene O’Neill’s “Strange Interlude”), directed at the speakers themselves as much as the audience, and their brevity, like the brevity of our time on earth, hits hard.

Etienne (Etienne Assal) and his buddy Adnan (Adnan Khabbaz) hang out watching porn before joining a couple of friends to hook up with a prostitute who Adnan’s uncle had taken him to the week before. The framing keeps tightly on these two, following them as they leave home, sticking close even when we hear Etienne’s over-protective mother (Maria Doueihi) asking the usual maternal questions before a son heads out. As the boys exit though, the camera finds the mother and we get the first inner monologue: Her husband was killed in a plane crash, and she’s still trying to find herself without him. “I wish he had loved me a little less,” she says in the first of many lines, spoken by various characters, whose raw honesty and plangency root themselves in our consciousness.

The camera, impressively wielded by Karim Ghorayeb, moves on to Etienne’s sister Windy (Windy Ishak), whose voiceover reveals she’d had an abortion eight months earlier. Constant exercise won’t change her displeasure with her body, and despite yearning to leave this small seaside town she’ll never have the guts to do it. “I will die at 87,” she states, which on the surface sounds like a good life until you consider decades of dissatisfaction and corrosive self-criticism. Describing all this makes it sound as if “Death” is one protracted disquisition on miserabilism, which would be a terrible mischaracterization. The film has pathos but isn’t pathetic, and while it has a particular preoccupation with mortality sometimes found in sensitive youth, Barbari nevertheless gives it genuine resonance.

Outside the guys meet up with friends Jean Paul (Jean Paul Franjieh) and Dankoura (Elie Saad). The former is the blustery type, disguising his insecurity and lack of intelligence behind a macho volatility. After over a year together with his girlfriend he’s still only kissed her lightly twice, a common situation (including for Christian teens like these) in this conservative society where warped preoccupations with virginity and the eternal mother-whore dichotomy create the deep-rooted conditions making this journey to a prostitute an acceptable rite of passage.

They get a ride from acquaintances (one of whom reveals in his soliloquy that in two years he’ll sleep with a man and feel free for the first time in his life), then take a bus to a hotel, where the madam (Souraya Baghdadi) eventually calls down sex worker Christelle (Feyrouz AbouHassan). Etienne is the first up: We’ve already heard Etienne’s inner monologue, we know better who he is, what his life will be like, but now we see how this transaction, so humiliating in its power dynamics, will scar him forever.

The scene is painful to watch, not because it’s explicit — concentrating largely on their faces in bed — but because we’re inescapably confronted with Christelle’s violation, knowing it’s one of many before and after. Arabic speakers will notice that she speaks with a Syrian accent (the information isn’t explicitly stated), adding a further level of extratextual meaning given how so many Syrian refugees in Lebanon are treated as lesser beings. Christelle’s already in her tragedy, and Etienne is just entering his; there isn’t an equivalency here, which would be obscene, but there is sensitivity to each, and the gift of non-religious grace that recognizes the vulnerability of our souls.

It doesn’t lessen the overall impact to say there are several first-film weaknesses — for example, stopping the frame on a still image of Jean Paul is perhaps meant to reset the rhythm but it’s glaringly out of place. The director’s achievement, together with his team, is greater than that. With originality and compassion, he’s brought us face to face with our fragile humanity, just like an E.A. Robinson poem; destiny is cruel, but maybe it’s possible to avoid the sin of not living.