One of the breakout stars of the pandemic, Daisy Edgar-Jones, was finally out and about at Locarno Film Festival, where she picked up the Leopard Club Award and introduced her latest film “Where the Crawdads Sing,” based on a novel by Delia Owens.

“The whole idea of being a ‘breakout star’ is a strange thing to comprehend anyway. The strangeness of that, happening in tandem with the strangeness of the pandemic, meant that those things will be forever mixed up together for me,” she tells Variety, recalling “Normal People’s” triumphant unveiling during the lockdown.

“In reality, nothing in my life was changing. I was still in my bedroom on Zoom. This year, I have been all the more grateful for being able to promote the projects I worked on and actually be with the people I made them with.”

Her new film, set in the South and starting all the way back in the 1950s, gave Edgar-Jones a chance to portray a woman who harbors a secret.

“It’s an interesting thing to play. With not playing it being the goal, really. You want to lead the audience to various different places so that the suspense continues throughout the story,” she says.

Her character, Kya, isn’t a clean-cut housewife: She hunts for food, lives alone and isn’t defined by the men in her life, notes Edgar-Jones. Until she is charged with murder, already deemed guilty in the eyes of a community that has been rejecting her all her life.

“This idea of her as this ‘Marsh Girl’ is one that’s completely fabricated by the people in town. We wanted to highlight how you can misunderstand somebody, paint a picture of them [in your mind] and find it hard to differentiate between that version and the actual person.”

But Kya is nobody’s victim and years of solitude and abandonment, or even romantic disappointments, can’t bring her down.

“That resilience and continuing on, despite many hardships, is one of the aspects of Kya that I found very relatable. It’s a very human quality: To continue,” says Edgar-Jones.

“I was reading that story during the pandemic and many people resonated with it during that time. It was a time of collective hardship, of life changing in ways that we haven’t expected. But she is able to bounce back and survive in that hostile environment. And thrive.”

The film was directed by Olivia Newman, with Lauren Neustadter and Reese Witherspoon producing.

“There were empowered women behind the camera as well as in front of it,” adds Edgar-Jones, mentioning their “leadership roles.”

“I hope that soon, it won’t be a remarkable thing anymore. That it will be normal that the best person for the job can be hired.”

It was normal for her, however, as she also got to work with Hettie Macdonald on “Normal People,” who co-directed the smash show with Lenny Abrahamson, or with Mimi Cave on cannibal horror comedy “Fresh.”

“For Mimi, it was her first project. It’s exciting to work with people at the beginning of their careers and I can’t wait to see what she does next. She did such a brilliant job with that film,” she states, adding that she likes to transform for the job.

“I filmed ‘Fresh,’ ‘Crawdads’ and then [miniseries] ‘Under the Banner of Heaven’ in a succession and it was fun, hopping into these very different worlds and environments.”

The latter, about the Mormon community in the 1980s and a shocking murder of Brenda Wright Lafferty, was inspired by Jon Krakauer’s true crime bestseller. But Edgar-Jones tries not to become overburdened by research when preparing for roles, however tempting it might seem at first.

“The best advice I ever got was: ‘Take it seriously but wear it lightly.’ It applies to many things, but work in particular,” she says.

“I do take it seriously, but I also try to see this process as something that can be fun and ever-changing. If you are too rigid, you won’t be open to what the other actor is giving you.” Or able to just take it in and enjoy it.

“The first ever film I have ever shot, back when I was 19, is also premiering at the festival. At the same time as ‘Crawdads’,” she points out. Bill Buckhurst’s “Pond Life” was released in 2018.

“When I did that, I didn’t know if I would ever work again, and yet here I am. I just feel chuffed and lucky.” 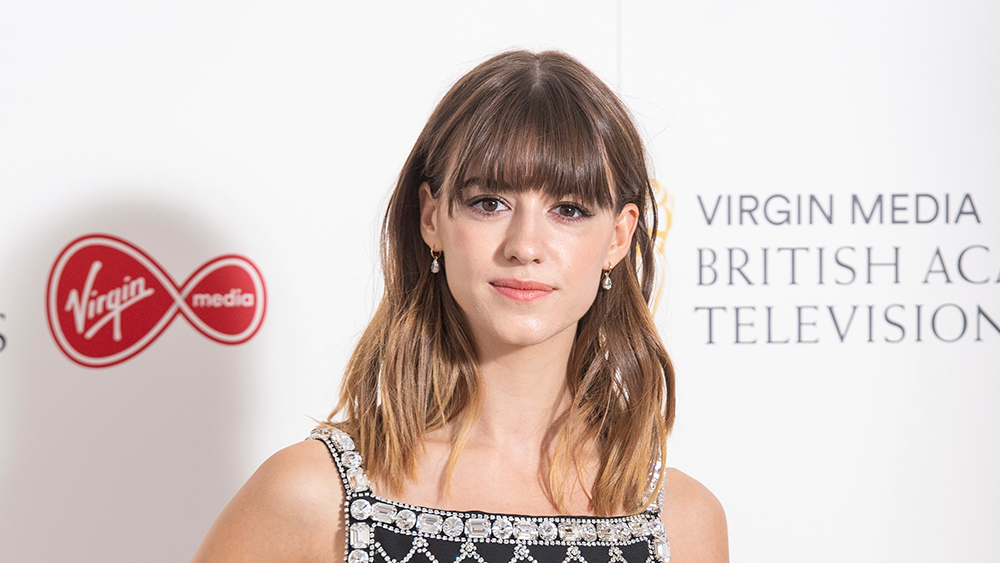