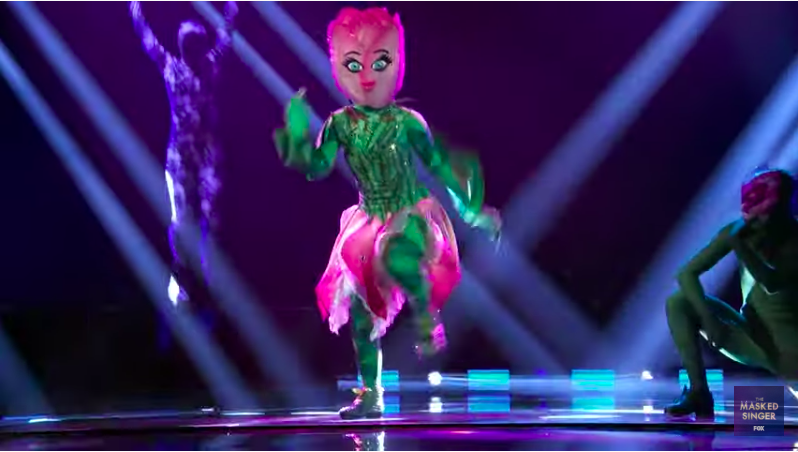 In case you haven’t gotten your share of guessing what celebrities are hiding underneath elaborate costumes on “The Masked Singer,” Fox has you covered with the first look at a few key costume reveals from the upcoming spinoff, “The Masked Dancer.”

In a promo for the show released on Tuesday, which you can watch above, series panelists Ken Jeong, Paula Abdul, Brian Austin Green and Ashley Tisdale offer their best guesses on who is gyrating across the stage in front of them in costumes including Tulip, Cricket, Cotton Candy, Exotic Bird, Sloth and Zebra.

Green guesses Britney Spears is one of the contestants on the show, while Abdul says Fergie (presumably talking about the singer, not the Duchess of York) and Tisdale wonders if one could be Lionel Richie. Jeong, known for his terrible guesses on “The Masked Singer” (though, to be fair, he has also been the only one on that show to correctly guess certain celebrities) is only shown commenting on a pirouette in this promo.

“The Masked Dancer,” based on a South Korean format, follows a similar format to its predecessor “The Masked Singer,” in that it features celebrity contestants decked out in head-to-toe-length costumes as they perform. These costumes don’t have to accommodate their singing, though, as they are only being evaluated on — you guessed it — their dancing.

Each episode will see the panelists and the audience trying to guess the identities of the performers, with clues sprinkled throughout pre-produced packages about the performer, as well as on-stage.

Craig Robinson will host the new reality competition series, which is produced by Fox Alternative Entertainment and Warner Bros. Unscripted & Alternative Television. Mun Hwa Broadcasting Corp. created the original, international format. Executive producers for the series, which is set to premiere in December on Fox, are James Breen, who also serves as showrunner; Craig Plestis; Dan Martin and Ellen DeGeneres.