Cineworld’s Regal Cinemas to Reopen With ‘Godzilla vs. Kong’ in Deal With Warner Bros. 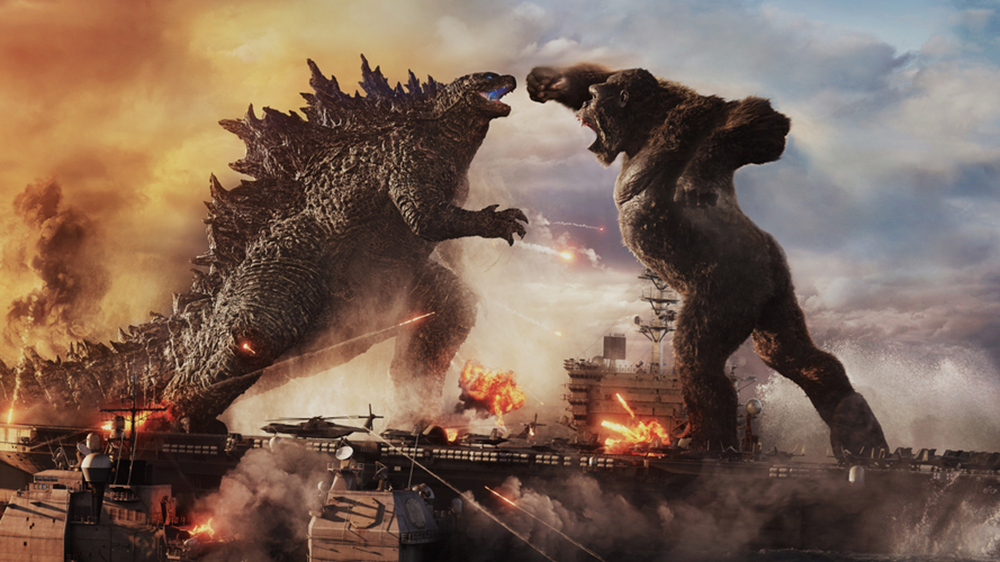 The Cineworld Group will reopen its U.S. Regal Cinemas Apr. 2 with a limited release for “Godzilla vs. Kong,” and a wider release planned for “Mortal Kombat” from Apr. 16.

The U.K., the group’s second biggest market, will reopen in May, according to government guidance. Indoor cinemas in the U.K. are due to reopen May 17 and drive-ins earlier, from Apr. 12.

“We have long-awaited this moment when we can welcome audiences back to our Regal theaters and restore our essential role within the communities we serve,” said Cineworld CEO Mooky Greidinger. “With the health and safety of our customers, staff, and communities as our top priority, we continue to take all the necessary precautions and abide by our CinemaSafe guidelines to confidently provide a safe and comfortable experience. With capacity restrictions expanding to 50% or more across most U.S. states, we will be able to operate profitably in our biggest markets. We will also be monitoring developments closely in the U.K. and across Europe as we set to gradually reopen across the world in line with local government guidance.”

For the U.K., Warner Bros. and Cineworld have agreed an exclusive theatrical window of 31 days prior to PVOD, and an extended window of 45 days for films that open to an agreed on box-office threshold.

“This is a great moment for us – the U.S. market represents 75% of our business – and soon will be followed with all our markets. We are great believers in the theatrical experience, which only a year ago [2019] generated $43 billion worldwide,” Greidinger added.

Cineworld is pushing back the reopening of its U.K. and Ireland cinemas from July 10 to July 31. The new date also applies to the firm’s U.S. chain Regal Cinemas.

The business is the first of the U.K. cinema chains to delay reopening following the second date shift for “Tenet.”

The Mooky Greidinger-run firm confirmed the new date on Tuesday, just days after Warner Bros. pushed back the release date for Christopher Nolan’s “Tenet” for a second time, from July 31 to Aug. 12. Off the back of “Tenet’s” delay, Disney also moved “Mulan’s” release from July 24 to Aug. 21.

A statement from Cineworld reads: “In line with recent changes to upcoming film release dates, we have made the decision to move our re-opening date to July 31. We hope that we will be able to re-open the doors of all Cineworld cinemas across the U.K. and Ireland at that time, subject to U.K. government restrictions. With the on-going pandemic, this new date remains subject to final confirmation.

“We know how much you’ve been missing the cinema and we are excited to welcome you back to Cineworld soon! With great films ahead, including ‘Mulan,’ ‘Tenet,’ ‘A Quiet Place Part II,’ ‘Wonder Woman 1984’ and many more, we can’t wait to be back.”

The U.K. government confirmed last week that cinemas are allowed to reopen from July 4. AMC Theatres-owned Odeon said it would open doors that day itself, while Cineworld and Vue were set to open a week later on July 10.

Vue has yet to set new dates for their cinemas, although AMC Theatres confirmed on Monday that it was pushing back its reopening by two weeks. The business said it now expects to open 450 of its more than 600 theaters on July 30, and hopes to be fully operational by early August. It’s still unclear what the chain’s new dates for Odeon cinemas will be.

Around 450 films have been made available to U.K. exhibitors when they reopen, including a remastered 4K version of “Star Wars: The Empire Strikes Back,” “Trolls World Tour” and “1917,” but the main attraction for cinema-goers is undoubtedly new releases such as “Tenet” and “Mulan.” Rather than programming library fare and second-run content, it is likely that most multiplexes will delay reopening to closer to their release dates.

The latest shift for “Tenet” followed New York Gov. Andrew Cuomo’s announcement that movie theaters in his state would not be included in Phase 4 of reopening. Without cinemas in New York City and Los Angeles back in business, the big-budget action epic would have been deprived of two of the U.S.’s biggest moviegoing markets. As parts of the U.S. have begun to reopen, some states have seen massive spikes in infection rates.

In the U.K., a second wave of infections has yet to fully emerge, though new cases are expected as the country looks to ease up on lockdown restrictions for businesses such as pubs and restaurants in the next week.