‘How It Feels to Be Free’ Review: A Captivating Documentary Salute to Cicely Tyson, Lena Horne, Nina Simone, and Other Black Female Stars Who Blazed the Trail 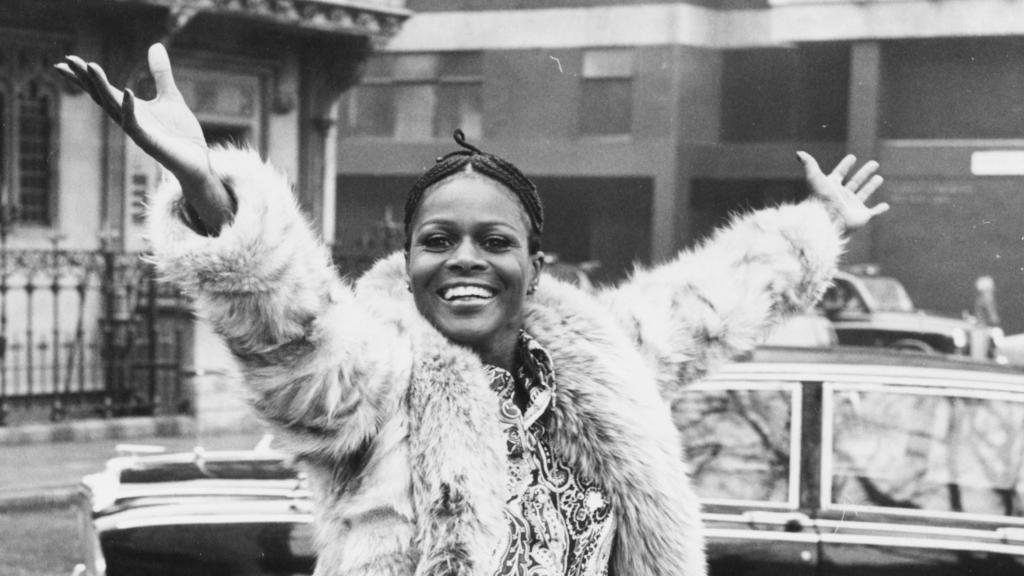 In 2002, when Halle Berry won the Oscar for her performance in “Monster’s Ball,” becoming the first African American to take home the Academy Award for best actress, after 30 seconds of convulsive tears she said, “This moment is so much bigger than me. This moment is for Dorothy Dandridge, Lena Horne, Diahann Carroll…And it’s for every nameless, faceless woman of color that now has a chance, because this door tonight has been opened.” To achieve something by standing on the shoulders of others is a profound feeling. And what Halle Berry’s speech hit home is that where those earlier performers had allowed her to become a giant, they were giants too — more than contemporary audiences often know.

“How It Feels to Be Free” is a documentary, at once sobering and enchanting, that interweaves portraits of six legendary stars, all of them Black women (Lena Horne, Abbey Lincoln, Nina Simone, Diahann Carroll, Cicely Tyson, and Pam Grier), telling the story of the trails they blazed, the ceilings they broke, the doors they kicked open, the splendor they achieved, and the wounds they endured.

The reason I say it’s the story, since each of these entertainers occupies a unique place, is that the documentary, in the very structure of its telling, reveals how all of them built upon what came before, seizing onto the success of others as if it were a baton in a relay race, one that could easily be dropped. The film includes sharp memories and observations from Berry, Alicia Keys (who is one of its producers), Lena Waithe, Samuel L. Jackson, Jacqueline Stewart, Gail Lumet Buckley (who is Lena Horne’s daughter), and the historian Ruth Feldstein, whose 2013 book “How It feels to Be Free: Black Women Entertainers and the Civil Rights Movement” was the taking-off point for the film.

Along the way, there are moments when you may wipe away a tear or two yourself, as it hits you how radical these women truly were, how their heroism became a matter of simple necessity. As one observer puts it, “They actually had careers in a time when they weren’t really supposed to have careers.” No one invited them to the table; the doors they cracked open always threatened to close behind them. Yet they changed the world.

An “American Masters” production, directed by Yoruba Richen with a historical precision fused with a contemporary vibrance, “How It Feels to Be Free” opens with an electrifying clip of Abbey Lincoln, in the same shoulderless red dress that Marilyn Monroe wore in several scenes of “Gentlemen Prefer Blondes,” performing an intoxicating number in front of a blue-velvet curtain in “The Girl Can’t Help It” (1956). You watch her and think: Is this the star of the movie? How could it not be? By the time a decade had passed, though, Lincoln had parted ways with Hollywood, performing with her husband, the jazz drummer Max Roach, in a voice that blared like a trumpet of defiance.

That feeling of possibility, at once tantalizing and squelched, is echoed even more grandly when the film goes back to the career of Lena Horne, who arrived in Hollywood in the early ’40s poised to become a new kind of Black star. We see her in a clip from “Panama Hattie” (1942), standing in a club that looks just like Rick’s in “Casablanca,” swaying and insinuating with a confidence that would melt Rita Hayworth. Horne’s beauty was luminous, and so was her singing. She, too, rules the room as if she were the star of the picture. Yet in this particular film, she wasn’t even credited.

One year later, in 1943, Horne would star in two movies: the all-Black MGM mystical musical “Cabin in the Sky” and Fox’s Bill “Bojangles” Robinson biopic “Stormy Weather.” We see a dramatic clip of her from the latter, and it’s clear that she had as much command — as much fire — as any actress of that era. Yet astonishingly, these were the only two movies in which Lena Horne ever had a speaking part. She’d made it a demand, from the outset, that she would not play a maid or other servile roles, and the industry, in response to the sacrifices that Black Americans were making in the armed forces during WWII, gave her that concession, which lifted Hollywood out of the Hattie McDaniel era. But the demand got her in trouble with other Black actors, who feared they would lose work. And according to Horne, who we see in several interviews (she died in 2010), “They hadn’t made me a maid, but they hadn’t made me into anything else either. So I just became a little butterfly pinned up against the wall, singing all these lovely songs.”

She longed to play Julie in “Showboat,” since the role was that of a light-skinned Black woman, and she had already sung “Can’t Help Lovin’ Dat Man” in “Ziegfeld Follies.” Yet the studio cast Ava Gardner instead. Hollywood was terrified of alienating the Southern market; we see a headline about how all of Horne’s scenes were cut from the 1948 “Words and Music” so that the film could play the South. (At the time, even a Hollywood musical would get Jim Crowed.) She responded by becoming a nightclub singer and activist, her political urgency lighting a fuse when, in a famous 1962 incident at a Beverly Hills restaurant, she hurled a lamp and several ashtrays at a patron who had used the N-word in speaking of her.

Nina Simone, the incomparable high priestess of soul, had her own spiritual awakening in reaction to the Sept. 15, 1963 murder of four Black girls in the 16th Street Baptist Church bombing in Birmingham. At that moment, she wanted (and tried) to make a gun, but instead composed “Mississippi Goddam” in the space of an hour. We see her performing it in 1964 on “The Steve Allen Show,” and this is most definitely a case of the revolution being televised. In this performance, Simone sounds like she wrote the song an hour ago. It’s hot off the presses. She stares the TV audience down, and the song as she delivers it is more than a testament. It’s a threat. Around this time, she met Dr. King and let him know that she respected him, but that she could not be a full follower of his because she was not non-violent.

“How It Feels to Be Free” is a documentary parable of art melting into activism. Each of the six artists here, up to and including the ferocious blaxploitation icon Pam Grier, embodies a dual narrative: We’re awed by their achievements, but their stories are encoded with the explosively greater prominence they would have enjoyed in an entertainment industry not dominated by racism. Diahann Carroll, in a 1965 interview with the BBC, is asked if it bothers her that she’s always compared to Lena Horne. And in that aristocratic voice of satin, she says it does bother her, since she wants to be seen as the individual she is. In 1962, Carroll had become the first African American to win the Tony for best actress, but the cutting edge of prejudice, for her, was how hard she was still struggling to earn a living.

In 1968, she broke a new kind of ground when she starred in the NBC TV series “Julia,” playing a serenely middle-class nurse and single mother. She got some angry mail from African American viewers who felt that the character “wasn’t Black enough,” yet “Julia,” a show I grew up with, was a beguiling series that, thanks to the quiet wit of Carroll’s presence, carved out its own populist truth. And in “Claudine” (1974), the turbulent Hollywood domestic romantic drama she starred in with James Earl Jones, Carroll proved she was no one’s plaster saint. It was a movie that blasted through stereotypes of “welfare mothers,” even as it took on the welfare bureaucracy.

If Diahann Carroll was the height of poised fretful elegance (and then, on “Dynasty,” a testament to the empowering qualities of sin), Cicely Tyson was a one-woman revolutionary — almost a kind of Brando figure in what she brought to the screen. She was arguably the first major Black actress in television and film who transcended the very ethos of being a role model. And as she says in several interviews here, that was her intent. She didn’t want to be seen as a “Black actress.”

Her characters occupied their own fully-carved-out space, one that was raw and real. Even in the early-’60s TV series “East Side, West Side,” where she wore a then-vanguard short Afro, she refused, in moments of silence, the emotions of accommodation. And in her epochal role in “Sounder” (1972), as a sharecropper trying to raise her children after her husband gets hauled off to prison, her performance is alive to the sensations of the moment. “Her acting had such breadth to it,” observes LaTanya Richardson Jackson. ‘There’s something about us that made us always want to close in, and it was because of how we had been treated. Cicely was like, ‘Let’s open it up. Let’s break it all open.’” She did. But then so did every one of these women. They broke it all open, and the light poured in.