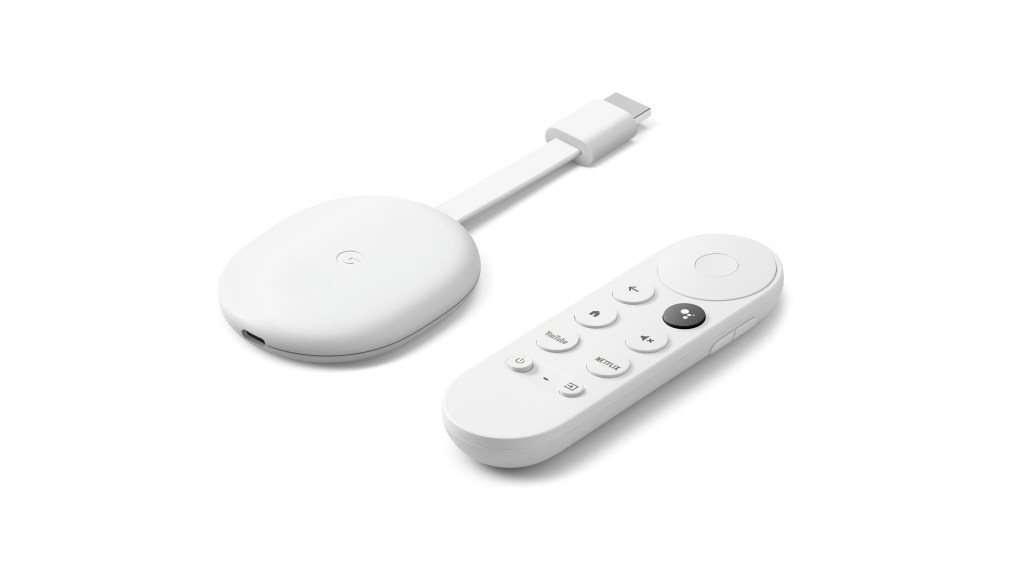 Google is teaming with Netflix on a new Chromecast bundle — giving customers six months of the streamer’s standard HD plan for half price — in hopes of cranking up sales of its recently released streaming dongle and grabbing share from Roku and Amazon’s Fire TV.

For a bundled price of $89.99, customers who purchase a Chromecast with Google TV streaming device (regularly $49.99) will receive six months of Netflix’s two-stream HD service. That works out to $6.67 per month, a bit more than 50% off the new Netflix U.S. price of $13.99 monthly.

The offer is available to both new and existing Netflix subscribers. If you already have a Netflix account, your account will be credited for the price of six months of the standard plan. The bundle offer runs through Dec. 31, 2021, available in the U.S., Australia, Canada, France and the U.K.

In the fine print, Google notes that Netflix price plans are “subject to change and the duration of the offer value may be prorated accordingly.” Meanwhile, if current Netflix customers have a different streaming plan, they will still receive a credit (with a current value of $83.94) applied to their account.

For Netflix, the Google pact is designed to give it a subscriber lift after the streamer saw growth slow down dramatically in the third quarter of 2020, following its massive COVID-fueled gains in the first half of the year. Moreover, Netflix is expected to see some amount of users bailing over the higher pricing, which goes into effect this quarter. Terms of the deal aren’t being disclosed, but Google is likely paying Netflix a discounted per-sub wholesale rate under the six-month promo.

The Chromecast-Netflix six-month bundle is available on the Google Store at this link.

The new Chromecast with Google TV, for the first time, includes a standalone, voice-enabled remote control — a top request from customers — which, notably, includes a dedicated button for Netflix, along with one for YouTube.