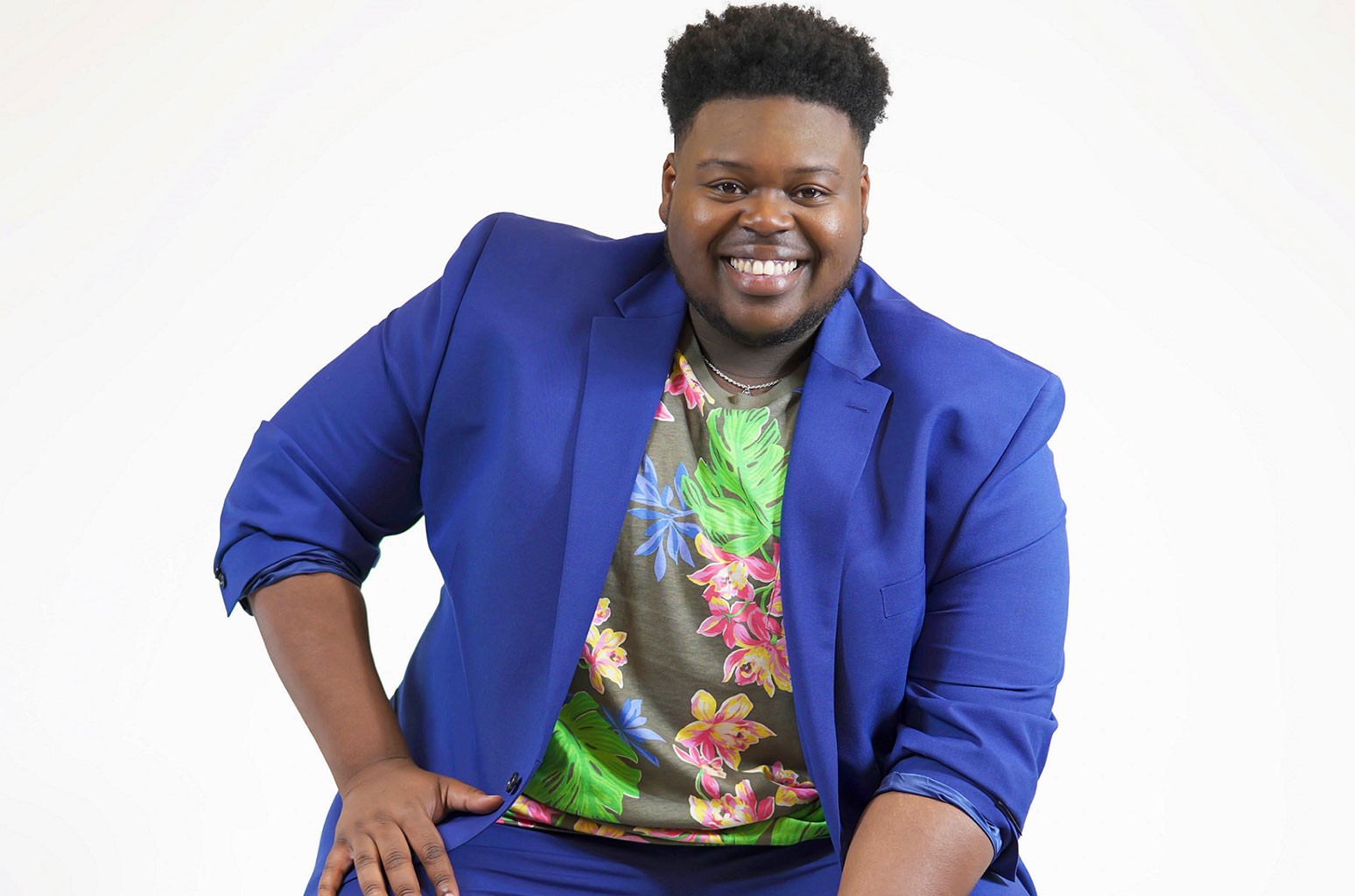 “Of course it is incredible to top the charts, an absolutely surreal experience. But to do so with a song that my father wrote nearly 30 years ago is something truly remarkable,” Crispell III tells Billboard. “I am just 24, which means it was written before I was born.

“To have the opportunity to share it with the world, and it be a hit, speaks to how timeless his writing is,” he muses. “I am honored to carry on the legacy. I pray that I make him, and everyone who has supported me, proud.”

“Wonderful” is the first single from Crispell III’s debut LP I’ve Got a Testimony, which bowed and peaked at No. 5 on Top Gospel Albums in September 2020. 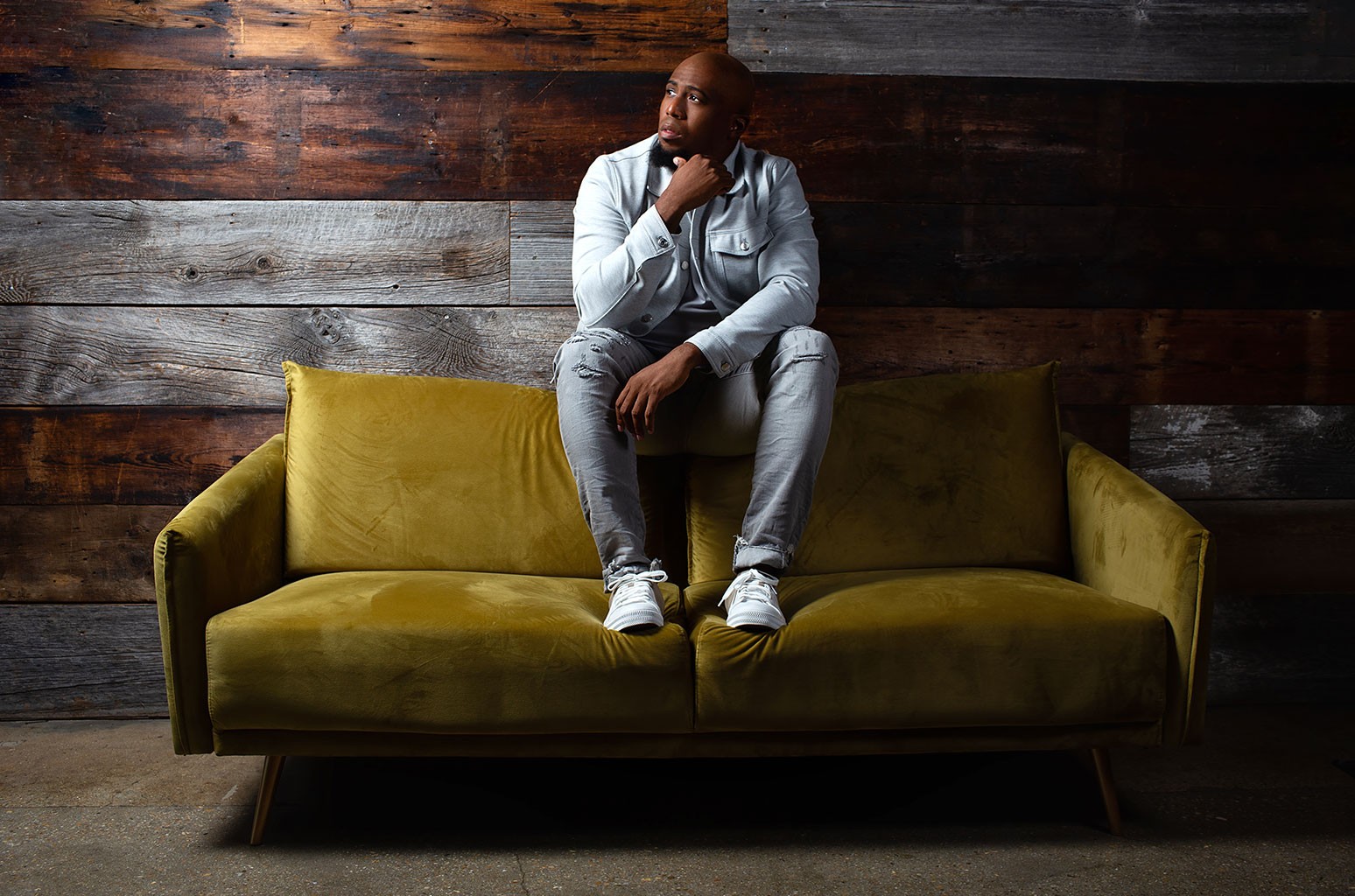 “My team and I are so grateful and excited that ‘Help’ is the No. 1 song on the Billboard Gospel Airplay chart,” Brown says. “This song has meant so much to me, especially given the times we are living in. My hope is that it provides a source of inspiration and encouragement for everyone who hears it. Help is on the way!”

With “Help,” Brown & group therAPY bank their third Gospel Airplay chart-topper in succession. It follows “This Week,” which led for two frames starting on the list dated July 18, 2020, and “Blessings on Blessings,” which reigned for three weeks beginning in September 2019.

Brown & group therAPY first led with “Worth,” for 24 frames starting in September 2015. It’s the seventh-longest-leading No. 1 in the history of the chart, which launched in March 2005. (Marvin Sapp’s “Never Would Have Made It” ruled for a record 45 weeks starting in August 2007.) 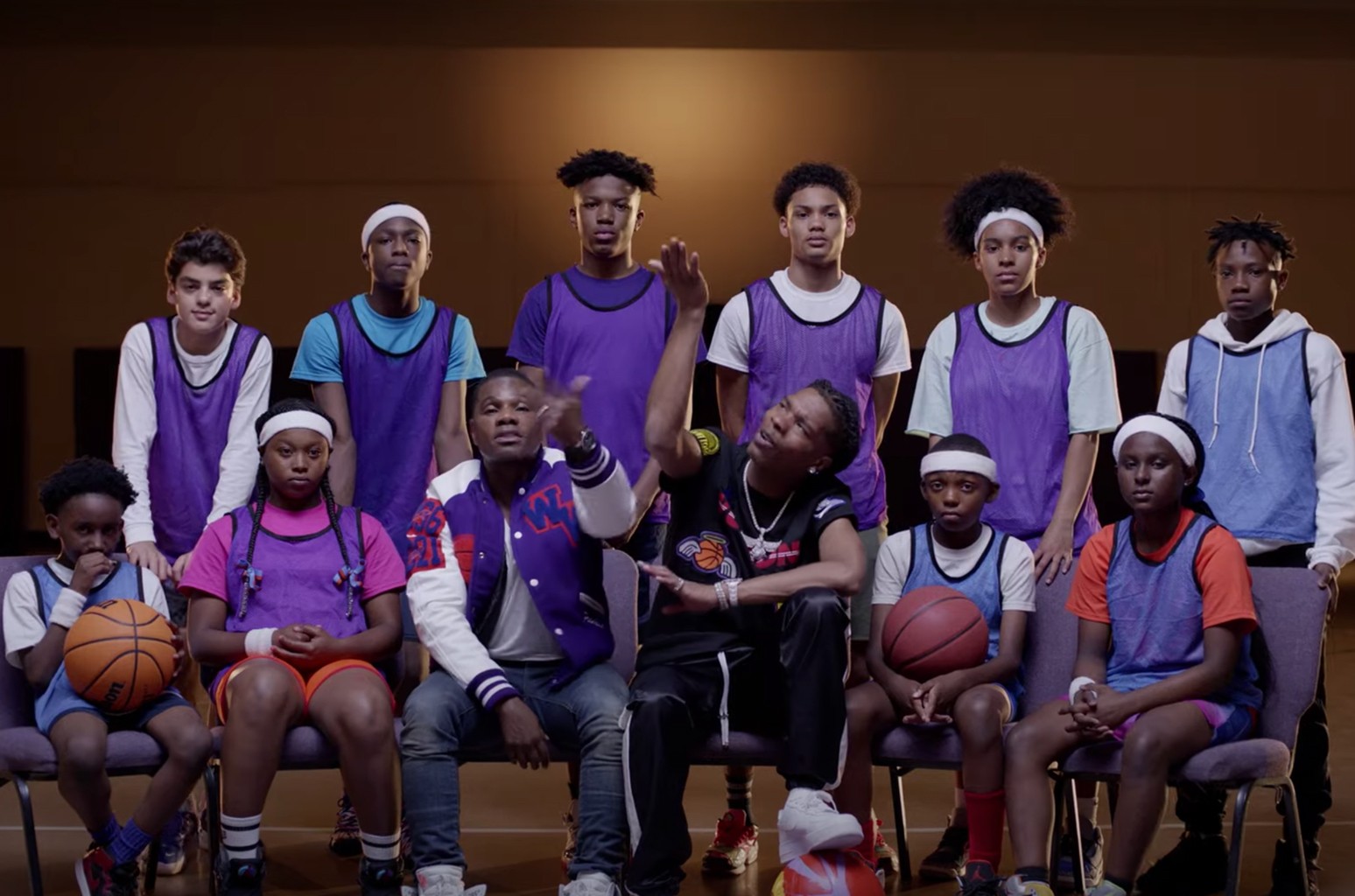 On Wednesday (July 28), the song’s visual premiered on YouTube. It opens with a stunning clip of Kirk Franklin sitting silently in an empty basketball court before he begins playing the piano. Moments later, various scenes from the movie are shown throughout. 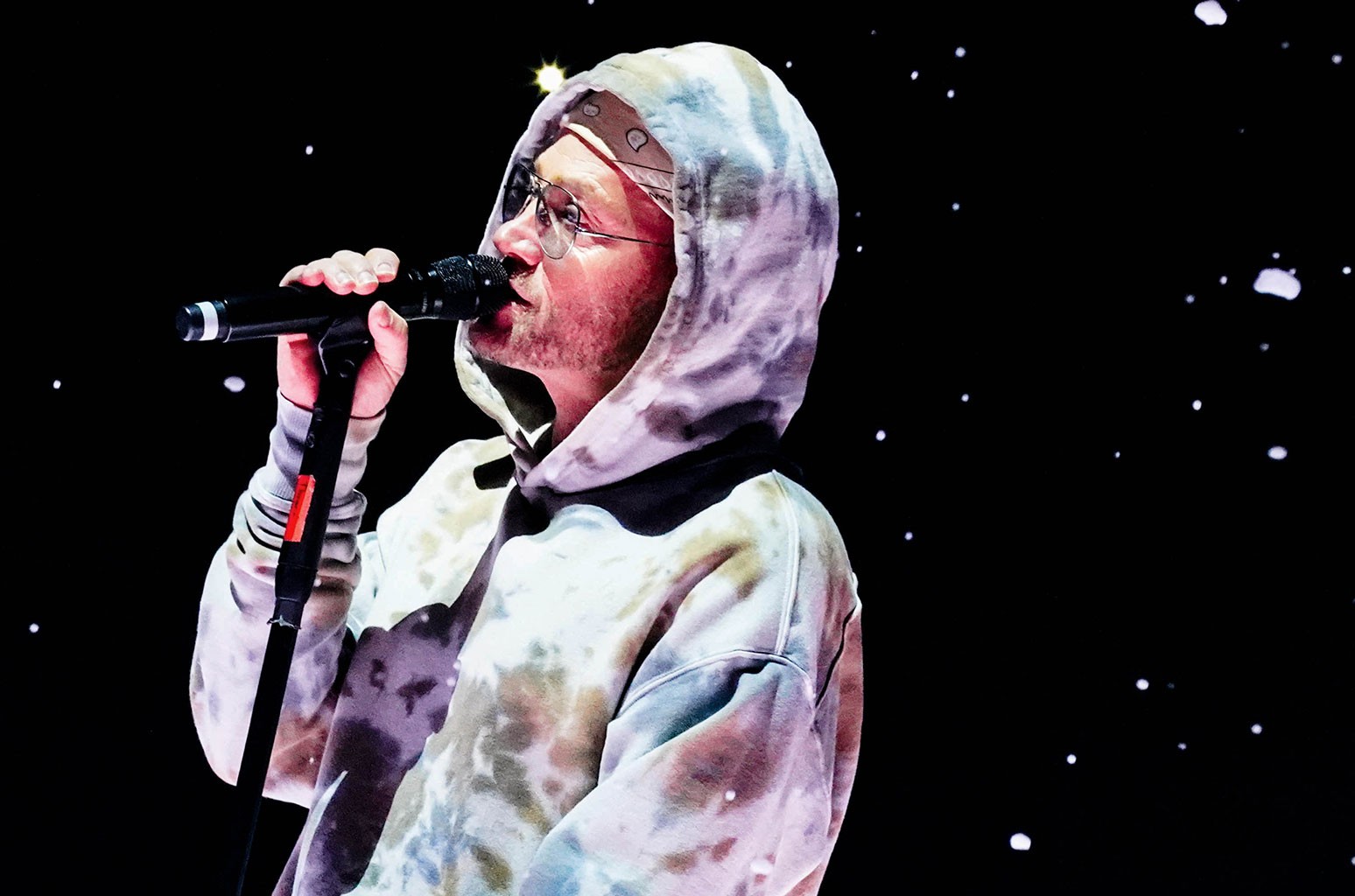 Dating to the June 2003 launch of the Christian Airplay chart, tobyMac moves into a tie for the fourth-most leaders with Chris Tomlin and Matthew West. MercyMe has the most (17), followed by Jeremy Camp and Casting Crowns (11 each).

TRIBBETT’S THIRD NO. 1 Meanwhile, Tye Tribbett adds his third No. 1 on Gospel Airplay as “Anyhow,” which he co-authored, pushes 2-1, up 3% in plays.

It’s Tribbett’s second consecutive Gospel Airplay leader, after “We Gon’ Be Alright” led for a week last September. Before that, he hadn’t topped the list since 2006, when “Victory” began a three-week reign that September.

Cory Asbury on Sophomore Album ‘To Love a Fool’: ‘My Goal Is to Put Real Life Into Music Form’ 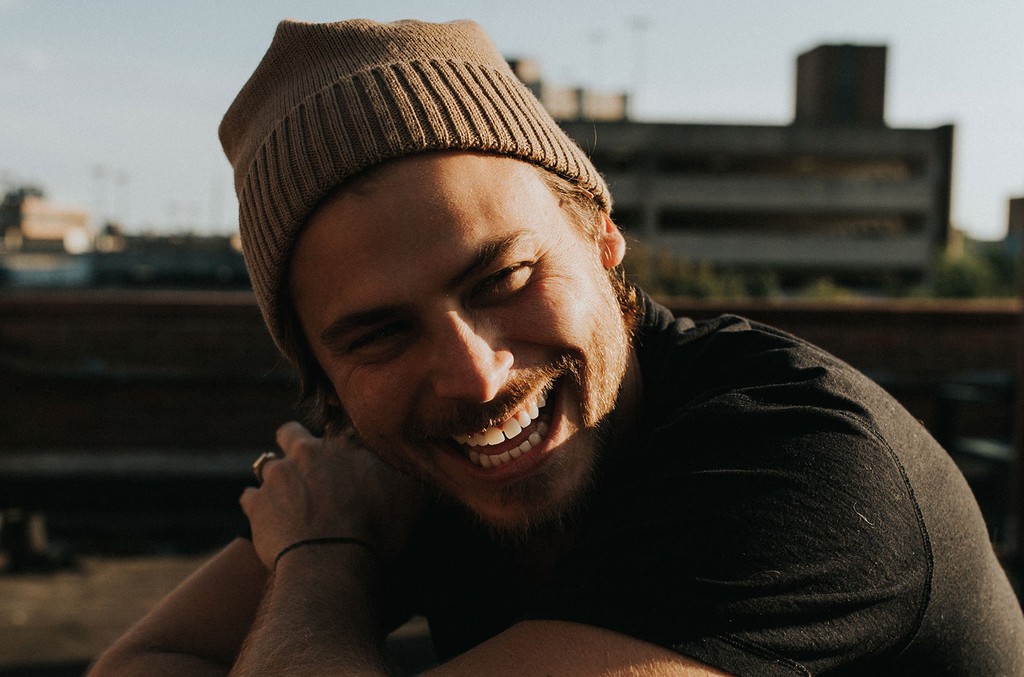 Continuing his run, the first single from To Love a Fool, “The Father’s House,” ruled Christian Airplay for three weeks in June.

Asbury, who resides in Kalamazoo, Mich., with his wife, Anna and their four children, has also been part of the worship collective Bethel Music since 2015. Additionally, he leads worship regularly at Radiant church in Saginaw.

The new album, which was pushed back multiple times due to the COVID-19 pandemic, was produced by Paul Marbury in Nashville, with all tracks written by Asbury, solely or with others. Asbury talked to Billboard from his home about the new project.

This certainly sounds like a cohesive album where every song flows to the next. Was that the mission?

For sure, I’m pretty old-school and still buy records, so, to be honest, I love the whole concept of the album. Really, the infatuation with singles sort of irks me [laughs], but I definitely went in with the goal of making a complete album. When I’m listening, I want to sit with it and take it all in. I wanted to create that experience for my fans. I also wanted to create a real record with real instruments and less synth. The Christian world can be kind of boxy and we wanted to break that mold.

With the pandemic still raging, how are you marketing the album launch?

We’re doing a rooftop show in Saginaw on Aug. 20 that we’ll also stream live for anyone who wants to see it.

Will there be an in-person audience?

Yes, but only about 70 people so it can be managed and everyone can socially distance safely.

How important is radio and what is your connection to programmers?

It’s very important and has been huge in my development as an artist. We toured the entire country visiting stations and programmers when we released the single “Reckless Love.” I feel like I have a strong connection with radio. Plus, from data that I’ve I seen, radio listeners still buy music.

Your faith is front and center in your lyrics and you’re certainly not dancing around anything. Would you ever want your songs to cross over to pop radio?

I look at it like the possibility of a huge evangelistic tool: the more people that your music reaches, the more people that might actually be saved because of it. My goal is to put real life into music form to show the highs and lows and the crap we deal with on an everyday basis. If a song can crossover and reach more people and encourage them, then I am all for it.

Have you picked a second single to follow “The Father’s House?”

It’ll be “Sparrows.” I think it’s a song that’s easy to digest and receive and a message that’s needed right now: that God takes care of us even when the world is broken and freaking upside down like it is now. The third will be “Dear God,” which I feel is different in that it’s not your everyday uppity and poppy Christian single.

“Reckless Love” was the only single off the first album. Was there any hesitation to follow it because it was so successful?

I think because “Reckless” was around so long, we didn’t want to step on it. It just kind of kept going and going.

How challenging was it to record the new album during a pandemic?

Paul did an amazing job, considering the challenges. He had to just farm out the tracks to every player, like the guitarist recording literally 100 tracks, and Paul put it all together.

You wrote or co-wrote every track on the album. How long did that take?

I basically took off all of 2019 for a sabbatical. I shut down my social media and other distractions and just concentrated on writing. I have a loft-space studio in downtown Kalamazoo that’s a place of solitude. It’s a great place to write.

What’s your favorite track on the album?

“Unraveling,” which is one of the tracks we used strings on. We had to bring them into the studio one or two at a time. It was quite a challenge.

Is there anything in particular that you’re listening to right now that stands out?

Taylor Swift‘s new album [folklore]. I literally listened to the whole project five times from start to finish. I love that it’s more organic-sounding. It’s her best work in years, in my opinion.

Chris Sligh, a finalist in season six of American Idol, is battling with COVID-19-related pneumonia.

The contemporary Christian singer on Monday posted a picture of himself appearing unwell in a medical facility, with the caption, “My world right now. Covid suuuuucks.”

His condition hasn’t improved. “I’ll try to reach out to as many people as I can individually, but publicly let me say thank you for the prayers & kind words,” he writes in a new Instagram post.

“I have Covid that has devolved into pneumonia. Breathing without pain or coughing is difficult & I didn’t get much sleep last night, but hopefully the antibiotics do their work fast.”

Sligh has entered the Christian AC Songs chart on four occasions, including a No. 7 best for 2008’s “Empty Me.”

A new single “Beyond Our Wildest Dreams” dropped Feb. 28 and a rerecording of “One” is due out Thursday (July 8). In a recent update, Sligh said “One” would be his last single release to the Christian market, with the promise of “more on that to come.”