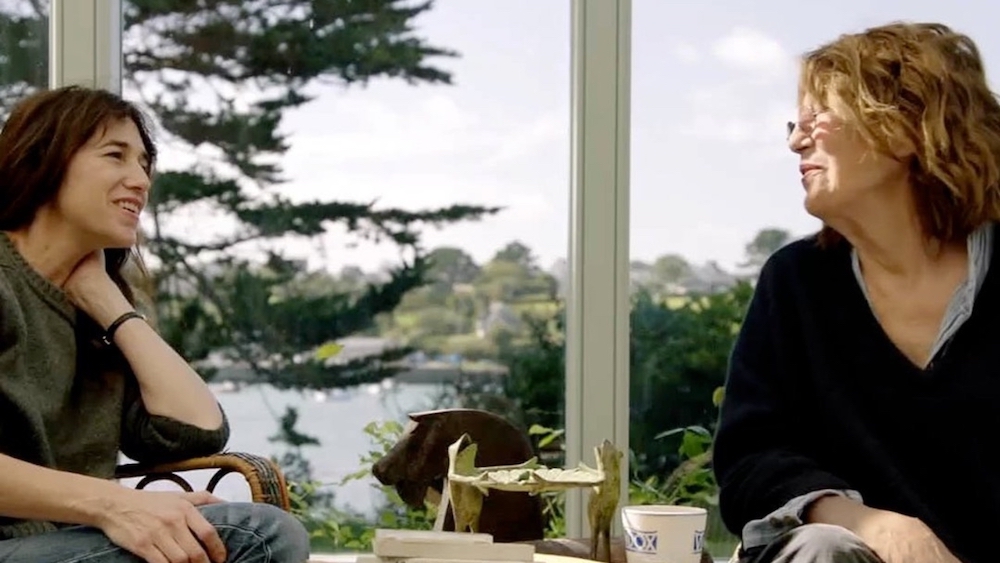 I don’t know about you, but expectations have a way of interfering with my enjoyment of a film, so I try my best to set them aside and approach each new movie with an open mind. Still, I must confess that as soon as the 2021 Cannes Film Festival lineup was announced, one selection set my imagination racing: the directorial debut of daring actor Charlotte Gainsbourg, “Jane by Charlotte,” where the Jane in question was her mother, Jane Birkin.

The film’s title was an enticement — a clear homage to “Jane B. by Agnès V.,” a playful postmodern essay-film by the late, great Agnès Varda, in which the two women conspire to deconstruct Birkin’s star status, somehow augmenting her mystery in the process. Would “Jane by Charlotte” succeed in accomplishing something similar, unlocking new dimensions of the French pop icon, with her tomboy style and cultivated accent? (Even today, Birkin speaks French like a foreigner, a cutesy form of “Franglais” peppered with English words like “gloomy” and “poots.”)

The film’s source was a further draw: Gainsbourg may have started her career a “child of” iconic parents (Birkin and French musical genius Serge Gainsbourg), but she has justified that advantage by pushing herself on multiple fronts: as a singer, a photographer and an actor for such envelope-be-damned, push-the-audience filmmakers as Lars von Trier and Gaspar Noé. What might this bold performer do behind the camera? The mind pinwheels with possibilities.

Alas, “Jane by Charlotte” hardly qualifies as a movie. It’s sloppy even by home-video standards, so casual/clumsy is Gainsbourg’s shooting style. The amateurish project has been stitched together from a handful of reunions, in which Birkin responds as sincerely as possible to personal questions. At the very least, Gainsbourg ought to have engaged a sound professional. The image and audio are so compromised in several scenes (like the train ride to a bulldog breeder) that one wonders why she bothered to include them at all.

In France, the public must feel as if it already knows everything about Birkin, a massive celebrity who served as Serge Gainsbourg’s muse. Birkin knew she was beautiful but often doubted her talent. After her partner’s death, she succeeded in giving her singing career a second act by hacking off her hair — a repudiation of the world’s perception of her as a sex symbol — and performing live onstage at Paris’ Bataclan (before that, she’d lip-synced to playback).

Over the years, Birkin has indulged countless photo shoots and interviews, her every move scrutinized by the tabloids. Between that and the publication of her “Munkey Diaries,” what more is there to know? Does Gainsbourg’s portrait add anything, or is it like the mother-daughter photo session observed early in the film, in which she documents Birkin’s wrinkled fingers and liver spots but leaves the rest out of focus, reflected in a broken mirror? It’s hard to say, since I’ve been exposed to just a fraction of all that Birkinalia over the years. (I was caught off guard, for example, by the film’s casual mention of first daughter Kate Barry’s death. But then, I had assumed that Gainsbourg was an only child.)

Like me, the world hasn’t necessarily been paying such close attention, and it’s unfortunate that the film doesn’t spend time educating newcomers on the key elements of Birkin’s celebrity. The whimsical format includes no clips from her films, and home movies play not as B-roll but projected onto her face during one encounter.

The most engaging scene involves their visit to the flat at 5 bis rue de Verneuil, Birkin’s first time back to the Paris apartment she shared with Serge Gainsbourg all those years ago, a black-walled cabinet of curiosities that their daughter has kept practically untouched. For decades, she has dreamed of turning the location into a museum; beyond the “Lying With You” music video, which she directed, few have seen behind the graffiti-covered outer walls.

It’s touching to watch mother and daughter revisit such an important location together, knowing that Serge means something different to both of them than he does to his millions of admirers. The canned goods in the pantry have since exploded, but the smell apparently hasn’t changed. One can still find his Gitanes cigarette butts in the ashtrays and Birkin’s old Guerlain perfume bottles beside the bed.

The movie shares the same sense of casual disarray as that apartment, but not to the degree of Birkin’s own hoarding habit: Gainsbourg doesn’t cram the film with all that much material, and spares her mom the embarrassment of showing her personal clutter. She essentially goes easy on Birkin, asking intimate questions but settling for shallow answers. “Oui,” Gainsbourg whispers constantly, encouraging her mother to share more. But the responses reveal very little. If you want to know Birkin, search her lyrics. She’s been an open book her entire life.

Jim Carrey tones himself down (too much) as a Polish police detective out to solve a kinky murder in a grade-Z thriller swathed in “minimalist” style.

In “Dark Crimes,” Jim Carrey wears a grayish beard, cropped hair, and the jacket and turtleneck of a silently dissident Slavic literature professor from the mid-’60s. His character, named Tadek, is actually a Polish police officer, and Carrey speaks in an accent that’s so whispery and vague I got the feeling that if he were playing a Polish plumber back in his “In Living Color” sketch-comedy days, he might have worked that much harder to make his inflections authentic.

Tadek is a detective who got demoted to the lowly job of records-room clerk after a botched investigation. Desperate to win back his status, and his dignity, too, he seizes on a murder case that no one else will touch, maybe because it involves a sex club frequented by his boss. Throughout “Dark Crimes,” Carrey broods and stares like an actor who’s out to muffle any hint of his natural spirit by swathing it in poker-faced gloom. It’s as if he thought: The less I act here, the more I’ll seem like I’m “acting.” That beard seems to be literally tugging his head down.

The movie opens with images of what goes on inside The Cave, a hellfire S&M club where naked women are paraded around on dog leashes and abused in even more garish ways. None of it, however, is coerced; the film keeps making the point that the women are there voluntarily, strictly for the money. “Dark Crimes” could be one of those straight-to-tape movies from the 1980s — this one, loosely based on a true-crime New Yorker article, sat on the shelf for two years and will soon head straight to VOD — that wants to sell you on the idea that it’s all about crimes of passion. The sin of desire. Really, though, it’s a murder mystery with one twist, a movie just muddled enough to make you forget that crimes of kink aren’t actual crimes.

The hog-tied body of one of the club’s patrons has been fished out of the river. Tadek is sure he knows who the killer is: a writer, Kozlov, played by Marton Csokas as a nihilist dog who glowers at everyone with fulminating superiority. Kozlov has written a novel full of sex and homicide that appears to duplicate the circumstances of the murder. It’s full of windy passages of pulp Dostoyevsky, which we hear the author read on tape (“You murder a man, and the moment it’s done you’re already retelling the story to yourself, so that the act of killing is not your act of killing…”). But is what’s on the page, in a work of fiction, the only evidence Tadek has to go on? That and Kozlov’s insinuating outlaw-genius demeanor?

It’s all far too obvious (the novel should have been called “Red Herring”), and we spend most of “Dark Crimes” waiting for the other shoe to drop. That’s a problem, since the film’s pace never deviates from its hushed, deliberate, anticipatory gaze — it’s stuck in thriller-foreplay mode. The whole thing is a glossy “minimalist” tease, whether it’s showing us surveillance footage of the sex club whose activities we never get a detailed enough glimpse of or the spark that flames up between Tadek and Kozlov’s ex-partner, played by Charlotte Gainsbourg as a masochist who wears her bruises with pride.

Gainsbourg, as she proved in Lars von Trier’s “Nymphomaniac,” is such a fine actress that she can do a nude scene in which she communicates emotion entirely with the muscles of her back. She outclasses this movie, unlike Carrey, who for all his talent seems trapped in it. That’s what happens when an actor tries to stretch and reel himself in at the same time.