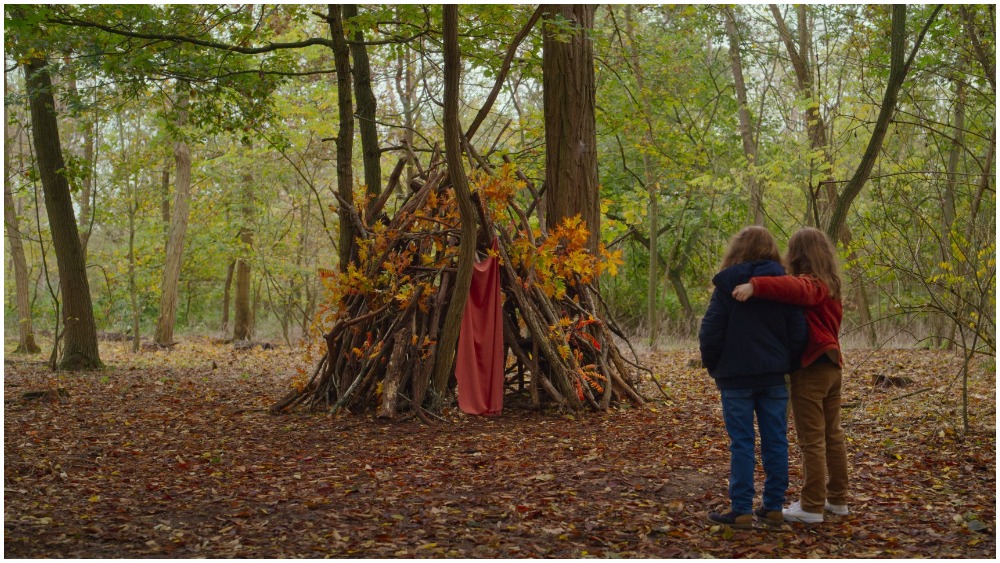 Adele Haenel, the star of Cannes prize-winning film “Portrait of a Lady on Fire” and French Oscar submission “BPM,” has alleged that director Christophe Ruggia sexually harassed her for years, starting when she was just 12 years old.

Haenel told French investigative website Mediapart that Ruggia, who directed her in the 2002 drama “The Devils” (“Les diables”), repeatedly made advances toward her, including unwanted touching and kisses, until she was 15. Haenel said she told people several years ago about the incidents, well before the rise of the #MeToo movement, but felt moved to speak out publicly now because of the documentary on Michael Jackson, “Leaving Neverland,” and news that Ruggia was prepping a new film with two protagonists with the same names as her and her co-star’s characters in “The Devils.”

Ruggia has vigorously denied the allegations, calling them defamatory. In a statement to Mediapart, he said that he and Haenel had enjoyed a “professional and affectionate” relationship that was in no way untoward. Variety has asked Ruggia’s representatives for comment.

Mediapart previously published a lengthy investigation into multiple allegations of sexual harassment and misconduct by EuropaCorp founder Luc Besson. In its report on Haenel and Ruggia, the website said it had spoken to numerous colleagues and friends of Haenel and had access to documents that backed up her account.

Haenel, 30, has won two Cesar awards, France’s equivalent of the Oscars. In Celine Sciamma’s “Portrait of a Lady on Fire,” which won the screenwriting prize at Cannes, she plays an aristocratic young woman who falls in love with the artist hired to paint her portrait.

In “The Devils,” shot when she was 12, Haenel starred as one of a pair of runaway siblings. She said that, after the film was completed and went on the festival circuit, Ruggia continued to make overtures to her until she was 15, creating an environment of “permanent sexual harassment” through unwanted touching of her torso and thighs and kisses on her neck. Haenel stopped acting during that period, until she was cast in Sciamma’s “Water Lilies” (“Naissance des pieuvres”).

Ruggia’s only directing credit after “The Devils” has been for 2011’s “In Turmoil.” He has been developing a new project with characters named Chloe and Joseph – the names of the leading characters in “The Devils.”

Bertrand Faivre, a producer on both “The Devils” and “In Turmoil” who has been working with Ruggia on the new project, said he was curtailing his involvement as a result of Mediapart’s report. Faivre told the website that Haenel had informed him of Ruggia’s alleged misconduct years ago but that he had not understood the gravity of what allegedly happened.

In the report, Haenel said she hoped her story would help bring an end to the abuse of women and children and the impunity of their assailants.

Reverberations from the 2018 Women’s March in Cannes echoed all the way to the Bell Lightbox this year as the Toronto Intl. Film Festival played host to a social-minded pack of filmmakers transforming the French industry.

Alongside projects from women’s march leaders Céline Sciamma (“Portrait of a Lady on Fire”), Rebecca Zlotowski (“Savages”) and the late Agnès Varda (“Varda by Agnès”), the festival screened works from rising talents Justine Triet (“Sibyl”), Mati Diop (“Atlantics”) and Alice Winocour (“Proxima”) — and the fact that they all hit Toronto at the same time is not some happy accident.

“There’s definitely a new generation of women filmmakers in France, and they are creating a new wave,” says Iris Brey, a Franco-American author and academic. “Even if they’re all very different, and offer different cinematic experiences, they represent an emerging group that has decided to tell their stories from a feminine point of view.”

“They’re all telling stories that we haven’t really heard before,” says Brey. “All these women are doing something similar — they’re asking questions about the body, and exploring the answers as a gendered experience. And that’s something revolutionary [in French cinema].”

Thematic explorations aside, this new wave — which also includes previous Toronto-selected directors Mia Hansen-Love (“Maya”), Katell Quillévéré (“Heal the Living”) and Julia Ducournau (“Raw”), all at work on upcoming projects — shares more than a few superficial similarities as well. All are more or less the same age, and almost half of them come from the screenplay department of the French national film school, La Fémis.

The latter fact reflects a quirk of the local industry that has allowed female directors to make their mark.
“In France, we have a financing system that is based more on screenplays than on director’s reels, music videos or shorts that we would have made before,” says Zlotowski, whose recent title “An Easy Girl” won the Directors’ Fortnight prize for French-language film at Cannes in May, and who presented episodes from her series “Savages” in Toronto.

“This system is beneficial, in that it allows women to emerge by removing the economic obstacles that could initially limit access,” she continues. “The thing about our generation is that we’re already onto our second, third, fourth feature film. That’s atypical and a little different, because in France there have always been women directors, but they haven’t always been able to continue to make features [in lockstep]. And that I think [our ability to do so] is related to a system that’s evolving.”

Zlotowski, along with Sciamma, has played an active role in shaping that system. Both have served as president of the Society of Film Directors (La SRF), a professional association that works to defend France’s cultural exception filmmaking model, and the two still remain on the board, trying to preserve certain institutions with one hand, while using the other to affect change.

In 2013, the two joined Le Deuxième Regard, an activist network meant to tackle questions of sexism and representation in the French industry. The network helped organize the Femmes de Cinema Lab, a kind of industry-inclusion think tank, and launched the French arm of the Belgian initiative Boost Camp, which offered development workshops to young female directors.

But the group’s focus would change over time, going from asking questions about the French industry — where female creatives have often got a foot in the door, but have had a harder time staying in the room and building a career, and where a 40% pay gap exists between male and female directors — toward acting upon the answers they found.

And so, following the success of the Women’s March in 2018, Le Deuxième Regard merged with the 50/50 Collective, an organization with a stated mission — to equalize parity and wages in front of and behind the camera — and a set of policy initiatives that could help achieve it.

Co-founded by Sciamma and counting Triet and Winocour as fellow members, the collective has sought to move the industry forward while recognizing that reforming France’s particular culture, which has sometimes been at odds with the MeToo movement, would require a bespoke set of solutions.

“Our cultural paradigm makes it impossible to instill quotas and sanctions,” says Zlotowski. “And positive-discrimination, just by name alone, is a conversation ender. Our method is to ‘scientificize’ a debate that can lose any rationality once the questions of gender and sex come up.”

Instead, 50/50 has worked with public bodies like the CNC and the Ministry of Culture to create legal paradigms incentivizing greater gender parity on film sets. Late last year, the collective announced a points-based subsidy, developed in partnership with the CNC, that would offer a 15% public-funding bonus to productions with female directors, cinematographers and key crew members.

The first of its kind in Europe, the scheme went into effect in early 2019, and so far 20 or so productions have benefited from it.

“Working with an incentive structure is more effective than working with a sanction structure,” says Zlotowski, “because once you raise political awareness, it can have a positive spread on all fronts.”

50/50’s efforts in Cannes are a testament to that. Two days after the 2018 Women’s March, Cannes chief Thierry Frémaux signed the 5050×2020 Charter, which resulted in the naming of a transparent, gender-balanced selection committee, and his hiring of Stéphanie Lamome as an artistic adviser with a pointed focus on promoting new voices. One year later, Diop and Ladj Ly, a male director admittedly but one born in Mali and brought up in a working-class suburb of Paris, brought their feature debuts to Cannes’ competition, and left the festival with a Grand Prix, a Jury Prize and distribution deals with Netflix and Amazon, respectively.

“Les Miserables” will represent France in the Oscar foreign-language race while Zlotowski, Sciamma, Triet and Winocour take their places as part of the dynamic generation reshaping French cinema.