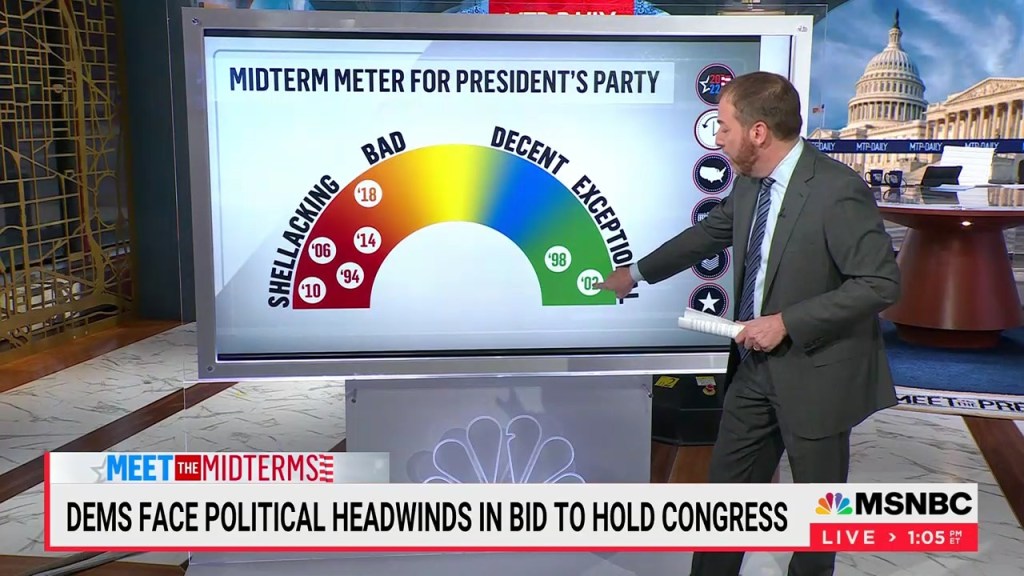 When Chuck Todd appears on MSNBC’s “Meet The Press Daily” Wednesday and Thursday, he will do so from Georgia, where he will meet Georgia officials and candidates for office, all part of a bid by NBC News to fan out across the nation to find the most important stories that will affect this  year’s midterms and the 2024 presidential race.

“You cannot be a national news organization and cover the campaign process from Washington and New York,” says Carrie Budoff Brown, the NBC News senior vice president who oversees “Meet The Press” and has been assigned to oversee the unit’s midterms coverage. “You really need to get out of those two places.”

Over the next weeks and months, NBC News correspondents will seek out influential people in battleground states and try to suss out emerging storylines in hopes of getting ahead-of-the-curve information to news and politics aficionados. Todd is expected to continue visiting battleground states in the months to come, with special “Meet The Midterms” broadcasts that will examine Senate and gubernatorial races in Arizona, Florida, Georgia, Nevada, Pennsylvania, Wisconsin and elsewhere.  These places should “have an outsized impact on understanding where the country is heading into 2024,” says Brown.

Meanwhile, NBC News will launch its latest “County to County” project, which entails embedding reporters in seven bellwether counties. Dasha Burns will report from Luzerne County, PA. Shaquille Brewster will report from Dane County, WI.; and Guad Venegas will report from Washoe County, Nevada. Their reporting will air across all NBC News and MSNBC platforms. “Meet The Press” viewers will see the debut of the “Midterm Meter,” a forecasting tool that examines data around the midterm political environment.

Brown, who joined NBC News in September, knows something about covering campaigns. She was previously editor in chief of Politico, the Washington publication that has done for politics what ESPN did for sports. Her time there made her realize that news organizations owe it to themselves not to be caught unawares and need to invest in coverage of storylines that emerge ahead of November ballot.

“You have to guard against those surprises,” she says.

The news networks have in the past vowed not to let what happened in 2016 occur again. Many news organizations were taken by surprise when Donald Trump won the Oval Office and many national newsrooms appeared to have latched on to a narrative that he wouldn’t be able to work his way to victory. They were incorrect. In 2019, NBC News President Noah Oppenheim said he intended to get more journalists with experience in specific regions of the U.S. in place for the future.

NBC News won’t wait until November to roll out big coverage. Todd and Kristen Welker, the news division’s co-chief White House correspondent, will continue hosting specials on streaming-video outlet NBC News Now, around big midterm events. The duo launched the concept in November, focusing an Election Night broadcast on the Virginia and New Jersey gubernatorial races. This isn’t the sort of thing networks allow to intrude upon their primetime schedules, but the streaming effort captured the niche of audience interested in the events and “exceeded expectations in terms of eyeballs,” says Brown. “We see that as a great sign of what we can build there and we have mapped out as many as five, maybe more, specials we will do on key primary nights and really lean into it.”

She expects to do more to help viewers connect to all the work coming out under NBC’s “Meet The Press” umbrella, which also encompasses a “First Read” newsletter. The work being done today, says Brown, will “identify the stories people will be talking about tomorrow.”