Christina Aguilera, Ricky Martin and Charli XCX will perform at this year’s amfAR benefit at the Cannes Film Festival. Robert De Niro will also be honored at the 28th annual event.

amfAR, the Foundation for AIDS Research, hosts the fashion show at Cannes Film Festival every year. This year’s show will be curated by Carine Roitfeld, a French fashion editor and supporter of amfAR best known for her work as the former editor-in-chief of Vogue France and for founding “CR Fashion Book.” 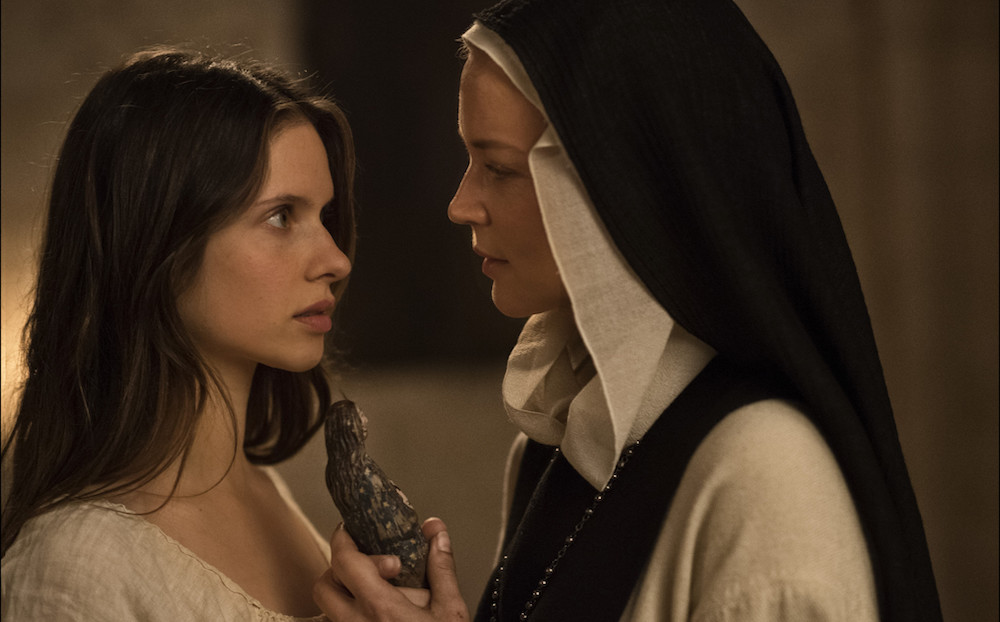 As the number of coronavirus cases in France rises to 1,126, the country’s health minister has banned gatherings of more than 1,000 people in an effort to contain the outbreak, which has already caused 19 deaths.

In a televised press conference on Sunday evening, France’s health minister Olivier Véran said some exceptions to the ban will be made for exams, public transportation and demonstrations, among others.

Véran had previously issued a decree on Thursday for indoor gatherings of more than 5,000 people until May 31 — a date that was later readjusted to April 15.

Although the minister didn’t provide a timeline for the new 1,000-person ban, it is also believed to be valid until April 15, which raises concerns about several events, such as Series Mania, the international series festival set to run March 20-29 in Lille.

Series Mania organizers said earlier this week that they were not concerned by the ban because they don’t host more than 5,000 people in the same venue simultaneously. In reaction to the decree, the event even issued a letter to delegates saying they were expecting about 3,000 participants, which would allow them to maintain the festival.

Meanwhile, organizers of the Cannes Film Festival, set to kick off May 12, have said they are still pursuing the selection of films and will be unveiling the lineup on April 16. The event said the number of registered participants was up 9% as of Friday.

Along with Italy and Germany, France is one of the countries that has been hardest hit by coronavirus in Europe. The virus outbreak in France has already caused the cancellation of MipTV, the Cannes-set international TV showcase that was meant to run March 30-April 2, while Canneseries, the annual drama festival run in partnership with Reed Midem, has been postponed to debut alongside Mipcom in October.

While the vast majority of the country’s 2,000 theaters are open, many distributors in France — notably Warner Bros., Studiocanal and Le Pacte and Gaumont — have postponed their film releases.

The haul — achieved via cleverly marketed special screenings scheduled to end at the stroke of midnight — marks the strongest ever China opening for a local arthouse film. The first day score includes over $15 million of pre-sales.

But the film is unlikely to be able to keep up such momentum as backlash mounts from mainstream viewers who feel they were tricked by misleading promotion into watching a high-brow flick they could not understand.

Earnings on its second day (Jan. 1, 2019) were just $1.5 million according to data and ticketing platform Maoyan. And by early afternoon Wednesday, “Journey” had sunk to sixth place at the box office.

User reviews from across the country wrote of movie-goers falling asleep within the first 20 minutes or walking out en masse. Some 75% of all Maoyan users who left comments angrily blasted the film with 1 or 2 out of 10 ratings, for an dismal aggregate of 2.8. “The worst movie in history! Tricksters, thieves! I’m indignant – it’s a total bomb, the worst trash of all trash!” wrote one in a common refrain, as the hashtag “Can’t Understand ‘Long Day’s Journey Into Night” trended on social media.

“Journey” debuted at Cannes in May and is the rising young auteur’s second feature. It tells the story of a man who returns home after over a decade away and searches to reconnect with an old love. The film also switches from 2D into 3D midway through before concluding in an ambitious 59-minute dream sequence shot in a single take.

Bi’s first film “Kaili Blues” won him accolades and critical attention abroad but made much less noise at home, where it screened for mere days in mainland theatres and earned only $942,000 (RMB6.48 million).

The latter’s success has been thanks to a viral marketing campaign that billed the slow, dense film as a couples-friendly romance. Playing off the Chinese title, “The Last Night On Earth,” opening night screenings were scheduled to begin at 9:50PM so that the last minute of the film, in which stars Tang Wei and Huang Jue lock lips, would fall at the first stroke of 2019. The event was sold as the ideal date to ring in the new year, with couples encouraged to attend in order to share their own “cross-year kiss.”

“Do you know what kind of sweet talk you’ll use to invite someone to the last film of 2018, The Last Night On Earth?”, asked promotional messaging.

The campaign spread for weeks on Weibo, Wechat, and other apps, with even the official state broadcaster CGTN asking: “How will you spend your last night of 2018? Watching ‘Last Night On Earth’ or eating a big meal?” It did especially well on popular short video app Douyin (Tik Tok in the U.S.), which in China tends to be favored by a slice of the public generally more fond of “Transformers”-type shoot-em-ups than abstract, Tarkovskian meditations.

Midnight screenings for opening night sold out across China in pre-sales, even with tickets in some cities going for RMB300 ($44) a pair. Thanks to Douyin’s reach, nearly half of those who indicated they wanted to see the film on Maoyan hailed from third and fourth tier cities, with only 17% from first-tier metropolises — the opposite of the usual breakdown in China for arthouse films, according to Wechat account Yuledujiaoshou, or “Entertainment Unicorn.” “From the ‘literary youth’ to the ordinary teens, all were duped by the magic of the ‘cross-year kiss’,” it said, using a popular term for artistically inclined hipsters.

Meanwhile, there has been an unusual class element in the backlash from the Douyin crowd, with “Average Joe” viewers railing against the film’s more sophisticated target audience.

“It’s so hard to be a common person: you spend your own hard-earned money to go to the movie, and when it puts you to sleep the ‘literary youth’ still turn around and scold you, saying ‘this kind of dream was never meant for you Douyin users,’” wrote one Weibo commentator. Another put it bluntly: “Those who say that the film had artistic meanings that we’re just unable to understand them, please go eat sh*t.”

At an event for the film last month, Bi responded to criticism that his promotional team had hoodwinked such viewers by saying they had merely given a new group of people the opportunity to choose to see something different.

“My colleagues promoting it didn’t steal or rob — they just used their own abilities and knowledge to do their task. I don’t think they’ve done anything wrong,” he said. “I myself am from a fourth, fifth tier city. Are you saying that people there should only watch those kinds of [blockbuster] films? I’ve never believed that, although I don’t necessarily think that they’ll like my movie.”

A low-key man who has typically shied away from the spotlight, he added of the firestorm: “It’s an interesting moment — one I haven’t encountered before, and perhaps never will again in the future.”