Can We Talk About This?

Rather Than Cancel a Problematic Film, AMC Networks Asks ‘Can We Talk About This?’ 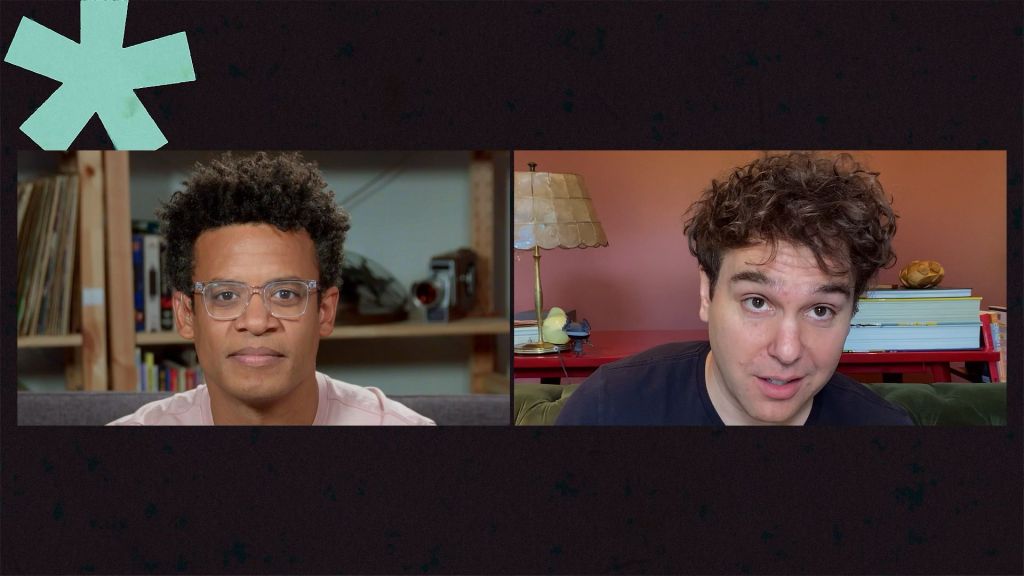 From racial stereotypes to issues regarding consent in fiction, to the news media’s treatment of pop stars, there has been a recent cultural reckoning forcing a closer look at past problematic depictions and behaviors. While for some the answer is to pull a property from being readily available, burying it in the depths of history, for others, namely AMC Networks, showing the original property through a new lens has been key.

Their “Can We Talk About This?” video initiative, which originally launched in late 2020, is designed to acknowledge what may have been acceptable at one point in history is not now and perhaps never should have been. These short, stylized videos featuring original film clips alongside new discussions between host Jordan Carlos and a slew of guests comment openly on specific elements of a modern classic film airing on AMC’s linear network. This way, the networks don’t lose programming, but rather get a chance to recontextualize it.

“Last summer when there were a lot of conversations around content and social justice, we were looking at our role as a media company, and the one thing we landed on was that we want to present content but [also] offer insight. And we wanted to do it in a way that was also informative and entertaining,” Blake Callaway, general manager, BBC America, IFC and SundanceTV tells Variety. “There are so many great movies, we don’t want to cancel them, but we do think there is additional information we can present when we look at it through today’s lens [to inspire] propelling conversation.”

The initiative has thus far focused primarily on such scripted films airing linearly on AMC as “Saturday Night Fever,” for which Mario Cantone joined Carlos to break down the misogyny and homophobia in the 1977 Brooklyn, N.Y.-set film and “Sixteen Candles,” for which Carlos welcomed Margaret Cho to explore the Asian representation in the 1984 teen rom-com. Its most recent episode sees Jon Lovett analyzing how embracing the counterculture in the Oscar-winning “Forrest Gump” set characters down bad paths and how so many of the characters, the title one included, are caricatures. (They do not get into the fact that Forrest, who has an intellectual disability, is played by Tom Hanks, an actor who does not have what Forrest does, though.) Coming in August, Callaway previews, is a look at 1982’s “Fast Times at Ridgemont High” with Jenny Slate, who came into “Can We Talk About This?” having never before seen the film.

But, just last month in June 2021, the initiative expanded to also include documentaries airing on SundanceTV. That launched with last year’s “The Stand: How One Gesture Shook the World,” about track and field athletes and activists Tommie Smith and John Carlos and their 1968 Olympics protest against racism. It ​will also feature “1275 Days,” which tells the story of a teenager who faces a potential life sentence after a home invasion goes wrong.

What films get the “Can We Talk About This?” treatment stems from what films the networks have in license over a six-month period, Callaway says. But from there, they are not just ticking titles off on a master list. Last summer they put together an ad hoc group made up of members of various employee resource groups to talk about the content and in doing some, “some titles just bubbled up,” he says.

“Sixteen Candles” was one that was first brought up for its depiction of Asian characters, but when they looked more closely at the film, they saw a larger conversation could be had about consent, as well. Meanwhile, the discussion of “Forrest Gump” was further fleshed out due to Lovett’s passion for and knowledge about pop culture.

“It’s a bit of an open conversation with a cross-section of employees at different levels [and a consideration] for how informational and entertaining it will be, and then we go from there,” Callaway says.

While the “Can We Talk About This?” episodes live online, they also currently air as short segments within the movie, ala a commercial break.

“A lot of times a commercial comes on and gives you a reason to change the channel [but] we’ve seen they’ve stuck around and a couple of times we’ve even seen they out-perform the overall movie performance,” Callaway says. “We’re teeing it up in a way that is meant to be open, inclusive and a little nuanced.”

Since “Can We Talk About This?” is thus far aimed at what is airing on linear networks, television titles available to stream on AMC Plus have not yet received this treatment. But that is not to say that might not come down the pike in the future. Additionally, Callaway says, they see a live event tie-in element option, as well.

“We’re already talking about bringing this concept to the Sundance Film Festival next year, or maybe partnering with someone industry-wide,” Callaway says. “We want to support artist-driven projects and this lets us wade in, as well.”

Regardless of how far and wide this initiative may expand, though, the overall goal is to continue to see an “exchange of ideas” among viewers.